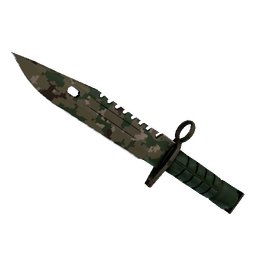 OG get revenge on Gen.G; advance to Flashpoint 2 playoffs

Aleksi "⁠Aleksib⁠" Virolainen's squad dominated their opposition to secure a playoff spot in the tournament.

Gen.G were unable to repeat their upset win over OG from the opening match of Flashpoint 2 group C, with the consolidation match of the group going OG's way in convincing fashion.

This time the series kicked off on Mirage, where OG secured a 16-6 victory off the back of an inspired Mateusz "⁠mantuu⁠" Wilczewski. Train was a closer affair scoreline-wise, 16-9, but OG never looked threatened, posting a near-perfect CT side, 13-2.

When asked about the difference between the two games, OG captain Aleksib said that "not much changed", explaining that the practice and preparation was the same, but noted that the 2-0 win over Cloud9 helped bringing back the confidence. OG have now advanced to the playoffs of Flashpoint 2, while Gen.G are the fourth and final last-chance qualifier squad. Gen.G picked up 3-1 lead on Mirage after success with a second-round force-buy, but OG secured their second after getting back on rifles and went on a strong run. Two 1v2s from mantuu were key to them getting an 8-3 lead, however, Gen.G scraped their way back into the match to end the half 9-6 behind.

Following the switch, OG pulled off a 4v5 retake of B in the pistol, which allowed mantuu to get back on the AWP early. The British player continued on his tear, bringing the game to an end, 16-6, after his third clutch and 31st frag of the game.

Train looked nothing like the map that was played between these two teams in the opening series, as OG's defenses looked impenetrable. The European side ran up eight rounds straight before Kenneth "⁠koosta⁠" Suen clutched the first for his team, only for the European side to regain control of the map with a lockout round in the next.

Trailing 13-2 as they switched to the CT side, Gen.G stayed alive thanks to a force buy, running it back to 14-9, but it was just a matter of time before OG found a crack and closed out the match, 2-0.

With this result, six out of eight Flashpoint 2 playoff teams are determined, with the last two spots being filled from the last-chance qualifier that also features Envy, forZe, and Dignitas.

deBurrows
mantuu proving he is top quality player every game.
2020-11-21 19:42
Login or register to add your comment to the discussion.