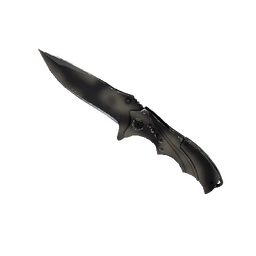 Vitality beat Heroic to set up semi-final clash with Complexity

The French side came out on top of this match between the two best teams in the world, ending a painful losing streak against the Danes.

Vitality are through to the semi-final stage of IEM Beijing-Haidian's European division following a 2-1 victory over Heroic, exacting revenge on the Danes after losing the previous two matches against Casper "⁠cadiaN⁠" Møller's troops — the grand finals of ESL One Cologne and DreamHack Open Fall. Heroic overcame a poor start to the series — a painful thrashing on Overpass — to take the series the full distance after fighting back from two match points down on Nuke. Inferno was more one-sided than the scoreline might suggest as the French side dominated play for the majority of the game.

Cédric "⁠RpK⁠" Guipouy and Mathieu "⁠ZywOo⁠" Herbaut both played a key part in Vitality's hard-fought victory, but the nickname on everyone's lips as the series came to an end was that of Nabil "⁠Nivera⁠" Benrlitom. The Belgian youngster was brought on for the final map and proved decisive with a 1.31 rating, earning praise from Dan "⁠apEX⁠" Madesclaire.

"I agree we're playing good CS, even though we made some mistakes on Nuke and a little bit on the T side of Inferno, but the rest was really good," Vitality's in-game leader said after the match when asked about the team's impressive display. "Having Nivera stepping up — this guy is really talented, he's like a small ZywOo. That guy is really insane, he's really hungry to play more. He showed up and I'm really happy for the whole team. Everyone stepped up." ZywOo topped the scoreboard as Vitality moved past Heroic

The French team set the pace early on, racing to a 5-0 lead on the T side of Overpass, their map pick. A 1v2 clutch by Nikolaj "⁠niko⁠" Kristensen kick-started Heroic's recovery, but their respite wouldn't last: Vitality continued to wreak havoc across the map, constantly opening holes in the opposition's defense with key opening frags, with RpK ending the half with 17 frags to his name and a 117 ADR.

Vitality were unwilling to take pity on their stunned opponents and continued to add to their lead after switching to the CT side, with apEX picking up three quick frags in heaven in the pistol round to punish the Danes for a missed smoke. Heroic still attempted a response, but any round they won was quickly countered with a round by Vitality, who breezed to victory.

The French team carried their momentum into Nuke as they strolled to a 3-0 lead on the CT side, but then Heroic found their footing in the game and took the lead. Vitality battled back in the final stages to take a narrow 8-7 lead, with RpK once again leading the charge (16-11 score, 100 ADR).

Heroic came out of the break revitalised and won five rounds straight to get a firm grip on the contest. Vitality picked up the pace and hit match point at 15-13 after a spell of dominance that saw them cut through Heroic's defense with ease before the Danes fired back with two in a row to reach overtime and then four more after regulation to take the series to a third map.

Nivera came on for Richard "⁠shox⁠" Papillon on Inferno and he immediately made his presence felt, racking up 14 frags as Vitality went on a 9-0 run after losing the pistol. Heroic once again looked sluggish and off the pace, but they still managed to put together a few rounds to keep their comeback hopes alive as they switched to the CT side.

The second half began with Heroic pulling three back before Vitality responded with a streak of their own to get within touching distance of victory. The Danes tightened up their defence and gradually took the upper hand, but they were left to pay the price for mistakes in two rounds, with ZywOo putting the game away with a clutch on the B site. DanishDelight
It was just a fail by me, as i only looked quickly at the scoreboard, cadian -1 zywoo +30 and then nivera second with 27 kills what the hell... Not watching Vitality matches unless it's against Astralis though, so didn't expect them to change midgame, but guess they've done it before since you say it like that then?
2020-11-20 23:08
8 replies
#23
m0NESY |

Happy2Majors_S1mpleTooToxic
nah I think its a great things since misuta and shox can stop training on dust 2/inferno and nivera only has to train on 2 maps -> More time for everybody to practice etc (sorry for my terrible english im really tired)
2020-11-20 23:22
5 replies
#46

DanishDelight
Thing is, that I doubt it will be possible to change during a match at lans and major, so they need to go for banning that one or two maps all the time, or play with guys that don't really practive it?
2020-11-21 00:59
4 replies
#51

DanishDelight
Astralis tried with 7, but got 6 now. Dont forget Bubzkji. They dont aim to switch midgames though How can you be sure they will be allowed to do it offline? that will cause too much interruption and possible technical issues to change during a series. Can you imagine playing on the stage in front of a full crowd. Hold up guys, 20 mins break, cause we gotta change a player and get him hooked up to this pc that the other player was just using
2020-11-21 02:04
2 replies
#62

PowwneD
I'm pretty sure that XTQZZZ and the Vitality staff would not have took the risk to do it if they can't use it this way in LAN. Also Misutaa is still in school so that let him more time to do both in an optimal way
2020-11-21 11:52
#20
ALONSO |

FrenchProtector
What was that about choking, French mentality? Looks like Heroic were the ones who got tilted/pressured to me.
2020-11-20 23:21
#32

I_was_a_potato
Hell no Pay to win would be if just adding more players would mean better results. That's not the case, it's just Vitality not only has a really good game plan but their rotation system makes it clear who plays when in order to maximize the team results. This is how the 6th man should be used not as a goddam burnout sub (Astral is)
2020-11-21 00:45
1 reply
#48
chrisJ |

Trainerherp
Indeed Astralis is wasting a young talent like bubzkji by benching him Should play him on maps like dust2 or nuke where dupreeh isn’t really good at
2020-11-21 01:05
#47

PowwneD
Yes but you can't buy the chemistry and the intelligence in the approach of the game, in Vitality case it let Misutaa having more time to do school lessons and letting him not to play on a map on which he is unconfortable on (dust 2) whereas Nivera has only to play 2 maps where he is vert confortable on (dust 2/ Inferno) and also provide a solution to the B site CT side of Inferno on which Vitality as a whole was unconfortable.
2020-11-21 11:58
#68

Nairelav
There is also something else ppl should keep in mind about it, ofc not every teams can afford having 6 players in their team but also not every team play as much tournament as Vitality which can lead some players to burnout (and every other top 10 teams, also most of them are powerful orgs so they can afford it)
2020-11-21 12:46
#59

cedd
vitality seriously outplayed heroic in this bo3 and choked a bit in both nuke and inferno, but otherwise looked mostly in control. was rly impressive
2020-11-21 02:54
#58

VforVictory
maybe, but more probably not
2020-11-21 09:33
Login or register to add your comment to the discussion.