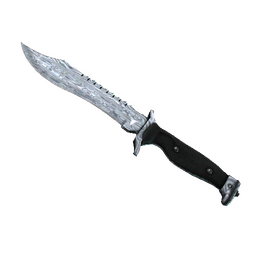 The roster, which currently resides at No. 31 in the world rankings, will not be re-signed by their organisation due to the "ongoing strain of the global pandemic" on the Whalers' parent company.

Since signing with the organisation in January, New England Whalers have enjoyed modest success, placing second in ESEA MDL Season 35 and scoring a 2-0 victory over FURIA in IEM New York North America, a result which saw them move up to 27th in the rankings.

ben1337 and company will begin the search for a new organisation

The release of the roster follows a dismal period for North American Counter-Strike, with 100 Thieves pulling out of the game earlier this year and a recent report from DBLTAP indicating the impending departure of the Chaos organisation.

The team will enter free agency on December 6 and are open to offers from organisations. They hold a spot in ESEA MDL Season 36 and are slated to play in DreamHack Masters Winter North America, their final event under New England Whalers.

The following members are set to enter free agency following the expiry of their contracts: shooterr
NA will kill NA scene like in CSSOURCE. bad move again. In future they will need years to compare with europe like happened with 1.6 vs source. Valorant is a dead game, csgo is breaking all records now.
2020-11-22 23:37
14 replies
#37

Phamous3k
I mean... Valorant is literally growing in a pandemic and NA CS is all but dead & moved to Val... It's less of Val being a dead game, and more so Valve's hand-off approach has it's flaws. Works amazing in EU if investors, organizations and players support and build the scene from the ground up.. Just saying... I get the obvious answer is "Val dead, val fan boy, trash game" etc. But it's much deeper than that.
2020-11-23 00:02
13 replies
#54
Postman |

HIPHOPPER
valorant is indeed a trash game, just wait until it dies like apex, fortnite, pubg and all the shit wich came out the recent years. Also noone is watching VALORANT meanwhile everyone is at home during a pandemic and the viewernumbers are shit
2020-11-23 00:46
8 replies
#56

Phamous3k
I mean look... Believe whatever you like... And when it comes to esports battle royale games just aren't the easiest to watch. Lot of times viewers attach to the content creators... These are casual games for the most part. Anyways, not going to convince you but, people been saying Val was going to die back in April... There's a pandemic and orgs & players are still heavily investing. But hey, look at CSGO numbers during a tournament and say "SEE, CS IS better!!". Not going to stop anything with Riot. Once LANs and a league system get involved mixed with Riot marketing I mean... It'll stick around for many years... But hey, think it'll die soon cuz CSGO better lol. I personally enjoy both... See 0 reason to choose.
2020-11-23 00:53
6 replies
#81
Twistzz |

kick_adreN_from_liquid
+1 both games can coexist like LOL and Dota 2 and i think by valorant existing it'll benefit the CSGO players itself by the competition, just be thankful both games exist and play what you enjoy, and don't judge other people for not playing what you enjoy
2020-11-23 06:35
5 replies
#82
juliano |

kick_adreN_from_liquid
dota 2 > LoL or CSGO > Valorant is relative, that's your opinion, although i also have the same opinion as you, but not everyone agrees with that , Riot has a bigger influence in the asian scene, that's why LoL became the most popular esports in 2019
2020-11-23 08:23
3 replies
#93
juliano |

Larry69
How does Riot run things better than Valve for tournaments? Don't follow Dota so I can't comment on that but CS tourneys do perfectly fine and are always popular with or without betting. I don't even take chances with betting because I've gambled before and have always lost haha.
2020-11-24 23:31
1 reply
#111
juliano |

doggc
- They handle with cheaters better. - Advertising and Marketing - When was the last time you've seen any dota 2 or csgo promotion. While Riot spends a lot of money in marketing. - Betting sponsors - Riot made a restriction on gambling sponsors and follow through with it. - Community relations - Valve rarely communicates, while riot youtube.com/watch?v=EauwHZ0M81s - Healthier esports scene - Riot pays base salary to their players. While in csgo/dota you either make it to a top 10 team or you can barely survive the pro scene. Only downside with riot is that their esports is controlled by 1 company.
2020-11-25 05:27
#106

Larry69
Respect your opinion my guy but I'm sorry Valorant isn't going anywhere. All the generated hype from the game is gone. The game is pretty much dead. I grinded the first season but the broken characters and abilities are super annoying. I've seen videos of the new characters like Skye (think that is her name) where she is completely broken. The maps suck, each corner is like 6 feet deep and you can't clear anything without being exposed by 10 different angles. The movement feels like you're walking on mud 24/7 (you also don't even have to counterstrafe). The awp is broken. You wait until like the final 25 seconds of a round for anything to happen. It's just a super boring game and it is boring to play and watch (plus it is hard to follow). It is sad to see some NA players choose valorant over CS. Some of them I understand because they want a fresh start. But certain players like Skadoole, s0m, steel, and others I feel like could have had successful CS careers (excluding Skadoole cause he was already successful but I feel like he could still be a top awper). I feel like they will at some point come back to CS. Majority of the Valorant "pro" scene is just tier 2 or tier 3 NA pros or wannabe pros. I gave it a year before it died so we will see. CSGO is just superior in every way from the skill, movement, community, guns, utility, maps, list goes on. Sorry for the rant lol
2020-11-23 01:39
1 reply
#97

Phamous3k
No offense but, come on guys lol. Just use paragraphs. I didn’t read it but look, if your argument is dead game that’s cool lol. Like I said I’m not convincing people I just know once LANs, & league starts it’ll take off. Plus the game isn’t even released in China. But hey, feel as you will.
2020-11-23 16:32
#88

Phamous3k
As far as people playing games sure... When it comes to esports everyone took a hit. Overwatch, Siege, Fortnite, Dota2 etc. I know I know “dead games” I get that vague argument lol. But those titles had hugeee plans and had no growth in there esports. Val is a new ip and had growth in there esport scene during the pandemic. I can tell you how Siege lost tons of org support, or Dota cancelling TI and dwindling playerbase or Overwatch which... Wow. Lol. Not even sure what they can do. And of course Fortnite pretty much cancelled everything. So yes, people have been playing more games but that doesn’t mean the esport scene was thriving as well.
2020-11-23 16:41
#19

iNVERNEIXEN
You know that they will probably just be picked up by another org and play all together again right? That's how it works in NA. 1 Team assembled 2 Go through a good phase 3 With time end up going back to become a regular Tier 2/3 NA team 4 End up disbaning or getting released by their org 5 Get picked up by another org, or just "create" one themselves 6 Start losing games 7 Go back to Tier 3/4 8 Disban 9 Then all the players just go different NA teams And it all comes back to point 1 and so on.....
2020-11-23 00:24
1 reply
#46

stotte
I just went on steamdb to look at the playerbase in NA. Across all three servers, it combines to 20k total. San Andreas Multiplayer mod has the same amount of players LOL sa-mp.com/download.php
2020-11-23 01:04
2 replies
#107

Larry69
Where did you find that stat? I'm looking for region base for NA and I can't find anything. It only shows me today's peak, the peak for the month, etc. NA Cs isn't dead though, the pro scene may be a little rocky atm but the game itself and community in NA is still poppin.
2020-11-24 22:30
1 reply
#110

Larry69
Wouldn't say NA cs is dead. it's not but it is sad that players who are putting in work who are actually decent teams get dropped for no reason. The problem with NA cs is that players get egos. The "pro" scene in valorant are majority t2 or t3 na cs pros or wannabe pros looking for the paycheck. Which in a way is fine, but some of them switched to a game that is dead already and feel Like they will regret it in the future.
2020-11-23 01:45
#48
device |