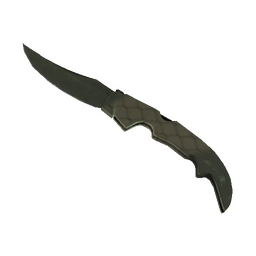 Sprout took a beating from Complexity on Nuke (4-16) and Mirage (4-16) and are out of contention in the tournament’s single elimination bracket.

Complexity showed their superiority against Sprout from the very beginning in their BLAST Premier Fall Showdown Round of 16 match, giving the German-Polish team no respect and making individual plays from the get go. Remaining the dominating force throughout the series, Complexity secured a spot in the tournament's quarter-finals in two maps, and are now waiting for the victor of NIP vs. Cloud9.

Sprout, who were out of their depth in their first and only match at the BLAST Showdown, will now return their focus to the ESEA MDL Season 35 playoffs, where they are playing Wisla Krakow at 19:30 for a spot in the consolidation final against sAw on Wednesday. Complexity stopped Sprout from planting on the B site of Nuke to kick off proceedings, although Sprout let themselves be heard early on, winning their first gun round with three kills by Denis "⁠denis⁠" Howell to make it 1-2. Complexity imposed their will with an aggressive play in lobby to stay ahead, and the CTs kept taking aggressive individual duels, not showing any respect. Complexity then kept their foot on the gas, not giving up a single round on the way to a 14-1 half.

Complexity managed to plant on the B site, but overextended in their afterplant defense and Sprout were able to pick off the Terrorists one by one, going on to defuse the bomb in-extremis. Three rounds later Sprout's comeback attempt came to an end, as Complexity won a clean play going down ramp and planting on the B site to hit match point, closing out the first map the following round, 16-4.

Complexity took the lead once again on Mirage, winning the first pistol round on the attacking side and going on to dominate the early rounds of their map pick. It wasn’t until the seventh round that Sprout were able to get on the board for the first time, but were once again overwhelmed the following round by a B play. Complexity stayed well ahead, and although Paweł "⁠dycha⁠" Dycha was able to get three kills, including a 1vs1 clutch on the A site, to tally another, Sprout wre unable to make an impact in the half, winning just one more round before switching sides.

Kristian "⁠k0nfig⁠" Wienecke took down three players in the second pistol round to keep Complexity charging ahead on the defense, and although Sprout were able to win their first round with AKs to keep the match alive, that would be it as Complexity went on to close the second map with another 4-16 scoreline to secure a spot in the following round of the BLAST Premier Fall Showdown. SW@G_2
a couple unlucky rounds on nuke == destroyed morale. I agree that mirage was not equal but had it gone to third map, sprout would have had a great chance of winning. Also if snatchie wasnt gettig fucked, game would not be this score
2020-11-24 16:01
3 replies
#33

SebL
Complexity is actually looking pretty good, with small changes I could see them fighting for the biggest tittles. Sprout have potential, they just need to work hard.
2020-11-24 16:31
2 replies
#30
thamlike |

p_nilly
Poizon hasn't really been showing up lately, and they've still been winning. He showed up today, and they literally became a steamroller. Sprout to me should really have achieved more, considering they havent changed roster in a fair amount of time
2020-11-24 21:14
1 reply
#38