Eight teams will duke it out in just over a week for their share of a $425,000 prize pool and a spot at the Global Finals.

The team list for the BLAST Premier Fall Finals is now complete following the conclusion of the Showdown tournament, which saw FURIA and mousesports clinch the last two spots in the season finals.

The duo will join the group winners and runners-up from the Fall Series in a double-elimination, best-of-three bracket that will run from December 8-13. The winner will earn the grand prize of $225,000 plus a ticket to the BLAST Premier Global Finals, scheduled for January 2021. Of the eight teams in attendance, two already have guaranteed spots in the Global Finals: Vitality, who placed second in the Spring Europe Finals, and Natus Vincere, who have qualified through the BLAST leaderboard, a ranking system that connects tournaments run by multiple organisers.

In case NAVI win the Fall Finals, they will qualify for the Global Finals through that achievement, opening up an extra leaderboard ranking place.

The complete team list for the BLAST Premier Fall Finals is the following:

BabaBlackSheep6969
In case NAVI win the Fall Finals, they will qualify for the Global Finals through that achievement, opening up an extra leaderboard ranking place.
2020-11-30 09:33
#2
BnTeT |

Khroni
unless OG find Astralis and Vitality and get instantly eliminated i can kinda see them making semis
2020-11-30 00:17
5 replies
#48

Khroni
the stuff thats written in this article is just the teams attending groups and seedings are released in another article before the event starts so for now we dont know who any of the teams will be facing
2020-11-30 10:15
#28

Matrixrl1
who knows if thats the right choice for the team tho. Amanek has shown in the past how he can be the secondary AWPer and give up more space the players like niko might need.
2020-12-01 10:23
#41
LaimB |

Electronic_best_rifler
They get to finals which are bo5s Against astralis it was one of the most entertaining finals Against vitality , navi were just exhausted This time i feel they should have fixed mistakes and ready for the competition Gl
2020-11-30 13:48
#60
s1mple |

iamthealpha4
This is gonna be an epic tournament. We've got the in form Vitality, who have undoubtedly been the best team of 2020. There's Astralis who are capable of bringing any team come to tears. NAVI & G2 do choke quite a bit, but they can be a horrific nightmare for others. OG can surprise other teams. Mouz & Furia have been outstanding reaching here and hopefully they'll keep going like that. GG
2020-11-30 08:15
#71

offonyes
Finals. NAVI vs Astralis. NAVI will lose again
2020-12-01 14:09
Login or register to add your comment to the discussion. 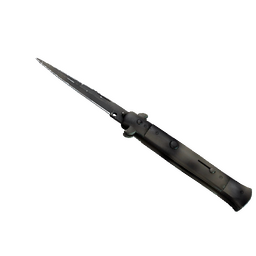