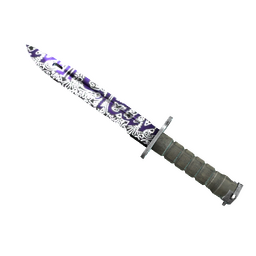 Peter "⁠stanislaw⁠" Jarguz's team has skipped another event due to COVID-19-related travel restrictions.

Evil Geniuses have decided to withdraw from IEM Global Challenge, with Liquid being invited to replace them as the next North American team in line according to ESL's World Ranking, the organizers have announced.

The $500,000 tournament is the second EG have decided to pass up on as a result of "COVID-19 related restrictions" within the past week, after they also skipped the BLAST Premier Fall Showdown at the last minute for the same reason. Liquid will extend their stay in Europe

Evil Geniuses' withdrawal from the tournament means that they have nothing left in the calendar until the beginning of 2021, with their next showing set to be at the BLAST Premier Global Finals on January 18-24. They last attended IEM Beijing-Haidan in North America, where they placed third-fourth after a loss to Chaos in the semi-finals.

Meanwhile, Liquid will prolong their stay in Europe until the end of the year. So far, their campaign in the Old Continent saw them go out in the semi-finals of BLAST Premier Fall Showdown at the hands of FURIA and fail to qualify for the Finals.

At the moment, Jake "⁠Stewie2K⁠" Yip and company are competing in DreamHack Masters Winter, in which the North American side is currently playing against mousesports in Group B's upper bracket quarter-finals.

IEM Global Challenge is set to run from December 15-20 with eight teams in attendance, including the world's top four sides according to HLTV.org's ranking — Vitality, Heroic, Natus Vincere, and Astralis — as well as FURIA, Complexity, and Chaos.

knownsock
Ethan has been playing this glorified support role since like Star Series last year he did an interview about it
2020-11-30 19:39
1 reply
#103

Festive_
i'm not saying he wants to leave for valorant (if he gets kicked it'll be because he's the worst player or bad attitude) but if he gets kicked it would be easier for him to get picked up there than in cs i doubt it's relationship with the team though. he's played with them for a long time now and he's good friends with cerq
2020-11-30 19:04
2 replies
#83

GGNORE33
Who gives a F about them traveling to EU...ofc they won't easy paychecks no pracc nothing all the teams that they have to play against there (decent one that you can actually do something/learn) are in EU. Just an excuse to extend the holiday ;) What you expect from Tarik and co
2020-11-30 18:37
1 reply
#107

Festive_
as far as i know the only restriction in California is a 14 day quarantine when they come back. 2 week quarantine is unpleasant but worth it for the biggest tournament they’ve ever qualified for. i don’t think covid restrictions are the only reason keeping EG in the US
2020-12-01 00:24
2 replies
#104

Bernie8817
It's regarding the Ranks in NA. EG were the best team not yet qualified in NA, but because they can't come, it goes to the second one, which happens to be Liquid. I really think some other teams would be better, but this is how the tournament put, so... Let's just hope they play at least good enough in order not to make me cringe...
2020-11-30 19:27
2 replies
#87
coldzera |

SalttyNoodles
Quarantine depression? They probably need time off on the holidays to regain their confidence from losing to chaos and getting smashed in EU.
2020-12-01 19:44
#42

MitchCrompton
EG can't right now, both teams travelled to Europe when restrictions loosened, EG went back home but Liquid didn't so now Liquid are stuck in Europe and EG stuck in NA cus restrictions have tightened
2020-11-30 19:24
2 replies
#77
roeJ |

sycr0nE
Probably has something to do with pre-travel restrictions. Liquid had planned to travel to EU around the time EG did. But EG made the mistake of coming back and now they are unable to go back.
2020-11-30 20:14
#45
rigoN |

xaboff
The first makes the most sense, while the second makes no sense, because you could just travel to a different country or just play in quarantine
2020-11-30 23:14
1 reply
#95
Roman R. |

DELUSIONAL_EliGE_FAN
still better than trash geniuses, sorry not sorry eg even postponed their games for blm, biggest betas ever. liquid only did because of cringe chaos
2020-11-30 19:01
1 reply
#65
AmaNEk |

Anarchybr
Imagine going to EU to just lose 2 games and don’t play any other matches at all. Lol EG’s manager is a braindead for making the team go back to US play a shitty tier 5 tournament
2020-11-30 20:16
#84