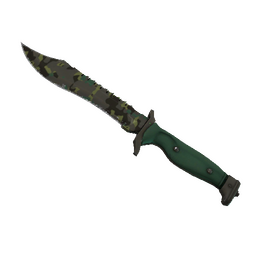 Complexity needed all three maps in their series to overcome FaZe, while Cloud9 ended their bout against Spirit 2-0.

Complexity and Cloud9 join Heroic, Gambit, mousesports and FURIA in the DreamHack Master Winter playoffs after winning the Group A lower bracket semi-finals against FaZe and Spirit, respectively.

The 'juggernaut' and the 'colossus' survived elimination from the DreamHack Masters Winter lower bracket in their final group stage matches. Both teams were able to put forth dominating performances, with Cloud9 beating Spirit 16-4 on Dust2 and Complexity winning Inferno against FaZe with the same score line, although they also struggled at times, as Cloud9 took Nuke in the last round and Complexity needed a third map to seal the deal after losing their pick in overtime. Complexity are among the top 8 at DreamHack Masters Winter

FaZe and Complexity started their series off on Inferno, where Benjamin "⁠blameF⁠" Bremer and company dominated on the CT side to plow through FaZe 14-1 before switching sides, closing the map out 16-4 to take the series lead. They were then quick to get ahead on Nuke, trying to bring their momentum over, but FaZe awakened and took a close 8-7 half on the CT side. They then looked poised to close the map out after winning the second pistol round, but a 1vs4 clutch by William "⁠RUSH⁠" Wierzba put his team right back in the swing of things, although ultimately it was Marcelo "⁠coldzera⁠" David and company who were able to bag it after two sets of overtime to take the series all the way to the decider.

Reinvigorated after their victory on Nuke, FaZe set the pace on the attacking side of Mirage, going up 6-2 early on, but the tables to turned as Complexity were able to build an economic game, winning the last seven rounds in a row to lead 9-6 at the switch. Complexity hit double digits after the second pistol round and dashed straight for the finish line, securing the map 16-7 to punch their ticket to the quarter-finals.

Cloud9 took control of proceedings against Spirit early on, with a swift 5-0 lead on the attacking side of Nuke. After splitting the remaining rounds of the half, Alex "⁠ALEX⁠" McMeekin and company hit double digits, 10-5. A crazy second ensued as no team could win two rounds in a row until nine rounds in, after which Cloud9 were able to secure the win 16-14. The European squad then imposed their will on Spirit’s pick, Dust2, crushing the CIS squad 14-1 on the CT side before closing the map and series out, 16-4, in a solid team effort.

IWASRUNNING
He had to be either feeling under the weather, throwing, or getting countered hard....haven't watched the match yet tho. I expected mir to dance around C9 honestly.
2020-12-03 16:45
2 replies
#37

LoOuU2
i havent got to watch too many Complexity games either since his addition , but i feel like his roles arent doing him justice at the moment , he needs time. Mir definitely should have had a great game today but , one of those bad days i guess.
2020-12-03 22:00
1 reply
#41
HenryG |

Retardino
olof was my favorite player for the longest time but he needs to retire so he could not tarnish his legacy and not do another f0rest and get right
2020-12-03 16:33
6 replies
#15
apEX |

DELUSIONAL_NITR0_FAN
Go full streamer, work on weekdays job, get married, have kids as well as cute grandkids & as the evening turns dark it's time for him to ride off into the sunset. What a perfect retirement ~
2020-12-03 17:44
1 reply
#42
TheEntireNationOfKenya |

SebL
Complexity is showing some potential, with small changes they could be a TOP 5 team. It's sad to say but honestly it would be better for everyone if FaZe would just go seperate ways. Cloud9 is looking really good. Spirit has potential, they just need to work hard.
2020-12-03 17:14
4 replies
#31