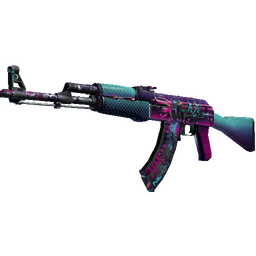 The 23-year-old player is out of the active roster after expressing his desire to pursue other options.

João "⁠felps⁠" Vasconcellos's nine months as an active BOOM player have come to an end, as the former MIBR and SK player is placed on the bench of the Indonesian organization after communicating that he wants to leave the team.

As felps is on his way out, BOOM have been spotted practicing with Fernando "⁠fer⁠" Alvarenga, who was released by MIBR on Tuesday. Meanwhile, according to a report by DBLTAP, felps is looking to become a part of a new project led by Epitacio "⁠TACO⁠" de Melo and Ricardo "⁠dead⁠" Sinigaglia. felps is out of BOOM and could be replaced by fer

In the announcement of felps' benching, BOOM noted that they are "surprised and saddened by his decision" to pursue other options, but that they "fully accept it".

The organization added that the remaining players remain committed "to this organization and each other, and are excited to continue their unprecedented success". Since entering the "online era" in March, BOOM have been dominant in the Brazilian scene, winning 70 maps from 83 played, and claiming eight event wins in a row.

According to DBLTAP's report, felps is leaving BOOM behind to become a part of TACO's project, where he could also link up with 17-year-old Brazilian prospects Bruno "⁠latto⁠" Rebelatto and Eduardo "⁠dumau⁠" Wolkmer. freekierkegaard
dead confirmed he wont be coach, hell be just manager. ig he never wanted to be coach, specially because he doesnt have enough knowledge abt strats, he seems to be just a good guy at rapport.
2020-12-06 03:08
2 replies
#149
arT |

freekierkegaard
i agree he seems to not know much stuffs abt game, but he still is the responsible to manage one of the best teams of csgo history. def he wont be a good guy at ingame stuffs, but maybe he's good at people management.
2020-12-06 17:38
#16

JasonRacism
Furia should get Felps if they are kicking HEN1 and or VINI, I doubt Taco's team would have an org or at least a big buyout behind it yet so Felps could just freely go to Furia if Furia decide to
2020-12-05 23:07
8 replies
#75

bzz1
This doesn't make sense. HEN1 is an Awper felps is rifler and VINI is not getting kicked. There are some speculations that junior will join FURIA to replace HEN1
2020-12-05 23:10
6 replies
#95
mixwell |

furia_never_fluke
Furia just talked to Chaos because their org is leaving the scenario. Furia's Ceo already said that are looking for a six player like astralis. Nothing was said about removing anyone from the team, including Vini, who are a beast.
2020-12-06 02:01
#138
mixwell |

JasonRacism
''FURIA reportedly do not rule out the possibility of doing multiple changes, with a second player potentially being shown the exit door as well.'' I thought i remembered seeing VINI's name somewhere, Might of just been people presuming it being VINI tbh, But i haven't really looked
2020-12-06 03:47
#108
s1mple |

ProdigioGG
But yes I know what's better, If you're in a team that's winning everything, everyone is performing well and you leave this to a uncertain project with Taco and other 4 random brazilians me and everyone knows it's BS.
2020-12-05 23:35
1 reply
#103
HEN1 |

SH1NoOB
Its obvious that he got benched, boom thought fer was a better option with the media and fans he brings, and his suposed skills. I think it will be bad for boom, fer is retired. Hes basically the new fnx, brings fans but doesnt deliver on the server.
2020-12-06 08:27
1 reply
#179
HEN1 |

Mykolkaa
He literally donated his whole share from a 100k prize money that fnatic just won in a tournament. That’s quite a huge sum and judging by how fallen made flusha look like a god it was probably like 90% of all the expenses
2020-12-06 02:47
1 reply
#132

JaspCardoso
Everybody recognize this, flusha helped a lot. But they were about to sell their moms to go international, that would happen either way, flusha made it much easier.
2020-12-06 01:50
#65
cogu |

LoOuU2
quite strange decision by him , at least should have sticked around till BOOM played in NA . But good luck to him , he was literally smurfing in SA scene anyway.
2020-12-05 22:37
5 replies
#50
blackpinklisa |

LoOuU2
well according to the rumors , it is in fact an offer but neither from both of those teams. The team he is rumored to join is gonna be NA based however , my point being that the BOOM guys found so much success together in their own region that he could have waited to see how his team does in the NA region , which they were gonna be part of untill Rona striked.
2020-12-05 22:44
#57
yuurih |

Anarchybr
This. Brazilian scene is way more talented than Europeans think.... the best guys all have individual skill to play in tier 1, the only thing holding the teams back is coaching / strategies
2020-12-05 23:02
#144
blackpinklisa |

RUNSKGIMTLG
Probably wasn't even his choice. Boom was playing with Fer already, they were planning on kicking him, so he left before that happened.
2020-12-06 00:42
3 replies
#131

Viquersvikers
Well lets hope fer nailed This One... Because, idk Man many said leo_drk owning eu fpl players, V$m top level Player, lucas1 Are g0at.. But in front of BOOM, those players Are really getting de_stroyed... I really Like This team , i wanna see what This team can do. But apparently felps leave the team to fast and getting replace by fer.
2020-12-06 01:26
1 reply
#162
dupreeh |

irrrregular
What a fucking idiot, LUL. He's leaving a very cohesive and good team that is classified to play the major to play with TACO, yes, you read it right, TACO + a bunch of 17 yo brazilian weebs. JESUS FUCKING CHRIST
2020-12-06 02:23
6 replies
#145

DoodlyDick
good team how? No offence to boom but they only played against some low tier brazil teams the whole time. He made a good decision now he can play against better competition, assuming that taco's team will stay in NA or EU.
2020-12-06 06:36
2 replies
#171
f0rest |