The international team will face fnatic on Sunday for a spot in the grand final.

OG took down MIBR 2-1 in the lower bracket final of Flashpoint 2 to claim revenge for Tuesday's defeat in the opening round of the playoffs. The first two maps were the same, though the pattern was reversed as OG ran out winners on Nuke before MIBR hit back on Inferno, where Vinicius "⁠vsm⁠" Moreira and Vito "⁠kNgV-⁠" Giuseppe combined for 41 frags.

The Brazilian AWPer racked up 37 frags on the decider map as MIBR battled back from a 7-1 deficit and took the game the full distance, though his efforts were not enough as the team made a flurry of mistakes in the second half that were capitalised on by OG. It is the end of their European journey, and while they largely exceeded expectations during their short time together, they will be kicking themselves for the shocking blunders that cost them the series and the spot in the consolidation final.

The match began at a frantic pace as neither side managed to assume control during the early stages of Nuke, MIBR's choice of map. The Brazilians then managed to get a foothold in the game as they put some rounds together to take a 5-2 lead, but the rest of the half was dominated by OG. OG moved past MIBR in a three-map affair

Aleksi "⁠Aleksib⁠" Virolainen's charges continued to add to their lead after switching to the T side and brought the scoreline to 12-9. MIBR then put their foot down to hold back their opponents, but their efforts would be in vain: OG kept the pressure on - even halting the Brazilians' momentum on a shoddy buy - and strung three rounds together en-route to a comfortable victory, with Nathan "⁠NBK-⁠" Schmitt delivering the finishing blow with a quad-kill to end the game on 23 frags.

MIBR had looked shaky on Inferno in the previous encounter between the two teams, but they were a completely different side this time around. Led by a fired-up vsm, the Brazilians came out with all guns blazing as they stormed to a 10-1 lead on the CT side. OG still put together some rounds before the side switch to keep themselves in the game, but their comeback hopes were immediately dashed: nothing went their way in the second half as MIBR enjoyed a spell of dominance and won several clutch situations, putting the game away without even losing a single round.

A Train decider seemed like daunting task for MIBR, who had played this map just once, a 16-5 thrashing by G2 in the BLAST Premier Fall Series a month ago. They were shut out during the early stages of the game as they found themselves trailing by six rounds but managed to find their rhythm as the half wore on. They won a couple of close rounds to wreak havoc on OG's economy and bring the deficit to a solitary round before the break.

MIBR won the following pistol in convincing fashion but then disaster struck as they were shockingly caught off-guard by a full eco. It took them some time to recover from that setback but they refused to throw in the towel and kept clawing their way back into the game with force-buys. In the end, however, a comeback was not on the cards as OG locked down the final round of regulation on a very weak buy, rubbing further salt into the Brazilians' wounds.

ashyra
HEN1 is enjoying a lot more success individually and as a group than he would if he were to join your roster. Steel is playing VALORANT and enjoying himself. Fox is teaching and inspiring young talent from Iberia. V$M is an amazing player that deserves a second chance. There are murderers who take someone's life and get less time. Leo is a great player who is an up and coming young talent. Trk is the same as Leo. You're just mad that these players came together on what might of been short notice, with barely any practice, and are making a name for themselves individually and as a team. Get over it, enjoy the Counter Strike, and stop being toxic.
2020-12-06 05:07
6 replies
#55
dOn't stOp mE nOw |

Yuukek
Furia has reached the limit with this composition, here either you need to make point replacements or there will be a sharp decline, remember the same Virtus Pro, Mibr, etc. Therefore, the following substitutions should be made: - Art (Let's call him the playstyle of not the smartest person, and this more and more often does not work, that sometimes he ends up matches with statistics of minus 20 and this is no good. And as practice has shown, he is not flexible, but what Furia lack to climb onto Olympus.) - Vini (Nice boy, always smiling, but a good person is not a profession. He can play with a positive kda only on Inferno, otherwise there is no gate for a potential top 1) - Guerri (Why do they need a person with the stigma of a cheater it's time to close this dark page and start a new one in the hope of bright times) Make Kscerato the sixth player because he's clearly underplayed lately. Maybe motivation problems? Then the bench will help him + Lucas (So Hen1 won't be sad. It will also give the brothers the motivation to get better every day. After all, this will add rivalry between each other and this, as practice shows, always leads to a positive outcome.) + Taco (Because a team needs a good guy and make him igl. After so many years of playing alongside the legends, he probably has accumulated a lot of ideas and experience, the main thing is to give him confidence and the result will not be long in coming ) + Fer (At the right moments, such tough guys are needed so that milk-drinkers didn't relax.In addition, he is already a real man who has mountains of experience behind him. Life always threw it out, but he still got up and walked on. They can always turn to him on life and everyday issues, he will always share his experience. In terms of playing qualities, there have never been questions about his playful form. He will always score his positive rating ) + Fallen (Coach. Super experience and maximum respect from the entire Csgo community. What else does it take to be the best coach?) And after they get used to each other, it will take literally from 2 weeks to 2 months, it will be a new death machine that all of Europe will be afraid.
2020-12-06 06:11
#56

Khroni
In this match they were definately not playing great Still so many individual mistakes but it could just be that it was late for them all Either way they should do better v fnatic later
2020-12-06 02:47
9 replies
#23

Termodynamicslad
I mean the train CT side of their is just possibly the worst CT side of all tier 1-2 CS. ISSAA does not know how to play popdog at all. Its pretty much 4v5. Their communication on the map sucks balls aswell.
2020-12-06 02:56
1 reply
#34

Khroni
I think aleksis admitted that comms about possible locations of enemies are terrible right now and its easy to lose people on train so it's not surprising Issaa does better when hes surrounded with others so if they could find a way to work that in he could do better
2020-12-06 03:14
#20

Doto_top1
Changes doesen't always mean roster changes he is probably talking about position changes or something in game changes
2020-12-06 10:41
#71

lukerey
honestly hope kngv find others great teammate that he can rely on. he's did everything but it wasn't enough. and for OG, they need to step up their game for next match, if not fnatic will stomp them. hoping OG can win flashpoint 2 even tho it seems not likely to happen. #DreamOG
2020-12-06 03:22
1 reply
#85
mantuu |

Slippery_Thing
A month ago, I didn't expected anything about this mibr. They came and quickly they showed how good they are. I wish good luck to this team. And I hope they remain together. #freeV$M
2020-12-06 03:25
#44
vsm |

Ram1to
A 1 month team facing the great ones of EU at same level. Everybody (even the europeans) needs to congrats MIBR for this last month's shows and competitiveness. See this guys playing in EU was great. Forget the teasing and let's give it up for the guys! GGWP!
2020-12-06 04:05
#45

hugoooo
You are thinking on the old way... rating 1.0 was the way you are saying you prefer, but it's not fair at all. The current HLTV rating (rating 2.0) is way more accurate when judging players performance during a match. Entry kills, clutches and multi kills that decides the round are way more important than killing while trying to save your weapon, or getting a single useless kill when you are on a 1v5, etc... the number of frags matter, but THEIR IMPACT matters even more.
2020-12-06 05:33
#54

shoxAttorney
He should always have it. That's what I loved about immortals *_* Teams shouldn't get him to fill some role, if they can't play around him they shouldn't get him. Too bad he's already 28, but it's amazing that such an old player is able to play this free role well. Most oldies become role players.
2020-12-06 14:14
#78

PqSxd
Kng insane, btw, ofc it's a 1 month team, but if you see the way they played at Inferno and Train compared to the other times they played, you can see their evolution.
2020-12-07 13:26
Login or register to add your comment to the discussion. 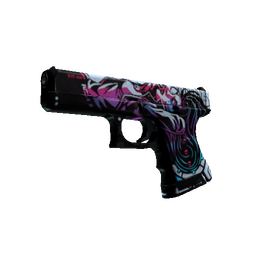