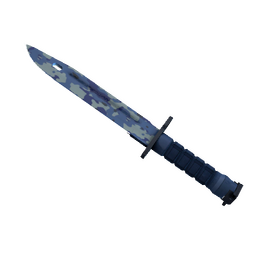 Finn "⁠karrigan⁠" Andersen's side will be eyeing one of the wildcard spots to compete in the Play-In stage of the Polish event.

FaZe received the final invitation to IEM Katowice 2021's main tournament on Sunday following mousesports' runner-up finish in DreamHack Masters Winter Europe. FaZe's qualification via the Road to Katowice ranking — which connects the ESL and DreamHack tournaments that are part of the ESL Pro Tour — hinged on the outcome of that final as they would have been pipped to the spot by karrigan's troops if they had managed to beat Astralis in the final.

But it wasn't just FaZe who breathed a sigh of relief as Astralis ran out 3-1 winners in a nailbiting final that lasted over five hours: OG would have dropped out of the qualification zone if mousesports had won the tournament and pushed FaZe to the Play-In. In the end, OG edged out mousesports in the Road to Katowice ranking by just 0.50 points. FaZe earned the last invite to the main tournament

mousesports are still expected to make the Play-In — a last-chance qualifier with 16 teams and eight spots on offer — as six of the remaining seven places should be determined by ESL's world ranking. mousesports are ranked eighth in the world by ESL following the latest daily update, with BIG being the only team ranked above them who still don't have a spot in either the main tournament or the Play-In.

IEM Katowice 2021 will run from February 16-28, with the Play-In tournament being held during the first two days of the event, according to the new double-weekend format that ESL will implement from 2021 onwards. Both the Play-In and the main tournament's group stage are expected to be played from the new ESL Pro Tour studio, but it's still unclear whether the playoff matches will be held at the Spodek Arena.

Below you can find the current team list for IEM Katowice 2021:

JKTP
Faze fan talking btw but why does that matter? They just made the finals in a tier 1 event. They also just won blast premier fall showdown over Heroic. What has faze done except winning iem new york months ago
2020-12-07 18:46
11 replies
#118

MikeAK
Faze is starting of with a new fresh team in January. Faze has struggled, but so has Mouse, but faze have lost an important player, and i playing without coach and IGL. When that changes, faze will be so much more powerful than mouse.
2020-12-08 10:17
3 replies
#153
device |

MikeAK
But I would say Faze deserves the spot more than mouse. The achievements this year is pretty similar for both teams, but faze has been through internal struggles within the organization and Mouse have not to the same extend.
2020-12-08 13:08
1 reply
#158
device |

JKTP
Is that making a stronger case? If your org has internal struggles they should focus on fixing that and not be competing. What really matter is how relevant the team is. Outside of a shock IEM win (3-4 months ago) they have done absolutely nothing recently. They just got absolutely destroyed in dmh masters winter while mouse made it to the finals
2020-12-08 14:54
#76

DDSkidrow
FaZe's qualification via the Road to Katowice ranking hinged on the outcome of that final as they would have been pipped to the spot by karrigan's troops if they had managed to beat Astralis in the final. tfw reading is hard
2020-12-07 17:25
4 replies
#64
malta |

HAPPIEST_MAN_FROM_MALTA
A rhetorical question is one for which the question does not expect a direct answer: in many cases it may be intended to start a discourse, or as a means of displaying the speaker's or author's opinion on a topic.
2020-12-07 17:26
3 replies
#89
device |

rehbobina
probably big will come from EPEC Winter spot, since it’s very unlikely to lose the spot playing against tier 2 teams, maybe that's why they haven't been invited yet
2020-12-07 18:44
#7

biggestidi0t
Because Mouse is 8th and Faze is 13th on the ESL ranking and recency definitely should matter plus mouse has a better winrate overall vs Faze 56 vs 48. All I'm saying is that it makes more sense for the better performing and higher ranked team to receive the invite.
2020-12-07 20:06
1 reply
#136

kami917
But you can’t perform for a month vs a team that has been performing all year. Faze had a couple great finishes before the player break and won New York all before mouse started really performing. I get what your saying but this wasn’t based just on this month.
2020-12-07 20:36
#18
electronic |

Please_FaZe_dont_choke
LETS GOOOOOOOOOOOOOOOOOOOO #FAZEUP God please listen to my prayers. Make Olof retire, he had a great career and there is no reason to mud it with bad performances just for some more $$$ from FaZe. PLEASE BUY GLA1VE WITH THE MONEY FROM NIKO PLEASE GOD PLEASE MAKE IT HAPPEN I KNOW IT'S 0.000000001% CHANCE BUT GOD PLEASE PLEASE PLEASE. Or at least karrigan idk, he is danish, he knows tactics, I guess it works too.
2020-12-07 17:52
1 reply
#123

Ex6WasRight
bunch of low iq people in the comments, it's obviously that when this tournament takes place Faze will already have made changes to their roster, and likely mouz as well if rumours are true
2020-12-07 18:13
#106

de_usvult
edible cbd faze cookies in ukraine
2020-12-09 01:25
Login or register to add your comment to the discussion.