The German team will be down to three players at the end of the month.

Marko "⁠kressy⁠" Đorđević won't extend his contract with ALTERNATE aTTaX for 2021, the 24-year-old announced on Twitter on Tuesday, becoming the second player to decide against renewing with the German organisation after Sabit "⁠mirbit⁠" Coktasar stated last week that he would be leaving the team at the end of the year.

Although kressy hasn't revealed his next team, he's reportedly on Sprout's shortlist alongside his teammate Fritz "⁠slaxz-⁠" Dietrich, according to DBLTAP, and could take over the spots left open by the benched Polish duo of Paweł "⁠dycha⁠" Dycha and Michał "⁠snatchie⁠" Rudzki. kressy could end up in Sprout's lineup soon

kressy leaves ALTERNATE aTTaX after a two-year stint, during which he helped the team win some smaller events such as ESL Meisterschaft Spring 2019 Finals and Eden Arena Malta Vibes Cup 2 in July 2020.

"We managed to win some events, but sadly we never reached our goal of entering and keeping the top 30 spot in the HLTV rankings," kressy said in a Twitlonger post. The German team peaked at No. 31 in the ranking in July after placing third in ESEA MDL Season 34 and winning the aforementioned Eden Arena Malta Vibes Cup 2, but now sits at No. 50 after some mediocre results.

ALTERNATE aTTaX are down to the following players and coach: TABSEN_IS_UNDERRATED
He is saying that it was leaked about a week ago that kressy and slaxz- joining Sprout and aTTaX will sign krystal, Krimbo and PANIX (both BIG academy players)
2020-12-22 16:42
8 replies
#44

TABSEN_IS_UNDERRATED
hahahaha idk if it is happening but this would be weird to have 2 igls on the team. Maybe scrunk is only temporarily until they find a replacement and then he becomes their coach
2020-12-22 16:53
2 replies
#52
BnTeT |

F0kussi3rt
I would love to see such a Mastrmind like kRYSTAL back in German CS. I think he could really help Attax to improve and i dont want to know what with players like stfn is going to hapend, who already play good but just need a little bit of experience
2020-12-23 22:54
#12 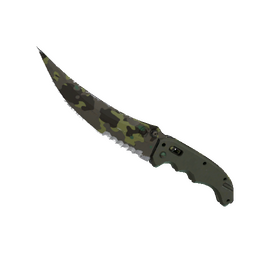