Both players have recently signed contract extensions with the CIS giants.

Oleksandr "⁠s1mple⁠" Kostyliev and Denis "⁠electroNic⁠" Sharipov have committed their futures to Natus Vincere after putting pen to paper on new deals until the end of 2022, HLTV.org has confirmed. This puts an end to speculation about the duo's contract situation, especially that of s1mple, whose previous deal was set to expire at the end of this month.

Both players have been key figures for NAVI since signing for the organisation. s1mple was recruited from Liquid in August 2016, while electroNic joined the team over a year later, in November 2017, in a transfer from FlipSid3 Tactics.

s1mple has made HLTV.org's top 20 player of the year ranking for each of the past four years, finishing top of the pile in 2018. With 10 MVP medals, he is joint-second with Kenny "⁠kennyS⁠" Schrub and Christopher "⁠GeT_RiGhT⁠" Alesund on the list of players with the most individual awards. Nicolai "⁠device⁠" Reedtz heads the list with 15 MVP honours.

electroNic finished fourth in 2018's player of the year ranking and sixth in 2019's list, though he picked up his first MVP medal only this year, at the ICE Challenge, in London.

Natus Vincere are likely to enter the new year inside the top three in the world rankings following a series of deep runs during the final stretch of 2020. The CIS team's highlight of the year was the victory at IEM Katowice — the last Big Event held on LAN before the coronavirus pandemic hit. some_die_old
u dont have to be an elite player to have your own opinion. I do agree that flamie and boomich should be replaced, their consistency is not for tier1 team, especially for such strong t1 team. And im really annoyed of boomich stupid calls
2020-12-26 22:33
8 replies
#200

ModusOperandi
Anyone can say anything since the invention of internet forums and such. Just because you have one, it does not make it a "good" one. You're annoyed by boomich's calls? What a shame. S1mple and elec, are probably too, that's why the extended their contracts, right? Don't get me wrong, I am not trying to hltv you, but cmon now. Online folks lack self-reflection...
2020-12-26 23:13
5 replies
#234
danoco |

Retard_Detector
hltv you XD we don't really know whether the trio around simple and electronic is going to stay the same or are there going to be some changes so we can't say they are 100% happy about it, but either way I wish them progress because every team need to take navi into concideration when it comes to being title contenders
2020-12-27 00:24
3 replies
#238

Retard_Detector
hltv you XD we don't really know whether the trio around simple and electronic is going to stay the same or are there going to be some changes so we can't say they are 100% happy about it, but either way I wish them progress because every team need to take navi into concideration when it comes to being title contenders
2020-12-27 00:25
#204
markeloff |

Sebas_HZ
I think Boombl4 is best captain in CIS region. But he should get some lessons from Zeus or someone else, because he gets too stressed and makes wrong decisions.
2020-12-27 00:06
#230
acoR |

deztroy
yes, only because of these 2 hard carrying them there, thats why they are unlucky because they could achieve much more with better players, thank me later
2020-12-26 21:41
1 reply
#74

|TheDarkKnight|
You have to look at which teams where top 1-2 at those times, 2018 & 2019 Astralis and TL with better players overall, 2020 Astralis and Vitality, the former with better players and the latter with ZywOo. Considering how fucking awful NaVi's tactical approach to the games Vs fundamentally strong teams was and is they didnt get bad placings.
2020-12-27 01:32
#138

drinn
Unlucky?! If they have been TOP 5, or TOP 10 at least for so long time, why should they change their roster in first place? It's not after all about beating Astralis, but staying in TOP elite group in order to get better tournaments. And then it's all about monetazing organization. They might win some tournament and then again lose some. Like Astralis did and also did the astonishing comeback to TOP 1. ENCE on the other hand... They were TOP 5 and wanted to be the best team in the world, which I presume was allu's logic. Then we look at Aleksib now they got into TOP 10 and will be staying there, because of all these simple tactics. Not fucking it up with line-up changes. I believe Na'Vi has amazing TOP tier core there and should keep it up.
2020-12-27 23:15
#448
fear |

s1mple_CSGOD
HAHAHAHHAHAHAHAHHAHA Only reason Lulquid won anything is because NaVi didn't attend 5 out of 6 events which Lulquid won and Astralis also attended only 2 out of 6. Stop being delusional. Lulquid cant even dominate NA trash anymore.
2020-12-26 22:28
6 replies
#188
gla1ve |

Brahmins_ki_Maa_ka_bhosda
Please stop it already, as a s1mple fan I really hate you soo much, you are soo dumb and retard I can't even read your comments. Please delete your account and go suck somewhere else loser
2020-12-27 05:08
3 replies
#311
s1mple |

s1mple_CSGOD
I'm not from Russia tho and s1mple is the GOAT :) Also you need someone to take really good care of you and love you back bcz after reading your reply. It looks like you are still suffering from the fact that your fav player got kicked out of a top 5 team for a washed up bot who just got benched LOL My sympathies are with you friend. Hope you can recover soon.
2020-12-27 04:40
1 reply
#360

X1gma
But they were good enough to beat this BOT NAVI team twice in Blast. Even Zeus won a major after leaving this BOT organization with 3 Kazakhstanis. Hahhahhahaha
2020-12-26 22:55
1 reply
#191
s1mple |

s1mple_CSGOD
zywh0: I will never leave Vitality and play 4 more years for them because the CEO assured me I can bait 5 bots and have the power to kick anyone like I kicked ALEX bcz he wanted me to stop baiting so hard.
2020-12-26 21:46
3 replies
#88

Elucidate
If you think s1mple is staying in Navi for 30k a month you're crazy... He was getting 50k minimum, his brother and him did a podcast not too long ago where they gave rought salary for navi players, his brother said something like "salary ranges from 10k-50k", the presenter asked s1mple his salary but his brother cut in and was just like in between 10 and 50k because he didn't want to give that detail out, it's quite clear he's the highest paid player in Navi so i'd imagine 50k base salary, his new deal has definitely got some added benefit, same with electronic who has improved ten-fold from when they picked him up in 2017, i reckon he gets atleast 35-40k.
2020-12-27 01:22
#323

akproxx
g2 is way bigger than navi g2 need a better awper electronic and s1mple are the only reason why navi is still a tier 1 team put the rest of the team with other 2 and they will fall to tier 2 s1mple is not about to win a lot with this navi lineup
2020-12-26 21:51
6 replies
#83

s1mple_CSGOD
First of all Natus Vincere is a way better org than G2 Nobody cars what G2 wants. s1mpletronic are the best duo in esports history and they want to represent NaVi and thats why they extended their contracts. NaVi is a way better team than G2 will ever be with ch0k0 and his cousin.
2020-12-26 22:06
3 replies
#136

HARD4ENCE
They CAN win a major if all 5 of the players perform like in Katowice. Sadly that has been rarely the case. For last autumn the supporting cast went like under 1.0 rating while s1mple and electronic do all the hard carrying. Also there are massive problems with their in-game leading and team coordination. Major will be next autumn at earliest so they have start of the year to potentially make some adjustments/player changes and get things going.
2020-12-27 12:08
#165
Brollan |

ToughGuy
niko left to his cousin and nothing changed navi is only optimistic option for them even without roster changes navi could be the best
2020-12-26 23:47
#290
s1mple |

dsnzera
s1mple already told to world that he dont wanna leave natus because he like to stay close to family natus is perfect to him because it is in ukraine
2020-12-26 23:51
3 replies
#241
ScreaM |

Emorter
people calling flamie a bot, but against top 5 teams, he has a .99 2.0 rating. He is now a secondary awper, who's had to completely transition his positioning and overall play in maps after the addition of perfecto. after playing pretty set role and positions for what 4 years+ yet he was still capable of transforming his gameplay well enough to be essentially an exactly AVERAGE T1 pro? Like wow he has bad maps, but comparing him to butterbean as a main problem is pretty pepega
2020-12-27 04:20
2 replies
#308
s1mple |

Emorter
for most part i agree with you, but Boomich is very much an unrefined igl, that just goes with strictly with what blad3 tells him for round types with very little variance and he lacks the ability to make strong mid round calls
2020-12-28 10:56
#277

SWARN151
This will be great, if they can find a suitable replacement for Boomich and Flamie. If Liquid can kick twistzz, there's no fucking reason why Navi can't kick Flamie. Boomich is inconsistent. When his team's winning, it seems fine. When they're struggling, his calls become totally useless. S1mple+elec+perfecto are great. Maybe bring in monesy/b1t/ax1le/buster to replace flamie, and Jerry to replace Boomich
2020-12-27 05:14
1 reply
#344

SWARN151
Yeah...when they're steamrolling and destroying, everything seems great. Once they start struggling, it's like they can't even recover. They lack mental fortitude. That's why they've choked so many major grand-finals, major semi-finals, and lost in regular finals as well.
2020-12-27 05:46
#335

maXX_CZ
Well good for navi. Now about time to look at those other 3 guys and make some changes. Simoletronic were never a problem for navi. I would say -flamie is a good start. There are quite a few better players in CIS than him and some of them won't be expensive.
2020-12-27 10:00
#358

HARD4ENCE
Way to go. It's the "supporting cast" that needs to be looked at now. Boombl4 and flamie have been underwhelming for the last 6 months to say the least. Flamie would be the first on the chopping block if he doesn't start performing. Literally any player from Gambit, Spirit, ForZe etc. would be an upgrade over him.
2020-12-27 11:40
#381
dupreeh |

Erudite_Dane
I heard CIS orgs demand a lot of money for player transfers, but honestly, Navi should look at it as an investment. If they win tournaments, the brand value would skyrocket and they'd make up the money in no time. Replace Flamie for God's sake. Get Buster/Ax1le/Mir, whatever it costs. Jerry is much more calmer, smarter, and effective than Boomich. Get Jerry. It's a shame for Navi to have s1mple and electronic, and still not win.
2020-12-27 12:14
#382

BnTeT_Polish
s1mple and electronic insane player , they deserve more good mates . not like boom and flam1e . Perfecto consistent and b1t i dont know this guy i still want s1mple , electronic and perfecto together with perfect igl and support
2020-12-27 16:35
#407
Get_Rice |

AmbiciousPotatoes
He basically signed with the first team speaking his language in sight, there wasnt much thinking involved
2020-12-27 20:43
#433

Pussy^shut^up
Organization Navi never will never let them go, because all team hold on to them. I think organization must change main roster of players. -flamie -boombl4 +nafani +chopper(cap) Maybe they win something with these roster.
2020-12-27 23:43
#440
dennyslaw | 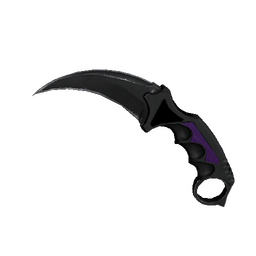