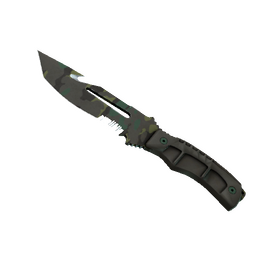 As the calendar has turned to 2021, we are ready to begin our countdown of the top 20 players of 2020, powered by GG.BET and Xtrfy.

In keeping up with tradition, the list will be revealed one entry at a time in a detailed article describing the player's year, starting with the 20th best player on January 1 at 20:00 , followed by one player on each day until January 20, when we finalize the countdown with the No. 2 and No. 1. We will update this article each time a player is revealed, so you can always return here to check on the list if you miss any of the articles.

Just like in every other year, the top 20 list is entirely based on players' contribution on the server that we could measure and keep track of over the course of 2020 and it doesn't take into consideration any external factors that may or may not have affected their performance.

If you followed the reasoning in previous years, you will know that Most Valuable Player (MVP) and Exceptionally Valuable Player (EVP) awards are one of the key factors in the decision-making process. We only announced a few of these awards earlier in the year before we knew all the other tournaments would be played online, but as you may have noticed, we have now added MVPs from the latter events and determined all the other EVPs after crunching all the numbers.

It has been a rather unique year, which featured only a handful of LANs at the beginning and mostly remained regional until the last two months, so we had to take great care when considering the importance of each tournament because of the split competition. As a result, the events have been ranked into three tiers — depending mainly on how many of the top teams were present —, so certain tournaments were deemed more valuable than others, even within the same region.

The lists from the previous years, dating all the way back to Counter-Strike 1.6 in 2010, can be found below:

(Disclaimer: HLTV.org and the Astralis Group)

Time is adjusted to your selected timezone
#3

PawlingInfamous
They're the only french speaking team meaning most french players will gravitate towards it. One team also means they can get picky and choose amazing players.
2021-01-05 11:08
1 reply
#427

Flouiz
yeah it's definitely not linked with the fact that Zywoo has played more for the team this year :D It's true that having a team that works with veterans and rookies we see that every day
2021-01-17 12:49
#89

acriticalcynicalnihilistteapot
No NA, No BlameF etc. Couple of guys will barely miss it I think because of how many good players there were this year.
2021-01-01 15:32
#200
vsm |

hugoooo
I'm being realistic, while you're being delusional (mantuuu lol) Everybody that is non-biased has one or two FURIA players on their predictions, maybe you should get out of your bubble.
2021-01-02 18:53
#459

Evil_DaviD1
If ZywOo somehow will not win #1 of this year, then i will don't give a fuck about HLTV's top players list, because it would be not objective anymore. I respect s1mple, he's an incredible player, but ZywOo deserved it more. It's just mathematics: s1mple and ZywOo has +- same stats, but ZywOo has much more MVPs.
2021-01-01 14:06
6 replies
#90
ZywOo |

dormeetazh
If s1mple somehow will not win #1 of this year, then i will don't give a fuck about HLTV's top players list, because it would be not objective anymore. I respect ZywOo, he's an incredible player, but s1mple deserved it more. It's just mathematics: s1mple and ZywOo has +- same stats, but s1mple has much more skill.
2021-01-01 17:19
1 reply
#414

roye
he will be 1st in the list im only not sure if thats because zywoo has many fans outside russian speaking countries or because s1mple has many haters.
2021-01-01 14:33
2 replies
#186

german_cheaters
the top 20 list is entirely based on players' contribution on the server that we could measure and keep track of over the course of 2020 and it doesn't take into consideration any external factors that may or may not have affected their performance. What does this mean no NA players or the opposite, can be interpreted both ways
2021-01-01 14:56
#157
shox |

Areyoureallythatstupid
how can ZywOo or even s1mple possibly be ahead of Device in any way? Device wins more majors and outperforms everyone at more majors than these two guys. I thought CS:GO was a team-game and having +kdr is good but not gamewinning. Device has been in top20 since 2013 and at best came 2nd even though he and Astralis were mauling all teams before them. If ZyWoo or S1mple or anyone else for that fact gets picked before Device for 1st spot, I call scam & write angry letter to valvo
2021-01-01 15:29
#202

paradox1caL
I hope TricoN brings back the Top 20 Prediction competition, though I don't feel like this year's list has as much weight as the previous ones, since famously some players perform differently online compared to LAN. (*cough cough* XANTARES)
2021-01-01 15:42
#203

Z1lver
The boring statistic of best player in a team game. Place 1-5 astralia player, place 5-10 vitality players, place 11-15 navi players. Without the will to sacrifice yourself for your teammate (device) and just baiting (s1mple) you shouldn't be winning top1 because if you don't take your team to no1 you aren't the best player.
2021-01-01 15:44
#204
LeX |

SWARN151
Hahaha, you're not serious, are you? Mad Lions has the highest prize money, 2nd is Virtus Pro, 3rd is CoL, and 4th is Astralis. In prize money, OG is 8th and Mibr is 9th :D It's about team performance. The prize money is a coincidence. They best teams obviously win more and have more money. As for Vitality, their 3rd is deserved. Navi - 5 GrandFinals, 2 Group Finals, 6 Top3/Top4, 2 victories, 1 joint-victory. And I didn't even count Gamers without Borders Vitality - 6 GrandFinals, 2 Group Finals, 2 Top3/Top4, 2 victories, 1 joint-victory Also, different tournaments have very different weightages. Read my last topic post for that proof.
2021-01-01 18:11
#238

hugoooo
Not their fault if you are anxious. For the 10th consecutive year they are announcing one per day, it always been like this and won't change. Also, be smarter, they obviously do this because in January the scene is always quiet because there are no tournaments, so by announcing one per day they make turn January into a very active year for the users.
2021-01-07 20:22
2 replies
#384

rusteDD
wtf is this list, who are these brazilians, been watching csgo since 2014 and dont know these nonamers who hasnt won anything significant but hltv onviously jump on the lulzil hype online corona train
2021-01-07 20:11
3 replies
#385

maneesh_099
Elige did not deserve #8. 10 out of 15 events they attended were against against tier 2 noobs of NA (EG, Furia and, 100 thieves if u wish, were the only top tier teams). So, 67% of his achievements were against teams such as rebirth/ team one/ envy/ triumph, etc which really should not be counted at all or else there are players in tier 2 with better stats and should be in top 20 which is unfair. On top of that Liquid had only 1 title this year- ESL NA. The rest 5 events with top teams, he played good but certainly not good enough to be that high. I say he was better suited at #10 or #11. #8 is overrated for him this year. What do you guys say?
2021-01-18 06:27
2 replies
#441

heinbrich
1-S1mple 2-Zywoo 3-Device in fact it is obvious cuz if we look at tournaments of this year , last big one is IEM KATOWICE 2020 , and Na`Vi won it easily . if we consider games against the top 20, and the top 5 teams they played against, then simple has better statistics . BUT Zywoo deservedly received 6 MVP`s , S1mple got only 2 . But as we have already noticed the number of mvp does not greatly affect the player's position in the rating . Of course, we can take into account the RMR tournaments in which Navi played against relatively weak teams when Zywoo played with the top of the European division. But it should be noted that these were online games. If these games were played in LAN format, I don't think Navi would have lost a lot of matches in which he played worse than usual due to ping that ranged from 50 to 70, but Zywoo played on servers in Europe. where ping response was much better from 20 to 50 maximum. And as we all know, ping is essential in the game and we must not forget that they both play in sniper positions and even a small change in ping can affect the game. I hope htlv will make the right and honest choice .
2021-01-18 11:02
2 replies
#449

BECTHuK_CMEPTu
I would like hltv to rank the players' positions in the Top, just like you ... But I doubt that there is an error with the prospect of good ping, in this case, finally, the entire top should be changed, who played on distant servers ... Unfortunately, not logical ...
2021-01-18 20:09
#504

TheTwoTimeChampBaby
Dev1ce doesn't deserve a top 3 finish for the year especially when he didn't even play for 3 months. And using the same logic I don't think electronic deserves the number 5 spot either move up ropz and blameF for playing consistently amazing the entire year.
2021-01-18 18:42
#448