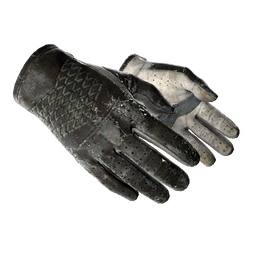 The British organisation has teamed up with ROG to create a path to pro for the UK grassroots scene.

Endpoint have revealed their newest initiative, named Endpoint ROG Academy, which aims to provide up-and-coming UK players with the support needed to begin their journey to become a professional.

Alongside the academy, Endpoint will also be launching two hubs, one for scouting new talents and another for players across all skill groups to compete for prizes. Academy players could feature for the main roster in the future

The academy will be spearheaded by head coach George "⁠Whitey⁠" White, who initially had the idea of setting up a path to pro model in the UK from his experience as a football coach with hopes of equipping young players with the skill sets needed to progress in the scene and beyond.

"I look forward to putting my heart and soul into this academy project and showcasing the journey every step of the way with content, stay tuned!," he said in a statement.

Endpoint will financially support the project by sending the team to numerous local LAN events as well as providing bootcamp facilities. Media content will also be released regularly by the organisation to showcase the development of the players through behind-the-scenes clips and inspire new players in the future.

DDSkidrow
academy team is to farm free young players and hopefully sell them to other orgs or add them to the main team for free, it's still done for profit
2021-01-13 00:54
#54

Belschnickel
Travel restrictions, I have to be in quarantine 1 week in Britain, and then 1 week when I'm back in Norway. I'll rather stay here and drink my oil- martini and do some cross country skiing.
2021-01-14 13:44
#49

Wulfies
Brazil and portugal is the same language... and they have trouble understanding? But either way... what's your point? We was talking about the UK and your example is an american.
2021-01-13 16:40
2 replies
#71

sCruFFyOo
People in Scotland aren't hard to understand. That American was as good at speaking as a child so it's easy to see why people don't understand him
2021-01-14 00:36
#79

SerenityLife
nah semipro UK scene is in a good shape, bunch of teams in Main/Advanced divisions. If they will group the best players together and give them solid training conditions (they surely will), I'm sure that this team can hit at least top 50 ranking soon enough
2021-01-12 23:51
3 replies
#53

SerenityLife
I know, but we talking about potential here, right? Main/Advanced players are basically decent, if you give them a good coach and scrims against the best teams in the world they should be able to reach mdl level at least.
2021-01-13 23:07
1 reply
#76

Humber98
Yes maybe the best players out of the Advanced teams. There are always the players who reached their potential and wont improve mucj further
2021-01-14 09:40
#61
ALEX |

Wulfies
Problem is being a professional at games is kinda shunned in this country. So I hope this kind of stuff normalises esports more than anything. I believe a country that has a positive outlook on games will have more talent come forth overall.
2021-01-13 11:54
#15
brax |

EliteBekkers
Doubt they have enough UK talent to make a relevant academy team when you can't even make a relevant full UK main team
2021-01-13 17:03
Login or register to add your comment to the discussion.