The first HLTV Confirmed show of the year will air at 20:00 on Twitch, with the regulars discussing the recent announcements and rumors.

Chad "⁠SPUNJ⁠" Burchill, Milan "⁠Striker⁠" Švejda, and Zvonimir "Professeur" Burazin return for another episode of HLTV Confirmed, Season 5 Episode 22, to discuss everything that happened during the winter break. How will FalleN fit into Liquid?

The panel will touch on the Top 20 players of the year list, PGL's Major announcement, and ESEA's revamp for 2021 in the "Recent news" segment, moving on to "Roster talk" that will range from Gabriel "⁠FalleN⁠" Toledo in Liquid to Robin "⁠flusha⁠" Rönnquist's new project.

In the second part of the episode, the first post-break tournament will be discussed, with the trio of panelists breaking down who has the best chances at BLAST Global Finals.

Recent news
-Catching up with Top20 list
-PGL to host the Major in Stockholm
-ESEA revamped for 2021
Roster talk
-Liquid FalleN, FURIA junior - which move was better?
-MIBR lose team, future of kNgV- and co.
-Cloud9 lose kassad and woxic
-BnTeT to finalize EXTREMUM (report)
-fnatic sign Jackinho
-Envy transfer list team
-suNny, flusha, autimatic teaming up
-karrigan and mouz future
BLAST Global Finals
-Fight for #1 is on again
-Complexity, FURIA with standins
-What should we look out for
2021 calendar
-What is the year going to look like?
-Will LANs return and when?
Playtime
-Viewer questions and leftover topics Luboss
They don't care about CSGO period. They're just making updates while copying everything Valorant does. Well Valorant did copy CS and Dota so I guess that's fair. But that's not what we want from them at all. Hell there is a bug in the video settings of CSGO since october 2020, FXAA can't be enabled and doesn't work but it's still not fixed lol. Imagine leaving a setting in your own game and it's impossible to be enabled. That shows how much concern they're putting into the game.
2021-01-15 22:58
1 reply
#20
hey you |

TopBaiter
Never noticed that lmao But Valve is hell bent on adding agents (which blend in with some maps) and skins, which poor people like me can't buy
2021-01-16 15:53
#5 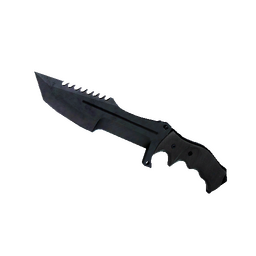