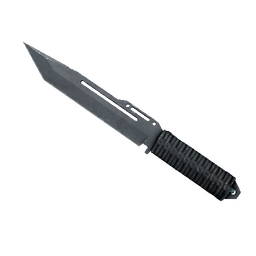 PGL to host next Major in Stockholm*

The first Major in two years will run from October 23-November 7 and feature a $2 million prize pool.

*Update: Valve has confirmed that the participating teams will be identified via a series of RMR events, which will initially take place online and culminate with at least one offline RMR tournament before the Major.

The next CS:GO Major tournament will be hosted by PGL in Stockholm, Sweden, the organizers have announced. The playoffs of the event will be held in front of a live audience the Ericsson Globe, a ~16,000-seater venue where the DreamHack Invitational in 2014 and DreamHack Masters Stockholm in 2018 took place and which was supposed to house The International 2020 in DOTA 2 before it was postponed.

The organizers have stressed that the tournament will only occur if "all safety conditions to hold live competitive events are met by that time," referring to the development of the COVID-19 pandemic, which is still an issue across the globe.

PGL promises that the event will be streamed in 4K resolution, which will make it the first Major tournament to do so, and that it is preparing innovative augmented reality elements as well as other brand new features for the broadcast. PGL hosted its latest and only CS:GO Major in Krakow in 2017

"First of all, my colleagues and I are passionate fans of CS. We grew up and watched this game getting bigger and bigger, just at the same pace as our development as a company," PGL CEO Silviu Stroie said in a statement. "We have timeless memories with our past Counter-Strike shows, and, honestly, we owe a lot to this game, as players, and as a company. We believe that this community deserves the best product this franchise has ever seen. Our goal is to celebrate the game in the best way possible, and we will work hard for this."

This marks the first Major-related news since early December, when Valve canceled its plans to organize a Major in May of 2021 and revealed that it is looking to host the next tournament in the fall, in Europe.

The Stockholm event will be the first Major to take place since the StarLadder Major was held in August-September in 2019. Plans for the following Valve-sponsored tournament, ESL One: Rio, were first postponed and later scrapped because of limitations related to the pandemic.

Since then, Valve has helped organize and sponsor Regional Major Ranking events, creating a qualifying system that they aimed to use to keep track of the competition and to determine the participants of the next Major.

Kasidro
No just under or about the same. A lot more extensive testing in Sweden however, brazil do not even report its testing rate so the hidden cases could be much higher in Brazil but there is no official data.
2021-01-14 19:31
9 replies
#430

Kasidro
Mostly cause of the government fucking up during the spring. Countries like Italy, UK, spain and Belgium are doing way worse and that is with total lockdowns. Sure sweden has not been good but still better than brazil. You really think they do extensive testing and have rigid official data over corona deaths in all favelas?
2021-01-14 19:39
3 replies
#472

JakkeJ
Sweden has 100.6 deaths per 100k, Brazil has 96.9. VG.no uses Johns Hopkins, Folkhälsomyndigheten , ECDC and Reuters, as well as national health institutes where this data is available, so it's more up to date than what just Johns Hopkins is. 5136,8 cases per 100k in Sweden, 3884,3 per 100k in Brazil. Numbers say Sweden is worse, for sure, especially in cases per 100k. BUT, as I said previously, Brazils healthcare system is far from Swedens, and adding to it, Brazil is a poor country compared to Sweden, so a lot of people never get tested, never gets confirmed dead by corona, because they don't care, it's just a poor guy dying. Some health care workers work for free in Brazil, going into the jungle and the favelas, risking their own lives, just to help people. THe point of all this is: I'd never ever have a major in Brazil in 2021, maybe not even in 1H2022 either, even if every player is vaccinated, it doesn't mean it won't be a superspreader event for those in the audience. Europe is a safe choice, seeing how countries are vaccinating. The US is along the lines of Brazil, simply because there are so many stupid people saying covid is a hoax. Sweden will be very safe when the time comes, for sure. TL;DR: I agree with your statement about testing, and Sweden is a better choice for a major. But I don't agree with your sources, seeing as more direct sources are preferred if available, like VG.no uses.
2021-01-14 21:22
1 reply
#563
mantuu |

BeggerT
May I ask what sources you got your Brazilian information from? Doesn't seem fair to use 2x Europe/Sweden specified COVID-19 trackers and then just using the "regular" ones on brazil (f.e. John Hopkins). You should take a Brazilian ONLY COVID-19 like f.e. Sistema Único de Saúde
2021-01-16 15:41
#301

shrimpony
I dunno, there have been talks of vaccines being given to old people already over here. Havent been following it very much cuz im not in any "risk group" and would be given the vaccine last anyways.
2021-01-14 16:35
7 replies
#121
coldzera |

skaril
No it isnt Europe will be fully vaccinated by the end of summer. All the festivals have already been selling tickets for next summer for example
2021-01-14 19:13
#490

Nappev
vaccine is going to be distributed soon, starting with old ppl. We havent handled the situation that well but we're definitively not the worst case like how the UK is, and we dont have some evolved virus like Denmark or the UK. Its probably gone by the end of the summer i think
2021-01-14 17:00
4 replies
#374
Potti |

Nappev
your culture is different to ours, much higher population density, etc. Not to mention you were hit harder than us, and more chinese people at their relatives visiting. winter spreads the virus more aswell
2021-01-14 18:45
#29

Anonym20
they were a romanian organization first back in 1.6 they were hosting internal competitions and after they gained popularity China bought them
2021-01-14 16:44
4 replies
#151
BnTeT |

skorpan
Not if it isn’t Katowice. Don’t know why, but the atmosphere at those events are something else! :) My best memory is dreamhack Malmö though, VIP-launch next to mousesports and fnatic won the event.
2021-01-14 16:55
2 replies
#234

Nappev
Would be awesome to have one in sydney because of the crowd, or perhaps katowice since alot of different fans come then. But having one is Sweden is atleast accessable for the nordics, germany, poland, baltic, and Russia.
2021-01-14 17:03
3 replies
#236

about_average_gamer
yeah but it's not enough for everyone at the moment and you still can see how many ppl get infected. it will take at least some months for covid to cool down and for politics to regulate back to normal circumstances
2021-01-14 18:37
#89
electronic |

MrAycan
major is 10x bigger than classic blast tournament and Istanbul is a great city.So many people can come Istanbul for watching major and seeing the city.Also Istanbul by far cheaper than cities in Europe .Just organizators need to think about it.Its very possible
2021-01-14 18:14
1 reply
#420

glitchmob
there would definitely be internet issues like blast, that issues doesn't change by the tournament's tier
2021-01-14 19:22
#163

Beard43
I guess it's about time PGL had a chance to redeem themselves after their last attempt at hosting a major. Bloody good news we're getting one even if it is still the best part of a year away. Hope they can make it work!
2021-01-14 16:52
#177
f0rest |

^Roo^
I watch sports that have lower prizepools than american football, basketball etc because i find those ones boring. I will always watch csgo over valorant no matter the valorant prize pool because i don't enjoy valorant. Ults have no place in a competitive fps shooter
2021-01-14 20:55
#501

adriango
Nice fake news. For this historic tournament, teams will be competing for a share of the huge $100,000 (€85,000) prize pool. Even RIOT knows VALORANT IS A DEAD GAME. They even announced they will rarely update the game from now on... thats why they drop an update every few months and the game is getting overrun by cheaters. No wonder valorant is full of cheaters now, Free valorant cheats with millions of downloads and riot does nothing ... classic trash game dead after 6 months.
2021-01-14 23:41
2 replies
#506

EmperorTrump
Updates are released every 2 weeks. New map - every 4 months. New agent - every 2 months. So you're full of shit. There are no free undetected cheats - prove otherwise (record a video cheating yourself) and I'll paypal you $50. First Strike is not the World Championship (RIOT's term for Major), it was an A-Class Regional tournament. How many $100k regional tournaments CS had during 2020?
2021-01-15 00:11
1 reply
#534

adriango
Can you show where valorant says the prize pool will be 10 millions, i know riot is a chinese owned company and fake news is very common but cmon. So stop lying, just because you play a dead game like valorant. Valorant maps are trash boxes with no gameplay... thats why riot doesent invest time into them and only makes them in a few hours and release them full of bugs, but they release new skins every week. Even riot knows the game is too dead to try and create good maps so they hired most devs to make skins and milk a dead game ... All valorant majors are 100k . cuz riot doesent want to invest in a dead game. You should change your real flag to china, cuz you are full of shit.
2021-01-15 17:20
#217
NiKo |

No_taco_no_playoff
Sick place, shame that the old NiP guys is in uncompetetive Dignitas rn and that NiP and fnatc isn’t very impressive right now, would be nice winners
2021-01-14 16:55
#191

Nappev
I wonder why! It would honestly be easier for me to travel there since i live in gothenburg xD and more germans, and other western europeans would probably come aswell.
2021-01-14 17:06
3 replies
#272

he_car
Valve finally realizing that this pros teams that are giving them their money on csgo are most likely going to get stabbed if they win against furia
2021-01-14 17:10
#258

friendly_swede
Well for one, we don't have as big of an audience. Secondly our vaccinations will most likely be done by then. Do you really believe your own statistics btw? Bolso is obviously lying :D
2021-01-15 07:36
1 reply
#548
s1mple |

chanchex
it would be cool honestly but maybe there are not enough CS fans as in some other places like Denmark/sweden? i dont know honestly
2021-01-16 15:18
#349

chanchex
they're doing it here because sweden has no restrictions at all, only country in the world (literally) that right now doesn't have any restriction about other people coming here, they dont have to do quarentine, or even wear masks. But I agree, i think there are better places but this is a safe option
2021-01-16 05:35
#376

didn_du_noffing
i'm inclined to just say that what happens in russian tourneys is that when teams they aren't a fan of are playing.. they just go out to bars and forget about the whole thing.
2021-01-14 20:11
4 replies
#461
XELLOW |

didn_du_noffing
honestly i like potter, because she actually knows a little bit of cs. just enough to comment on it. freya on the other hand knows her boundaries and doesn't make comments on the gameplay, because she knows she doesn't know. then there's pansy who can actually play the game. frankie? uhh, just makes me cringe.
2021-01-14 20:23
#428

namikazeminaka
Because of long delays and technical problems . The matches were good and was the only major with two BR teams on playoff but was marred with crappy organization.
2021-01-14 23:38
1 reply
#504
XELLOW |

Friendly_Dummy_Russki
There's military service duty in Russia, just like in Finland, for example Every adult and healthy male should serve in military one year
2021-01-16 08:05
2 replies
#559
s1mple |

ZywOomegalul
Get Right farewell aswell there?
2021-01-18 00:33
Login or register to add your comment to the discussion.