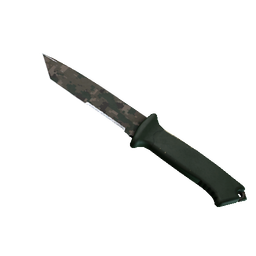 The 21-year-old will be hoping to kick-start his career after enduring a frustrating six months following the disbandment of ex-SMASH.

North have announced that they have completed their roster with the signing of free agent Denis "⁠grux⁠" Gutaj. The 21-year-old has sealed a permanent switch following a "successful extended trial" with the team, according to the Danish organisation. grux, who has played for teams such as Ancient and SMASH in the past, will fill a slot that had been vacant for more than a month after the organisation made Mathias "⁠MSL⁠" Lauridsen and Philip "⁠aizy⁠" Aistrup available for transfer, and recalled Kristoffer "⁠Kristou⁠" Aamand from his loan with AGF.

"Denis is a player who our scouting and development tool highlighted as having the right in-game characteristics for the type of role we needed, highlighted during an extended trial with the team where he impressed," Graham Pitt, Head of Esports Operations at North, said in a statement.

"Certainly, it showed a player who has not performed to his full potential in his previous teams and has a lot more to give in the right environment. Denis comes in with a lot of hunger and the desire to improve every day, something that will help drive the team forward."

grux was one of "a number of players" who tried out for North, according to Pitt. The team competed in DreamHack Masters Winter in December with Rasmus "⁠kreaz⁠" Johansson as a stand-in, finishing 9th-12th in what was their final tournament of 2020.

The 21-year-old will be hoping to prove his quality after struggling to find a team following the disbandment of the SMASH squad. He played only two matches in the last three months, competing alongside players like Alfred "⁠RuStY⁠" Karlsson and Erik "⁠truth⁠" Hansen Dyrnes in a mix team called 1ADL in an ESEA Autumn Cash Cup.

"Playing in this team will help me stay consistent and learn new things, and I'm motivated more than ever to play," grux said. "I believe in our future and the game style we will bring on our matches." shrimpony
They said in the announcement that they wanted to take the team in a new direction (wich was basically bringing in some new scandinavian younger talent) and aizy and msl was not onboard.
2021-01-20 12:52
1 reply
#70

mlodzier
I dont talk about grux? I talk about how strange roster moves north doing in the past few months, seems really messy and i dont think that they will play better than even recent roster.
2021-01-20 01:15
#51
f0rest |

CharlesEmilNilsson
Average age 25, Just kick gade and cajunb as well and add two more Swedes from these random ass teams were the new fnatic player/nip youngsters Come from and then also kick kristou because the Swedes would not understand him, sadly disco doplan etc are taken now but you could just add kreaz again.
2021-01-20 05:28
#62