GODSENT have signed the new Brazilian project featuring three former MIBR members, TACO, João "⁠felps⁠" Vasconcellos, and Ricardo "⁠dead⁠" Sinigaglia, the Swedish organization has confirmed on Thursday. According to the organization, four individual buyouts were required to put the roster together, and all players have been signed to at least three-year contracts. Former TeamOne coach chucky will stand behind the team. As the most senior and experienced member, TACO will take up in-game leadership in the squad, while dumau is expected to pick up the AWP the most, although the lineup will not play with a dedicated sniper.

"We are very much honored and excited for this new project and for everything it will bring to our organisation," GODSENT's CEOs, Henrik Denebrandt and Ludwig Sandgren, said in a joint statement. "We are very confident that we will do epic things together in the coming years."

The team was put together by TACO and dead after they parted ways with MIBR in September, which saw the duo split apart from long-time teammates Gabriel "⁠FalleN⁠" Toledo, who has joined forces with Liquid in the meantime, and the currently teamless Fernando "⁠fer⁠" Alvarenga.

According to the release, the new team will make its official debut under the organization in late January in Europe. WisiestBrazilian_in_HLTV
Steel is fine on Movistar Riders, and those guys has more firepower he could be good for GODSENT if dumau or b4rtin as sixth player + him as IGL
2021-01-21 19:31
#181

NegoNey
dumau i'll be the awper (he was being in the recently Yeah matches) Latto i'll be the entry as he was on Red Canids Felps i'll make the same positions as Boom, rifler B4rtiN i'll keep as lurker TACO IGL and support
2021-01-21 16:45
1 reply
#350

DDoubleE
"According to the release, the new team will make its official debut under the organization in late January in Europe." Will they stay permanently in Europe?
2021-01-21 15:49
1 reply
#353

Caveman_
Well this was not expected, reason being I didn't think godsents decision making could get any worse. Completely fucked over the European roster. But hey, look on the bright side, it looks like a solid tier 3 team and a disband in a month.
2021-01-21 16:04
2 replies
#251

SebL
I'm actually surprised that TACO didn't retire, I mean, the man is a legend, but he isn't good anymore, I think it would be perfect time to retire, maybe he would be coach. This team is good on paper, but something makes me feel that this is not going to work out in the end.
2021-01-21 19:09
#338
mantuu | 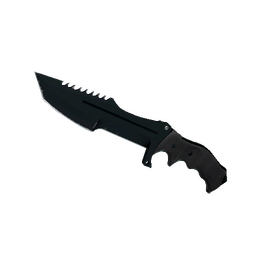