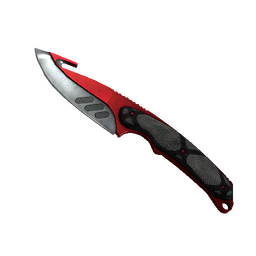 The Russian team have secured one of the most exciting young talents in the region.

Spirit have announced that they have signed Abdul "⁠degster⁠" Gasanov and Robert "⁠Patsi⁠" Isyanov on month-long loan deals from Espada. The AWPer will fill the spot that belonged to Artem "⁠iDISBALANCE⁠" Egorov, who has been made available for transfer, while the 17-year-old rifler will assume a sixth-player role in the squad.

The Russian pair were the stars of the Espada team that became a regular presence in the top 30 in the world rankings in the final quarter of 2020. They were the only two players that Espada decided to retain after disbanding the team earlier in the month, with Dmitry "⁠S0tF1k⁠" Forostyanko, Dmitriy "⁠Dima⁠" Bandurka and Vladislav "⁠FinigaN⁠" Usov having been released from their contracts. degster will take the AWP from iDISBALANCE

degster is widely regarded as one of the most promising talents in Europe and was featured in our 'One for the future' series in December. The 19-year-old AWPer, who helped Sprout to win ESL Meisterschaft Autumn on Sunday after putting up a series-high 1.34 rating in the final against BIG, recently said that he felt ready for a bigger challenge in his career.

These are the first roster changes that Spirit have made since October 2019, when Nikolay "⁠mir⁠" Bityukov and Boris "⁠magixx⁠" Vorobiev were signed. The organisation hopes that degster's addition will allow the team to scale greater heights in 2021 after they plateaued in the world rankings in the final months of 2020.

"I am grateful to Artem for the two years that he spent in Team Spirit," Nikita Chukalin, CEO of the Russian organisation, said in a statement. "Together, we were able to build a stable team that performed well not only at the local level, but also internationally.

"However, we have big goals to accomplish, and to do that we need to become stronger. We will play our next tournaments with degster and I hope that he will be able to prove himself in our team. He is one of the most talented young players in the CIS and we appreciate the opportunity to work with him. If we succeed, Abdul will sign a contract with Team Spirit for the next few years.

"In addition, to further bolster the team, we felt we also needed tactical changes. The introduction of a sixth player is a logical step forward. For several months we have been looking for a suitable young talent to add, and Robert is literally the best option we could count on. So far, he is only on a test period, but we wish him good luck and hope that our cooperation will become very fruitful."

degster will make his first appearance for Spirit in a week's time, in DreamHack Open January, scheduled for January 27-31. He is also expected to feature for the team in the IEM Katowice Play-In Stage, which will be held on February 16-17.

With these changes, Spirit now have: NotRivitur
but it takes away from other teams building competitive rosters against them if you can horde all the talent then whats the point
2021-01-22 17:07
1 reply
#171

uberdiablo
Excellent point. In the grand scheme of competitive cs go it will handicap the scene in a unproductive way. For the teams' results it might be ok, but less true competition will be at hand. Unless of-course new hundred cs go stars come to the PRO scene... from the shadows of the online lobbies, who knows...
2021-01-28 13:49
#2
rain |

LoOuU2
LETS FUCKING GO! Great news, Spirit needed a boost like this. IDISBALANCE though the 2nd best CIS awper but he was terribly inconsistent and rarely ever displayed that form. GL to him and these 2 guys!
2021-01-21 14:32
8 replies
#47

Koalafire
Are you ste IDISBALANCE is the 2nd best? CIS has a lot of great AWP Player, while the best player is easily s1mple, sh1ro, Jame, degster and IDISBALANCE seem on the same tier 1 potential level. All can outperform the other depending on the day...
2021-01-21 14:42
7 replies
#60

LoOuU2
i hear what you say and those are all pretty good names but i am serious. I have seen his games and when he pops off , he cant make a mistake , cant miss a shot simply cant be taken down. He would peek down Inferno mid , get a kill , push ahead to 2nd mid get a kill and then back off . Guy`s unstoppable when on sing, But all of those guys you mentioned , they are simply more consistent than him , i will give you that.
2021-01-21 14:52
4 replies
#134

Sir_Cumcised
Being one of the best players requires consistentency. IDIS has his moments indeed, but he is falling out of far too many games. I would definetely say players such as xsepower, sh1ro, jame and even degster are better prospects
2021-01-21 15:57
3 replies
#135

LoOuU2
These guys are definitely better than him when it comes to being a complete player who is consistent as well. I am merely talking in regards with their skills , where i would rate him above every other CIS awper barring we know who.
2021-01-21 16:12
2 replies
#143

noname_user
xsepower should be mentioned as inconsistent too. He's probably the most talented when it comes to reaction speed and aim, but his desire to flick like crazy all the time is a serious problem. You never know if he's gonna hit the shot or not, even the easy ones.
2021-01-21 17:04
1 reply
#157

LoOuU2
Yea Xse's playstyle has that tendency where even for simple shots he still tries to flick at the end, just like Draken used to and it makes him miss those sometimes. But he is still more consistent compared to disbalance.
2021-01-21 19:31
#17

serbPilsudski
Dude, magixx is ​​definitely better than sdy, if only because sdy went to the support role and no longer takes shooting skills so seriously
2021-01-21 15:30
#50

Nachofish
i wonder if degster isnt willing to join a english speaking team yet or ever, cause I cant imagine there being no bigger Int. team who wanted to sign either way GL
2021-01-21 14:40
4 replies
#93
chrisJ |

HLTV_NATIONAL_GUARD
Spirit being forced to take all the good CIS players because Navi cant kick botflamie and botperfecto LOL
2021-01-21 14:43
1 reply
#147

futplxyer
Spirit clever, they knew degster would end up in solid EU team if they didn't get him. Gonna be fun watching them, ofc unlucky for iDISBALANCE
2021-01-21 15:43
#132

AliasNamer
Sad for iDisb, but Im so hyped because of this squad
2021-01-22 13:25
Login or register to add your comment to the discussion.