The two Polish sides topped the two-day open qualifier and join invited teams forZe and HellRaisers in the closed bracket.

The single-elimination open qualifier saw 394 teams battle it out for two spots in the next stage. The bracket utilised a best-of-one format throughout and ended with best-of-three clashes in the semi-finals, with the cut-throat competition seeing the early eliminations of teams such as Endpoint, Movistar Riders and Sangal. Anonymo made short work of Young Ninjas and fought hard to edge out AGO in the latter stages of the best-of-one rounds before squaring off with SAW. The Portuguese side took the Polish squad the distance on Inferno and Train, but it was Paweł "⁠innocent⁠" Mocek who made the difference with a 1.60-rated performance to secure his team the win.

StylDunow breezed past their opponents on the other side of the bracket by overrunning the likes of GamerS1337 and GROND. The Polish side went head-to-head with Bulgarian team MBAPPEEK in the semi-finals and narrowly defeated them thanks to an impactful AWP showing from Miłosz "⁠mhL⁠" Knasiak on the decider map.

The completed participants’ list for the closed qualifier can be found below:

The two top sides from the closed qualifier will secure the final spots in the eight-team main event, which is scheduled to run from January 27-31 and feature a $70,000 prize pool. The DreamHack Open January Europe team list currently looks as follows: MateuZinho
Dycha can't and we obviously know why lol, and styldunow had 6-man roster including michu byali exus luz mhl phr I hope they'll play with phr today instead of Luz or Exus because they're not the best, and there is just one awper already(mhl)
2021-01-22 08:19
2 replies
#31

SebL
I think Anonymo will go through to the main event, they are looking really good. StylDunow is showing a little bit of life, but I don't think they will qualify. GL however.
2021-01-22 09:07
#59

VILXON
But he is right, they choke because of one thing. There is Taz's curse in polish cs. Until he sells the Mercedes and divides the money into 6 people, the polish scene will be underground.
2021-01-22 12:13
4 replies
#76
Thorin |

AlertaAlerta
best of luck and success
2021-01-22 18:15
Login or register to add your comment to the discussion. 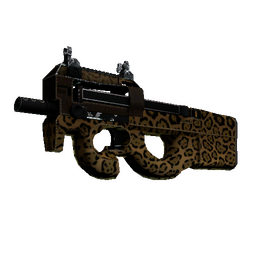