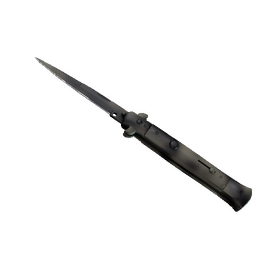 Keith "⁠NAF⁠" Markovic shined as his team won the first North American derby of the year.

The action started on Inferno, which has been Evil Geniuses' map pick throughout the entire tournament. They had a solid start on their T side, having won nine rounds and conceded only four until the game had to be paused for 20 minutes due to a technical problem on Gabriel "⁠FalleN⁠" Toledo's PC. The Brazilian veteran shined after the pause and single-handedly took care of the 15th round with an AWP ace. The 9-6 advantage wasn't enough for Evil Geniuses as Liquid played well as a unit and abused the numbers game whether they were hitting the A or the B bombsite. Tarik "⁠tarik⁠" Celik finished the map as the top-fragger, but FalleN, Michael "⁠Grim⁠" Wince, and NAF combined for 60 kills on the other side.

Peter "⁠stanislaw⁠" Jarguz won a 1v2 clutch against FalleN and Jake "⁠Stewie2K⁠" Yip to secure the first pistol round of Dust2 for his troops but they went for a full B rush against the force buy and painfully died one by one as NAF was sitting close to the tunnels with his powerful Desert Eagle. Evil Geniuses was saved by Ethan "⁠Ethan⁠" Arnold as he won a 1v1 clutch against Jonathan "⁠EliGE⁠" Jablonowski in the third round and they were able to score two more after that.

Liquid, however, were the better team once they had all the rifles and an AWP in FalleN's hands. NAF put up one more ace in the half and his team chained seven together, moving over to the T side with a 10-5 score. Evil Geniuses found a glimpse of hope as they won the second pistol round too, but Grim and NAF worked well together to break the CTs' economy right away.

Evil Geniuses won only two more rounds in the half, one of which thanks to tarik's triple kill on the B bombsite, but Liquid reacted quickly to break their rivals' economy once more, leaving no room for a comeback. Meanwhile, NAF continued to perform as he finished Dust2 with a decisive 31-10 K-D, now averaging the tournament's second-highest 1.33 rating. danluchesi
Looks like fallen gave a new view for this team, much more consistance with him, unpredictable end of round, Really like that!
2021-01-22 19:35
#24

Xandzera_Br
Excexcited about to future of team liquid. I have always liked this team, especially for the friendliness of elige, now with Fallen more than ever. GO LIQUID!!!
2021-01-22 23:37
#72

Wander13
FalleN is being fundamental for the good performance of TL
2021-01-23 10:01
Login or register to add your comment to the discussion.