The Norwegian organization has decided to go down the Scandinavian route after Joakim "⁠jkaem⁠" Myrbostad's departure.

The organization scrapped its plans for creating a "top Norwegian roster" after jkaem accepted the chance to reunite with Aaron "⁠AZR⁠" Ward and co. in EXTREMUM, expanding their focus on the region. Nevertheless, Apeks will continue to compete in the domestic Telialigaen, albeit with a different lineup to what will be used internationally. "Our focus now will be on doing well in ESEA Premier and Snow Sweet Snow, while we continue to climb the HLTV rankings," team coach Pål "⁠Polly⁠" Kammen said about the signing, praising the experience and skill the new players brought.

FREDDyFROG added that Apeks impressed him and his brother since the initial talks. "They were serious, professional, and had the same goals as us in the meeting when we first introduced ourselves. We are very excited to begin our new chapter with the Norwegian organization and we’re very proud to represent them."

The team's Head of Esports, Anders Kjær, stated that "this roster is the best we have had in Apeks", and explained that the organization will employ the services of Martin "⁠Nasty⁠" Garvik, who was benched in December, and Ole "⁠Marcelious⁠" Kristian Langan, who was a part of the active lineup until the arrival of the Swedish trio, in their Telialigaen matches.

For the domestic Telialigaen, Apeks will use the following squad: Nappev
looks liek a really good t2 team. the yhave dennis which has been a top 20 player, was in fnatic, nip godsent... i just hope they work hard and i hope that Dennis realize how much responsibility he has as a veteran
2021-01-25 12:24
#35

tomtom94
These are good pickups but let's call this for what it is - an opportunistic pickup for Apeks to grab a frankly undeserved ESEA Premier spot. I hope Kreaz can shine at least.
2021-01-25 12:36
5 replies
#99
KRL |

LeDiplomate
Haha I do this with every message, it’s kind of my trademark (reference to smithzz) ^^. In late 2019 when he got benched by Heretics, he refused to give the captaincy on the Esea sheet to another player, so he kept the MDL spot for himself (playing with his mix Demolition Crew). He already had a reputation of being a dick in the French scene and it worsened after that. Didn’t even serve him as he was so bad he left for Valorant as soon as the game launched, and now he’s teamless lmao.
2021-01-29 11:20
#45

Jethoxoro
just found out relaxa and freddyfrog are twins, was like wtf
2021-01-26 16:15
Login or register to add your comment to the discussion. 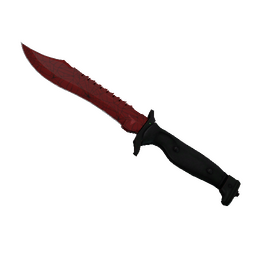