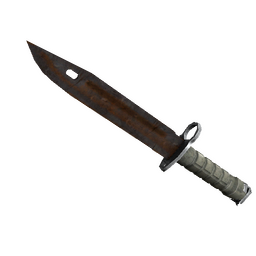 The former Liquid star has been added to the European team's starting roster.

* Update: FaZe have confirmed the benching of Markus "⁠Kjaerbye⁠" Kjærbye.

FaZe have announced the completion of Russel "⁠Twistzz⁠" Van Dulken's addition from Liquid. The Canadian has replaced Kjaerbye, who is now sitting on the organization's bench.

The 21-year-old had been inactive ever since he stepped down from Liquid at the end of 2020 following the North American team's campaign at IEM Global Challenge, where they finished runners-up to Astralis, with Gabriel "⁠FalleN⁠" Toledo later taking his place on the roster. Twistzz is the first North American player to join FaZe

With the new team, the Canadian will hope to return to the kind of form that helped him win two MVP medals and become a top-20 player in 2018 and 2019 as Liquid won nine titles over the course of the two years. In 2020, his performances dipped, especially towards the end of his tenure with the North American side as he ended the year with three sub-1.00 rated events in a row.

ICYMI — Twistzz: "I'm super motivated to get back; I really believe I can still be a top-five player"

Twistzz's addition to FaZe marks the first step in the team's plan to overhaul the lineup. The team still has yet to sign a new in-game leader — a role that has been occupied by Marcelo "⁠coldzera⁠" David since Nikola "⁠NiKo⁠" Kovač's departure — in place of Olof "⁠olofmeister⁠" Kajbjer, who is pondering retirement according to his Brazilian teammate.

All signs and reports point to the return of Finn "⁠karrigan⁠" Andersen to FaZe at some point in the near future when his contract with MOUZ comes to an end within the next two months or when he is bought out.

Twistzz's debut with the team will take place in the BLAST Premier Spring Groups, where FaZe have been placed in Group C alongside Natus Vincere, MIBR, and Liquid, with their opening matchup pitting them against the Canadian's former squad.

EDBX
Faze with Karrigan and Twistzz will definitely not be stuck. I'm not a fan of the team or players but its a solid line up and Karrigan has consistently put good teams together.
2021-01-30 21:15
7 replies
#446
FASHR |

BigBoyTies
Karrigan has consistenly put good teams together with new players. I do admit that the first time with FaZe went well, but this time the players will resist Karrigan for sure. I was a hardcore FaZe fan, and I hope they WILL succeed, but I just don't think so.
2021-01-30 21:35
6 replies
#494
GeT_RiGhT |

434
lmaoo. I really don't think Karrigan>FaZe is a done deal, he might be favoring Mouz. Think for a moment, if he succeeds he is a legend, the amount of talent FaZe has is big, but it feels like the chance of failure is also just as big, and he'll be coming back to point 0, instead of staying with a more stable org and a working team. I think people are underestimating the amount of work building a team from the scratch takes. He doesn't have a lot of time left in his career for that, I assume.
2021-02-02 08:08
2 replies
#585
FASHR |

ZerongBr
What do you prefer: to stay with young talents and guide them or to go to experienced players that are already ready to win tournaments? I think you see what choices Karrigan has now
2021-01-30 18:14
16 replies
#144

NotSoFanaticGuy
What do you prefer: to stay with young talents and lead them to tournament wins or to go to washed-up players that are already past their prime and won't even reach play-offs? I think you see what choices Karrigan has now
2021-01-30 18:18
15 replies
#171

KhT
why he would lead someone to wins while you can get 2x more paychecks +he is 30,he would want to get a major win,and consistency and other are inconsistent players that has school and wasting his time,consistent playoffs or consistent wins? I cant guarantee what faze is gonna do but it worths to risk it,like mouz isnt gonna win shit anyways
2021-01-30 18:31
#206
EliGE |

Galaxy_brain
It does not matter if Karrigan is at mouz or faze, they arent consistent tournament winning teams, or even at top 4 (tier 1 tournaments) usually. I would like to see Karrigan win tournaments tho.
2021-01-30 21:10
#374

Stepbro
Lets wait and see how Mouz gonna beat Faze when Karrigan gonna be on Faze. You will see how important igl is. Twistzz was much better than Best Mouz player aka Ropz with good leadership. Only reason great players fall, because of their leaders.
2021-01-30 19:55
6 replies
#415
m0NESY |

SalmanderNatsu
???Twistzz was washed up in NA and doing shit in EU why would he be better than ropz who's so cerebral and is one of the best lurkers and clutchers with young players who he can improve and be better better than a washed up faze clan with a washed up Twistzz. olof should retire, broky and cold who are the only good players with a rain who wants to leave.
2021-01-30 20:28
1 reply
#526
NAF |

NotSoFanaticGuy
Good leader of course matter and I agree with what you said. But, what I did was cloning karrigan and comparing karrigan, ropz, frozen, acor, bymas vs karrigan, cold, twistzz, broky, rain I think the one on above is better than the one on below. But, we will never know since we can't clone karrigan.
2021-01-31 10:51
3 replies
#534

LEMonHLTV_BTW
Yeah because it worked out in actual team of really good players Stop overrating karrigan
2021-01-30 20:07
#22

JBzOo
U got astralis logo and u never know karrigan was playing with Cph wolves... TSM ... Adtralis few days. Did u think device dupreeh and xypnix got Time to play with bot ? If karrigan is bot explain me why faze and moussport win title only When karrigan wars their igl ?
2021-01-31 15:50
#39

Ataynu5
Quality addition. If IGL and leadership components work well on balance then it could be a good team if the chemistry works out.
2021-01-30 18:08
#47
electroNic |

AngelReaper
dexter needs a special permission from the goverment to travel, the covid restrictions are really tough in his country.
2021-01-30 20:45
#147

FrAnk0x
Nice move for my favorite player in csgo... Now Faze needs a good IGL, if Karrigan doesn't come back maybe Dexter should be the one targeted and remove Olof from the team. A good rooster would be: Karrigan / Dexter Coldzera Broky Twistzz Rain +6th player Although the truth that for me the cycle of Rain in Faze should end.
2021-01-30 18:24
#170

Jonty04l32
Finally, some official confirmation and not rumour. I think it could be very good for twistzz, there is just the issue of whether or not Karrigan stays in Mousesports or whether or not FaZe want to sign the star in place of another player. FaZe have no active IGL except for Coldzera, which means Cold would be taking full IGL ruling, which he kind of did with NiKo anyway but he wasn't full, it was joint. I look forward to seeing FaZe in action with the new roster... see what they can bring.
2021-01-30 18:26
2 replies
#341
roeJ |

AmbiciousPotatoes
I think coldzera wants karrigan cuz experience otherwise i would like dexter too for faze, karrigan got offered contract and he didnt sign so thats making me think he will go to Faze, otherwise i was gonna be 50/50 on whether dexter is coming for faze or mouz, cuz dexter said he would like to play in both of those teams
2021-01-30 19:18
1 reply
#350

F0kussi3rt
But hes soo nice with Bymas Frozen and Ropz. Ropz probably can play without him but i feel like bymas and frozen gonna drop if there 5Head Daddy Carrgun quits
2021-01-30 19:00
#222
Potti |

Oxna
Put broky on the awp full time and they might achieve something. Aslong as cold/karrigan updates their antiquated Terrorist tactics which are easily readable
2021-01-30 18:42
#253

Aaron1822
He is not completely wrong though, the only time Karrigan's teams work is when there are double AWP's. They needed to sign a secondary Awper not another rifler. Cold is good on rifle and shouldn't pick the AWP again. Rain cannot AWP. So secondary Awper will end up being Karrigan which is not a good idea since he is inconsistent with the weapon.
2021-01-30 20:08
1 reply
#462

dennek
lets go russ show them who is the boss and karrigan is never joining faze again btw he wouldnt leave the worse team, mouse has much more potential to get that major win that karrigan dream of
2021-01-30 18:51
5 replies
#288

francolp
I still remember when Kjaerbye decided to part ways with Astralis when they won their first major ever because some motivation stuff, even device was surprised and was a bit angry with him actually. It should be so difficult to be him at this point: he wasted his best choice to be in the greatest cs:go team ever and never found his best form again. Poor guy, seriously.
2021-01-30 18:59
#297

DDoubleE
Can you read? "All signs and reports point to the return of Finn "⁠karrigan⁠" Andersen to FaZe at some point in the near future when his contract with mousesports comes to an end within the next two months or when he is bought out."
2021-01-30 19:11
#323
stanislaw |

SPQR_CAESAR
if they sign Karrigan it would be sick but at the same time I don't know Faze is like the eternal promise, It looks like It's about to dominate with a new sick team and then again they disappoint over and over. I don't have much faith in them anymore although the addition of Twistzz is brilliant.
2021-01-30 19:11
#327

vutalisk
They better sign karrigan or some IGL next because this pattern of signing some random players without actually getting a proper IGL is not solving anything.
2021-01-30 19:12
4 replies
#340

gfrone859
twistzz said in interview today My goal is definitely to have a good in-game leader, that’s like a priority, obviously he joined faze because he knows karrigan is coming
2021-01-30 19:19
1 reply
#351

vutalisk
No offense but it is not like he has a choice. FaZe wanted him so he joined. I doubt he is gonna be picky amidst the fact NA scene is awful. I don't see any other teams seem to be interested in him except FaZe. FaZe is pretty at the rock-bottom but at least they have the money. FaZe can tell him oh we got karrigan but it is not like karrigan is gonna confirm that.
2021-01-30 19:23
#334

LiyaSilver
Olof will be the next to go when Karrigan joins. Olof does not want to play pro anyway, and even if he did, he does not have the required talent you talk about. OlofLegends time is over!
2021-02-01 06:10
#427
SpawN |

fake_flagger
whats up with Faze picking up rejects all the time, literally every single player they pick is in slump, fucking try to get players in their peak for once.... this is stupid pick. May even work out but still looks like a stupid move
2021-01-30 21:35
2 replies
#500
FaNg |

MetalFace
Is this like FaZe strategy at this point to get players who used to be good but have been slumping for a long ass period and hope they will ever play good again? FaZe only good pick up over the years was Karrigan and they remove the IGL for another washed trash idk this org is obviously smart all of these players have good size fan bases but can't hang in tier 1. Goodluck for Twistzz maybe he can turn around this shit show but my honest opinion is Twistzz will continue to be shit and FaZe will as well.
2021-01-31 01:15
2 replies
#563

MetalFace
They have so many players who were only good when they were baiting and lurking, no IGL, no one who is even close to good enough to awp in tier 1 against kids like s1mple, zyw0o, dev1ce etc. this team is literally dumb.
2021-02-01 01:02
#498

Mia_Khalifa_0_forehead
is there a way to change this from being on my hltv homepage, i really dont want to see a weeb everytime i open this website. i dont accept weebs and i think they should be jailed
2021-02-05 09:05
#590
freddieb |

Mensmensmens
Who cars Him leaving made Astralis the goat lineup. I'm thankful to him. Also, omegaoverrated at this point. It's insane how washed up he is at such a young age
2021-02-13 08:12
Login or register to add your comment to the discussion.