flusha on playing with autimatic and suNny: "It’s probably not going to happen"

The three-time Major champion explained why he stepped down from fnatic earlier this year, and discussed his future plans in the latest episode of 'HLTV Confirmed'.

Earlier this month, Robin "⁠flusha⁠" Rönnquist stepped down from fnatic for the third time in his career, less than 18 months after he and Maikil "⁠Golden⁠" Selim had rejoined the team. The 27-year-old, who was replaced by Jack "⁠Jackinho⁠" Ström Mattsson in the Swedish squad, helped them to win DreamHack Masters Malmö in October 2019 and ESL Pro League Season 11 Europe in April 2020 in his most recent tenure.

The 27-year-old appeared on Monday as a guest in the ‘HLTV Confirmed’ podcast and explained the reason behind his departure from fnatic's active lineup this time.

flusha wants to be a dedicated in-game leader

"I really want to be an in-game leader for the rest of my career," flusha said. He revealed that when fnatic came knocking in 2019, he was supposed to become the skipper, but when moves for Tim "⁠nawwk⁠" Jonasson and Fredrik "⁠REZ⁠" Sterner failed to materialise, the team turned to Golden, who had led the squad to victory in 2018 at IEM Katowice and at the WESG World Finals.

Even though flusha wasn't calling, he said that everything was fine while they were still finishing top four in every tournament. They had consistent results at the beginning of their journey and most notably won DreamHack Masters Malmö in October, just three weeks after the team was officially announced.

The ESL Pro League Season 11 Europe was the only tournament that fnatic won in 2020. They reached the semi-finals of IEM Katowice in March, the only big LAN event of the year, and finished third in Flashpoint 2, in December. It was after they lost to Virtus.pro in the semi-finals of the $1 million league that flusha informed the organisation that he wanted to leave, although he had also considered the move in mid-2020 after some mixed results.

One day before his official benching, a report from DBLTAP revealed that flusha, Timothy "⁠autimatic⁠" Ta, and Miikka "⁠suNny⁠" Kemppi had approached several organisations to potentially create a new team. The Swede hailed his former Cloud9 teammate as "the perfect person" to have in a team and said that he shares the same mentality as the ENCE player when it comes to the game.

"The rumors were true, but this is probably not going to happen anymore," flusha said. "We had five players interested and willing to do this if we had an organisation that could make it happen, but I think that in this state of CS:GO, organisations are really hesitant to either buy a lot of players and maybe let their team go if they have one, or just buy into CS:GO.

The 27-year-old also revealed that he was approached by FaZe many times in the past, including before Nikola "⁠NiKo⁠" Kovač was signed from mousesports in early 2017.

"I never felt that I would get to be the in-game leader that I want to be in FaZe, especially with NiKo on the team," he explained. "I think it would be hard for me to just come in and demand respect."

For now, flusha doesn't have a plan. The veteran is fine to just sit around and wait for offers as he wants to make the best decision for his career. He doesn't rule out the possibility of teaming up with other Swedish players and helping to develop young talents.

"I think there is a lot of talent in Sweden, you can't really see it now because the Swedes have this personality trait that everyone wants to be a superstar and teams can't really work if all five players want to do the same things," he explained. "If I wanted to stay locally and develop Swedish players, I think it wouldn't be a really good team, but I think I could improve them and we could become a farm team. Help the Swedish scene in that way."

You can access the full VOD of Monday's episode of 'HLTV Confirmed' below. bfish8
+flusha +sunNy -rain -olof Twistzz sunNy flusha coldzera broky I'd put autimatic here, except he has spent the last 2/3 years going from the most complete player/ultimate glue guy in NA to a washed up stoner who preferred to stick around in a dead c9 team for over a year while living in their LA gaming house collecting checks, and now has decided that he should be a main AWPer. Killed his career. Maybe the most disappointing/wasted career of any NA player.
2021-02-03 06:46
2 replies
#124
XigN |

rozhok
I don't understand those old pros moving out of their teams and giving up large paychecks. It's obvious that no one will sign 27 y old while there is a ton of young talent available in the market.
2021-02-02 21:01
5 replies
#67
CeRq |

rozhok
>It was after they lost to Virtus.pro in the semi-finals of the $1 million league that flusha informed the organisation that he wanted to leave wtf
2021-02-02 23:00
#69

rozhok
There is also no point in not milking orgs until you retire. CS:GO pros literally can only play videogames. The more money they'll steal until retirement in they 30's — the more secured will be their life.
2021-02-02 23:00
1 reply
#89

postwarscars
You realize when you get benched your salary isn't the same as a full-time player, right? The instant he decided he wanted a new team he was going to be put on the bench. Why pretend you're happy when you aren't? Your perspective is entirely monetary, which is both childish and unrealistic. If I hated what I was doing I wouldn't do it, and that would only change if I was getting paid an ABSURD amount of money. Also there are plenty of pros with job prospects outside of gaming, and doing something new at 30 is actually not difficult.
2021-02-03 00:17
#41

brummie_chris
Didn't said he's desperate but there is some potential in dig. What are his other options for instance? And for sure he's not going to be igl in a major team like faze, nip or others, let's be realistic. 1 is bench 2 maybe mouz if karrigan is leaving as igl but seriously doubt that 3 dig?
2021-02-03 11:09
1 reply
#129

Svahn
No you didn't say that, I said that. Eh all teams you mentioned are below Fnatic so I don't see why he couldn't join any team he wants. In fact, I think he's getting offers from major players it's just the state of csgo right now that sucks. I think you have Flusha confused with Get_right. Flusha is far from finished and any team would be dumb not to take the smartest mind in csgo on their roster. Don't take my word for it, just ask them.
2021-02-03 11:07
#66

mistermister
sadly expected, many orgs are focusing on Valorant now. also, based on the big orgs: liquid already picked fallen, faze has twistzz, godsent unveiled a brazilian team, and it goes on and on. feels bad for the trio
2021-02-03 00:58
#99

JW_3_majors_s0mple_0_majors
FNATIC FOUND OUT ABOUT FLUSHAS CHEATS! THAT'S WHY THEY KICKED HIM. VALVE DIDN'T WANT THE INFORMATION TO GET OUT TO THE PUBLIC BECAUSE OF THE DAMAGE IT WOULD DO TO THE SCENE WOULD BE TOO BIG.
2021-02-03 10:03
#125

hausmanis
I dont get how Flusha as an IGL isnt more hot than what it is. I mean take for example Faze, looking for a IGL, why not Flusha ? maybe they tried tho, sounds like that on the Flusha interview. But Fnatic Flusha IGL > Golden IGL
2021-02-03 14:33
#142
k0nfig |

LeviathaNz
Players need to lower their demands with their salaries lol. Paying over 10k€/month is way too much when the team has everything to prove. When you see that C9 is paying Xeppaa 30k$/month it's mindblowing honestly. No wonder why orgs do not want to invest in CS:GO anymore. You guys have the prize money + high salaries + accomodations sometimes and all that. I don't know how this will end, but with covid many orgs pulled out and it's not surprising.
2021-02-03 16:27
#147
NiKo |

FinZzz
He could actually become a great IGL. He is definitely one of the smartest and experienced players in the top scene rn. I feel like he can excel in that role.
2021-02-04 16:38
#153

MarshmellowsTime
"We didn't have a lot of interest from organisations that were already established. There were people who wanted to create something around us, but we really wanted to go to a place that was already established." = just nicer words for thing that they were really greedy for big money and new orgs couldn't give it, flusha, suNny and autimatice doesn't love gaming or fans, just money
2021-02-05 17:18
Login or register to add your comment to the discussion. 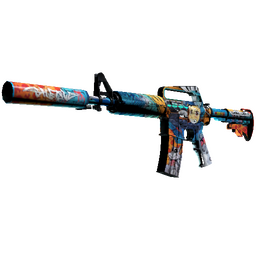