Evil Geniuses broke Gambit’s Overpass winning streak before securing a 2-0 victory, while it took Spirit three maps to take down G2 in the other Group A opener.

Out of the two CIS squads coming into IEM Katowice Group A after qualifying from the play-in, only one was able to come out on top in their opening match, as Gambit fell to a superior Evil Geniuses while Spirit were able to rally on Inferno, the decider map in their series, to secure victory over G2.

Evil Geniuses won four very close rounds on the CT side of Overpass, but Gambit’s relentless pressure paid off as they won the fifth round and sent EG on a pistol buy and then an eco, which Gambit converted on the way to an 8-7 lead. A scrappy few rounds early on in the second half saw the match tilt in EG’s favor, however, as they ran away to end Gambit’s Overpass winning streak, which was up to 14 in a row.

With the wind in their sails Evil Geniuses ran circles around their CIS rivals on Inferno, going up 11-4 on the T side with Ethan "⁠Ethan⁠" Arnold leading the charge, just as he had done on Overpass. Gambit tried to gain control early on in the second half, but were neutralized by their more experienced foes as Peter "⁠stanislaw⁠" Jarguz and company closed the map out 16-10 to continue through the Group A upper bracket. G2 held firm on the CT side of Train, winning a second-round forcebuy to take a 5-1 lead, but little by little Spirit brought it back, in large part thanks to two 2vs5 rounds by Boris "⁠magixx⁠" Vorobiev and Abdul "⁠degster⁠" Gasanov, to win the half 8-7. The work on the attacking side paid dividends as Spirit struggled to close out the map on the defense, but finally did so in the last round, 16-14.

G2 felt at ease on the attacking side of Mirage, where they amassed a 10-5 lead powered by Nemanja "⁠nexa⁠" Isaković and Nemanja "⁠huNter-⁠" Kovač, after which they continued to manhandle Spirit, taking the map 16-8 to push the series to a decider map.

With everything on the line on Inferno the CIS squad put on an impressive performance on the attack, in large part thanks to multiple big plays by Nikolay "⁠mir⁠" Bityukov and Viktor "⁠sdy⁠" Orudzhev. Despite a slow start on the CT side, Spirit kept heir cool and rallied to close the map out 16-10 to stay on track in the upper bracket. SebL
That's a big surprise that EG won 2-0 today, honestly I felt like they are a dead team, and they still might be but this is surprising, well done from them. Gambit still has stuff to work on, it's been seenable in this match. Spirit is insane, I expect them to make a really deep run in this tournament. And G2 just like Gambit, still has a lot of work to do, we will see how it goes in the future.
2021-02-18 16:15
#25 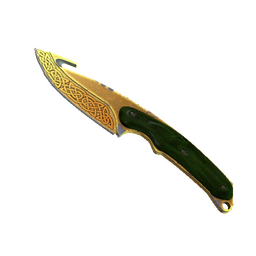