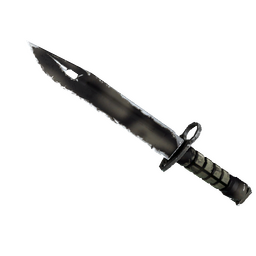 The Finnish player says that he is "eager and ready" to compete on the big stages again.

Miikka "⁠suNny⁠" Kemppi has been released from his contract with ENCE, the Finnish player announced on Friday. The 26-year-old spent the last two months on the bench following an overhaul of the squad at the end of 2020.

suNny returned to ENCE for a fourth spell in September 2019, replacing Aleksi "⁠Aleksib⁠" Virolainen in a highly-scrutinised move. Internal strife and poor results marked his last tenure with the Finnish organisation, which retained only Aleksi "⁠allu⁠" Jalli and Joonas "⁠doto⁠" Forss for their international project. suNny is a free agent after two months on ENCE's bench

The Finnish player was linked with a move to the former GODSENT squad, now playing under FunPlus Phoenix, before the team eventually signed mousesports veteran Chris "⁠chrisJ⁠" de Jong on loan. He also attempted to build a team with Robin "⁠flusha⁠" Rönnquist and Timothy "⁠autimatic⁠" Ta, but the project fell through due to a lack of interest from established organisations. autimatic has since switched to VALORANT, but suNny told Ilta-Sanomat that he remains open to the idea of linking up with flusha, who is on fnatic's bench.

suNny will be hoping to reignite a career that has stalled in the last two years. He was named the 16th best player of 2018 after playing a crucial role in mousesports' success that year, when the team won StarSeries i-League Season 4, V4 Future Sports Festival 2018 and ESL One New York.

“In the past months, there hasn't been anything to do but think and practice individually,” he wrote on Twitter. “One thing is sure: I am eager and ready to play and compete on the big stages again.” get_baited_cry_is_free
I didn't say that? You should deactivate internet now for not being able to comprehend some simple sentences. The guy above said if mantuu were to be kicked, who should replace him and I said w0xic since maybe under AleskiB's leadership may be better but idk.
2021-02-19 12:54
4 replies
#126
Potti |

CALM_BAITER
mantu is on a way worse team than woxic ever was. Basically woxic was always on a good team and still failed to make bigger impact in the scene and his career in tier1 is already over cuz nobody will pick him up now. Mantu still has time + he is playing in tier1 while woxic is not
2021-02-19 18:15
6 replies
#185

raivokkuus
For sure. Since you do too I'm sure the additions of ropz and GuardiaN don't need any explanation since ropz played a similar role to issa when he was in mousesports with sunny previously, and GuardiaN and mantuu are both AWPers. You would have a fair point about sunny though, he has always kinda taken the roles valde currently plays in the team so there would definitely be clashes. I just think NBK hasn't been great for the team from what I've seen so far, ofc I have no idea what goes on "on the inside" though.
2021-02-19 15:58
#155

skorpan
GuardiaN could go back to (close to) his old level which Would be great. Even of twist reached his peak again he’d still be really bad. Coms won’t be an issue since GuardiaN spent a lot of time in faze. Would be so much more interesting to see GuardiaN agan than twist
2021-02-19 13:48
1 reply
#205
swag |

SmokaDaWeEDs
Even a washed up guardian is better than a peaking twist. Not to be mean or anything but guardian actually puts in work being an igl, twist is more of a mid round igl, his game iq is like half of guardian’s.
2021-02-20 01:05
#89

Drppo
Swedish is a Germanic language i.e. basically the same as English. Fairly easy to get the meaning of written sentences even if you haven't learned any, the words are just broken versions of the other language >Jag tror att soLig inte kan svenska =I trust that suNny not can swedish (broken, word for word with cognates) = I believe that suNny can't speak Swedish (actual meaning, which can be reasoned from the broken version)
2021-02-19 12:45
#72

sonofdog
basically allu wanted his boyfriend for aleksiB when they were doing really good (TOP 5 at that time?) go get TOP 20 in a few months. Now ENCE lost their best players and let allu being snake. Now sunny is leaving without getting any good impact in the team. Thanks allu & ENCE for allowing that player change
2021-02-19 12:04
#85

MaybeIWill
I was neutral on Sunny but the way he took Twitter to express his opinion on a teammate doesn't look professional. Those are internal issues that should be raised within the org first. This is why orgs have spokespersons for media. He was technically an employee but created chaos for the org, burned bridges by going public, not to mention financial and reputation effects.
2021-02-19 14:02
#142
NiKo |

Peruspate
How it´s allus fault if suNny ever couldn´t bring the "firepower" to team he was suppose to bring? That´s also the reason they got so much shit for kicking Aleksib because he brought nothing in change but dead weight for the team
2021-02-19 14:54
2 replies
#202
swag |

SmokaDaWeEDs
Allu didn’t use him right what so ever. It really is allu’s fault. I don’t even understand how he’s still on that team or any team honestly. I’m surprised he has any support at all exp in his homeland.
2021-02-20 01:00
1 reply
#213

Peruspate
You don´t lost your aim anywhere because of someone else! If you take a great aimer like NiKo for example and put him on any position or role, he´ll still be a great aimer. And it´s not like they didn´t try different things with suNny, nothing just didn´t work with him.
2021-02-20 08:55
#144

FLUzArN
Espiranto retweeted sunnys post about looking for a new team and then deleted it. I feel like sunny, flusha, espiranto and ottond is a lock already
2021-02-20 00:52
#187

SmokaDaWeEDs
Honestly I wouldn’t take the chance on that, I mean issaa isn’t really playing that badly plus he has team chemistry with them. I could see it if his rating was horrid or he was in a major slump for a long while. I could see him joining as a 6th but not starting, to me it just doesn’t make since To bench a player that’s pulling his weight and has decent stats against t1/t2 teams for someone who is questionable right now to say the least. Don’t get me wrong sunny was a decent player, we just haven’t seen him in so long since he was thrown into an unwinnable situation with ENCE. It’s gunna take a while to get into forum after the beating he took there.
2021-02-20 01:17
1 reply
#212