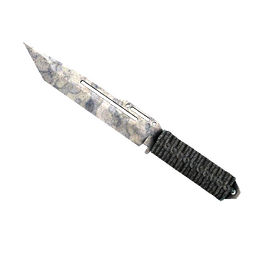 VINI on FURIA's first tournament with junior: "To be honest, communication was quite good"

The Brazilian team commented on their IEM Katowice campaign following the elimination before the playoff stage.

Vinicius "⁠VINI⁠" Figueiredo has shared his thoughts on how the adaptation to a new communication system is going following the signing of Paytyn "⁠junior⁠" Johnson from Triumph in January. The North American AWPer debuted for the team only in IEM Katowice, helping them to finish 7th-8th following victories over NIP and FaZe, and defeats to Natus Vincere and Virtus.pro.

Due to passport issues, junior joined up with the rest of the squad just days before the start of IEM Katowice, even though he had practised with the team from home for a while. But despite the less-than-ideal circumstances, VINI believes that the dynamic in the team in the $1 million competition was better than expected.

"To be honest, communication was quite good, we expected it to be a lot noisier and to miscommunicate some words," VINI said. "It was mostly me, junior and arT doing the talking to make things easier for KSCERATO and yuurih. I think we are improving a lot, we are taking English lessons and it's been good." VINI said FURIA are still working on their six-man roster

IEM Katowice was junior's biggest tournament to date, but he still managed to hold his own in most of the matches, averaging a 1.03 rating. Of the teams that he faced in the tournament, Virtus.pro was the one that gave him the most trouble as he was caught off-guard by their playing style.

"I think I performed well against FaZe and NIP, but I struggled against Virtus.pro, because their playing style was so weird and I had never faced them before," junior revealed. "YEKINDAR and Jame were owning everybody, and it was very difficult to play against them.

"For the next tournaments, I have to know my spot and how we play on every map. I'm not going to lie, I was quite a bit confused about what we were doing in our matches on Overpass. I think these next weeks before ESL Pro League are definitely going to be good for us."

The ESL Pro League Season 13 is slated to start on March 8. According to VINI, it's unlikely that Lucas "⁠honda⁠" Cano, the team's backup player, will see any action in the tournament as he is still getting experience and learning the ropes.

"This is up to guerri and arT, but I don't think we are going to use honda in ESL Pro League right now," VINI said. "It's something we are still working on, he's watching us in practice and learning every spot. I mean, if he's ready one day before ESL Pro League starts, then sure, he can play." THE_Gentleman
Smart teams and players learn new languages, i think some other brazilian lines don´t know how to speak in english even after long years at North america... Guys like Hen1 , Lucas, old tempo storm rooster (tatazin, dzt, shz) , show the diff between high lvl players that think in their carreer in a long term and those that don´t.
2021-02-26 00:13
4 replies
#66
EliGE |

SH1NoOB
They wanted to maintain the team structure, so they had to get an awper (an agressive one if possible), who could fill this hole? Fallen (not an option for Furia, they dont have a lot of money even if Fallen wanted) Kng (He's sticking with his "plan") Yel (viable but i dont think he is good enough for Furia and i dont think he fits well in the team) saffee (unproven brazillian talent, more unproven than junior, and has a passive playstyle)
2021-02-26 23:12
#16

HHazuka
Not exactly for the sake of junior. For them (the players), to be able to communicate in english means they can play with international rosters as well. If they learn enough, they'll have options for the future, outside of just brazilian teams. While I agree it's not ideal, they're considering the bigger picture (I suppose lol).
2021-02-26 05:51
#100

bestest_fluke
if their english gets better, they arent gonna be stuck playing in brazilian teams and they can go go other euro teams that speak english with no problems
2021-02-26 13:57
#37
yuurih |

gabsthecreator
and they live in the USA, so i don't see language as a problem, i really hope Junior find a way to help Furia getting more consistency
2021-02-26 00:31
#68

Anarchybr
+1 Also VINI and arT are fluent English speakers So 3 of the 5 speaks English KSCERATO and yuurih doesn’t have a good English but it’s way more logical for them to learn it now (btw English will be useful on their future) than to JUNIOR learns Portuguese (a language he will probably never use when he quits CS). Of course with their daily coexistence (since they live together), junior will probably learn a thing or two like tarik and Stewie did with their time in MIBR
2021-02-26 03:07
2 replies
#70

MaNiHa
Fair I guess, and useful for interviews. Feels like it would still impede communication more than if junior learned basic Portuguese though, and comms are important
2021-02-26 19:10
#80
nak |