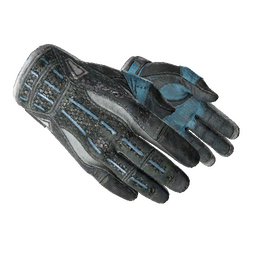 Details regarding the tournament that will provide a spot in the BLAST Premier Spring Showdown have been announced.

The team behind the Fantasyexpo Cup, a tournament for squads from Western Europe with $25,000 and a spot at the BLAST Premier Spring Showdown on offer, has announced mousesports, FunPlus Phoenix, and PACT as their first invited teams.

The two European squads were handed spots based on their world ranking, while Jacek "⁠MINISE⁠" Jeziak and co. were invited as the winners of the Polish Esport League. The remaining five teams will be decided through regional qualifiers for Poland, DACH, UK, France, and a last-chance Western Europe qualifier. ropz and co. have a long road ahead to reach Spring Finals

The action starts on March 5, with open qualifiers for DACH (Germany, Austria, Switzerland, Lichtenstein), France, and the UK. Each of those regions will feature a group stage leading up to a grand final match that will decide the regional representative in the Fantasyexpo Cup.

The Polish qualifier will be run without an open qualifier, in cooperation with the Polish Esport League, while the last-chance Western Europe qualifier on March 19-20 will see one team earn their spot in the Fantasyexpo Cup through an open bracket.

Signups for the qualifiers are available below:

The eight spots at the Fantasyexpo Cup will be allocated as follows:

When the eight teams are found, the main part of the Fantasyexpo cup will take place on March 23-25. The tournament is one of five BLAST Premier Spring Showdown qualifiers announced by the tournament organizer, alongside events for the Nordics, North America, Iberia, and Latin America. All of the events will take place in March, offering $25,000 and a spot at the Showdown.

Currently, six of the sixteen teams for the Showdown are confirmed, including Astralis and Vitality, with only two of them able to advance to the Spring Finals.

weird_flex_but_ok
you are funny they could even invite 4 polish teams it doesnt change anything, its good for our scene, no one wants to watch nemiga, sprout, og or delusionals brazilianos
2021-03-03 00:25
4 replies
#74

xaboff
I mean they either bomb out in second to last place after losing to pact and endpoint, or breeze through without losing a map and go on to win the whole Blast Showdown and Finals
2021-03-02 15:59
#14

kazakh_matchfixer
i believe fun plus phoenix organisation donate billions $ for this invites first EPL and now this
2021-03-02 15:50
#31