The European team will have "one last dance" with the benched player.

OG will field Nathan "⁠NBK-⁠" Schmitt in their fourth match in Group A of ESL Pro League Season 13 against Heroic, which will take place on Thursday at 12:00 , the organization has announced.

Although no reason was given, OG were likely not allowed to use Nikolaj "⁠niko⁠" Kristensen in the match due to conflict of interest concerns, as the 22-year-old has remained contracted to Heroic since he was benched from the Danish team late last month. NBK will step back into the roster to play against Heroic

The European side will play with NBK- for the first time since they exited IEM Katowice in the group stage at the hands of FaZe nearly three weeks ago. The Frenchman was placed on the bench a few days later and the team has since been linked with niko, with whom OG have also played in the first three matches of the league.

Aleksi "⁠Aleksib⁠" Virolainen & co. currently sit on a 2-1 record in Group A after beating BIG and Renegades and losing to Complexity. After they face Heroic on Thursday, the team will have one more match to play in the group stage, against FunPlus Phoenix on Friday at 19:00 .

SavageSven
problem with NBK is his attitude not gameplay, however. Everyone likes NBK's role, but his propensity to disagree with the team gets him booted off Vitality and OG
2021-03-11 20:49
#78

EZ_FOR_NINJAS
they have a lot of firepower and put up a good display against big - considering og form, i do not have much confidence in og. mantuu and issaa are very inconsistent
2021-03-10 23:35
#133

BigBeing
Thread literally said that no reason was given: they were likely not allowed use niko againts heroic? So who either it would be if not heroic deciding that?
2021-03-10 22:55
2 replies
#56

Dogman69
niko is still a Heroic player, so they can decide to not let him play just like teams in football who loan out players don't let them play against their parent club
2021-03-10 23:11
1 reply
#63

BigBeing
Still pretty bitch move since they already basically kicked niko from heroic. They basically are scared to lose to OG if niko is with them. OG even with niko they would lose to heroic so why not just let niko play with OG, they already did him dirty. Also heroic has pretty much confirmed their playoff spot so wouldnt even matter if they lost.
2021-03-10 23:16
#31

BackpackVibes
And this is why you are not a professional at all ^^ NBK got a unique chance to prove to the management team and show what he was meaning by difference on how to perform for Tier 1.
2021-03-10 23:39
1 reply
#118

WaXeN1
Although I understand we are testing new waters for esports with loaned players against their original org, in traditional sports, let's say football, if messi is loaned form barca to bayern munich, munich would be more than compelled to field him and there wouldn't be any...questions asked. I would even argue that over the years, loaned players have overperformed against their original ones in order to impress them. Nonetheless, very interesting.
2021-03-11 13:14
#132 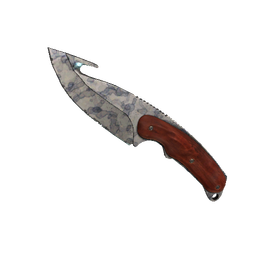