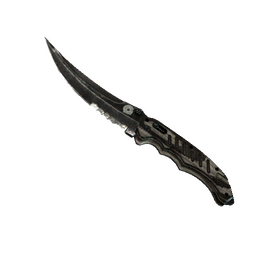 The event will grant one North America-based team a spot at BLAST Premier Spring Showdown.

The North American BLAST Premier Spring Showdown qualifier, VENN Invitational Spring, is set to take place on March 26-28, with $25,000 on the line for the winner as well as a spot at the aforementioned BLAST event.

Eight teams have been seeded into two best-of-one GSL groups, from which the top two in each group will head to a single elimination bracket that will decide who takes the grand prize and the chance to play the Spring Showdown. Extra Salt received an invite and will compete in Group A

Three of the teams that will compete at the event made it to the VENN Invitational Spring through open qualifiers, namely RBG, Rebirth and Levitate, while five teams were directly invited to participate at the event.

The invites were handed out to the DreamHack Open March North America champions, Extra Salt, as well as the runners-up, paiN, with the other three going to Recon 5, High Coast and Triumph.

The VENN Invitational Spring Groups are:

Swisher
We were invited and we originally accepted but if we won it overlapped with ESEA Premier playoffs so we withdrew and told them to invite another team. We feel that premier playoffs is bigger for us at this time.
2021-03-25 22:39
4 replies
#22
FalleN |

LeDiplomate
Yo le noob, Didn't you try working it out with ESEA?? I'm certain a compromise could have been found. Or maybe it's not about the schedule but the exhaustion that playing 2 tournaments at the same time would cause, which is fair and an understandable choice.
2021-03-26 09:23
#6

BGS
Honestly, this is actually a pretty intriguing tournament for people that are interested in if N/A has some talent on the rise. Minus the Bad News Bears this is pretty much the top T2 teams battling it out for a chance to not only get some real competition under their belt (if they make it to blast) but also a chance to make their dreams come true and shock the world and qualify for the Blast Spring Finals. This is an example of opportunities opening after a lot of T2 players left for Valorant. Some of these teams have been putting in work.
2021-03-25 22:50
#28
NiKo |