The British player is expected to plug the gap in the squad as the organisation prepares for life without the Israeli talent.

Endpoint will field Thomas "⁠Thomas⁠" Utting as their fifth player next week in the BLAST Premier Spring Showdown if OG complete the signing of Shahar "⁠flameZ⁠" Shushan, HLTV.org has learned. Discussions between the two organisations are at an advanced stage, with a deal expected to be wrapped up soon.

Thomas subsequently confirmed the story on Twitter, adding that he will also play for the team in European Development Championship 3, which will kick off Wednesday.

flameZ, one of the brightest young talents in the Counter-Strike scene, has emerged as OG's primary target to fill the vacant roster spot created by Issa "⁠ISSAA⁠" Murad's benching, last month. Michał "⁠MICHU⁠" Müller was also under consideration before OG stepped up their interest in the Israeli player, who was earmarked by Nemanja "⁠huNter-⁠" Kovač, Florian "⁠syrsoN⁠" Rische, Robin "⁠ropz⁠" Kool and Nikola "⁠NiKo⁠" Kovač in the most recent HLTV Top 20 as a player to watch in 2021 and beyond. Thomas is expected to play for Endpoint in the BLAST Showdown

Thomas is no stranger to Endpoint, having played for the organisation in two spells between 2018 and 2020. Both times, he left the team to try his luck in international projects - NoChance in 2019 and Envy in 2020 -, but he found success hard to come by.

The British player became a free agent in February, just weeks after Envy decided put their CS:GO division on hold for an unspecified period of time. He played just one tournament under the North American organisation, Flashpoint 2, in which Envy finished 7th-8th. He has stepped in for Endpoint several times this year, in both domestic and international competitions. TheSwiggsScenario
Haha it's not quite like that -- chrisJ has that veteran status that means his perceived value is always higher when he's not active on a roster, while players like smooya and Thomas are clearly too good for UKCS, but can't quite get it to stick at t1-2. If a project doesn't work out, there is always a place for Thomas at the Endpoint table. The real problem in this story is that, since the pandemic, all UK teams apart from Endpoint have folded.
2021-04-07 12:16
#109

LoOuU2
YES. HE'S BACK THE GINGER ZYWOO IS BACK AFTER GETTING CUCKED IN ENVY, HE IS READY FOR REDMEPTION. I am actually happy to see him back in these folds, he was quite underrated back in his last stint with them. Good luck to Flamez, better option that Michu for sure.
2021-04-06 19:23
#31

Imissexoptic
they surely know what they are doing and I think now its time to break the bank and get mezii alex even perhaps smooya aswell
2021-04-06 19:40
3 replies
#56
BnTeT |

skorpan
Thomas is really bad and flameZ is overrated. Cruc1al is the best player in endpoint while flamez being on the same level as robiin. Sure he’s Young and able to develop, but i still think that MICHU Would be better for OG.
2021-04-06 23:02
#80

MysteriousFigure
knowing life he'll probably end up on Mad Lions or some shit as Kuben will entice him in, it will all fall apart, and he will yet again be at the precipice of breaking out as a top player, but not actually getting past that point
2021-04-07 00:56
1 reply
#113
autimatic |

prillmeister
Why did we get points for Thomas instead of flameZ in the first game but not in the second game?
2021-04-07 21:36
Login or register to add your comment to the discussion. 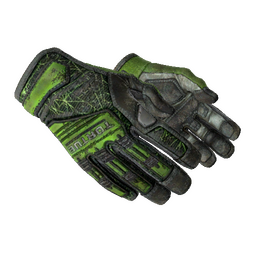