The IEM Katowice champions put in another dominant display to extend their flawless record in the tournament.

Gambit are through to the semi-final stage of ESL Pro League 13 following a two-map victory over Astralis, who will have to fight for survival on Friday against FURIA. The CIS side's sixth straight win of the tournament was decorated by an imperious display from Sergey "⁠Ax1Le⁠" Rykhtorov, who put in a 2.27 rating - the second-highest of his career - to power his team to an easy victory on Overpass. Inferno was a tit-for-tat affair for the most part, but uncharacteristic slip-ups late in the second half saw Astralis cede control over to their opponents.

"It was a typical day for Ax1Le, he's killing it every time," Abay "⁠Hobbit⁠" Khasenov said after the match. "I'd like to say thanks to my teammates. I was a bit stressed on Inferno, but nafany's calls were really great. I didn't expect us to win Inferno. I had lost a lot of Inferno games to Astralis. It's hard to play against them on this map."

Ax1Le was the top fragger on both maps

Astralis picked up an early lead on Overpass, but it all fell apart for the Danes from there as Gambit responded immediately on a force-buy and took control of proceedings. The CIS team tore Astralis' defence apart in an 11-4 rout, with Ax1Le leading the charge with 21 frags and a stunning 153 ADR.

The 18-year-old added to his tally with a trio of frags in the following pistol round to fire Gambit further into the lead and pile even more misery on Astralis, who began to put some rounds together once they had money in the bank. Their resistance didn't last long, however, and the red-hot Russians soon laid the game to rest.

The early stages of Inferno belonged to Gambit, who kept Astralis at bay with a tight defence, shutting down any chances of their opponents gaining a foothold in the game. The Danes then enjoyed a spell of dominance and went on an 8-1 run, but their hopes of taking the series to a third map were quashed when they lost two rounds that appeared to be under control (a 5v2 and a 4v2). Gambit built on that momentum, bringing Astralis' economy to a crawl, and locked down the map in quick fashion. WeAlsoHaveLEGO
Well, we'll have the answer tomorrow. I think Astralis has Furia figured out, and if they are in a little bit better form than today, they will face Heroic next
2021-04-08 21:54
6 replies
#60

annieareuok
He should be bottomfragging, try playing just a pug and play the b site and on t side buy all the nades for your team before weapons and you will bottomfrag aswell
2021-04-09 07:17
#23

Jonty04l32
Don't let the scoreline fool you, this was an absolutely fantastic series to watch and if not for Ax1Le, who went absolutely bananas, this series would've been much closer.
2021-04-08 21:43
4 replies
#38

mcs#
gj gambit! I was really upset with supra' kick last summer when they ruined their 30+ maps winstreak but rn I must admit - it was a really good decision to bring experienced guy to the roster + thx to hobbit for playing with such passion.
2021-04-08 21:48
#39
ZywOo |

justreadtheinstruction
No big effort were required for Gambit, just a regular working day. Looking forward to a really strong opponent for CIS-gods.
2021-04-08 21:51
#47

ROAD_TO_USA_CITIZENSHIP
who the hell wouldnt enjoy the small team pushing themselves to their limits and beating all odds? i always enjoy this kind of stuff
2021-04-08 23:54
3 replies
#181

global_silver_boi
What the fuck, funny how everyone's quick to mock Astralis rather than gaze upon the fact that Ax1Le got a 2.27 rating on Overpass.... 2.27!!! Astralis haven't been playing their A-level overall in the Online era. Although it is noteworthy they finished 1st in their group. Respect to Gambit, they have the most talented CS:GO team right now, we'll see how the talent converts to trophies in the future.
2021-04-08 22:33
3 replies
#133

MovementGod
they can improve if s1mple contract will expire, i dont think he wouldnt mind to join them even tho they can add smarter player than interz, he plays stupid so much
2021-04-09 02:06
2 replies
#160
mir |

Dearboleg
gambit had no chance to prove themself at lan, they were literally an academy team when last lan happened. vp is a major runner up (not really russian team, but everyone living in russia except sanji and yeki, russian is their native so). TS was a solid t2 team for quite a long and recent roster changes took them to the next lvl
2021-04-09 10:38
#118
flusha |

VelsVivard
Woah, I'd definitely watch it if it wasn't scheduled for when it was midnight for me and I haven't worked the next day. Gonna watch that juicy second map anyway.
2021-04-09 02:07
#137

LoOuU2
Didnt quite catch the game but honestly, expected. I kept saying over the course of last few days that Astralis needs to pick D2 against Gambit or the veto was always gonna be in their favor. D2 was Astralis` best map this tournament and Gambit barely had 50% win ratio on it in last 3 months compared to every other map yet they went Inferno where they havent looked that great. Maybe Astralis defeats Furia but they are gonna fall to their Danish brethren in the semis, GGs.
2021-04-09 05:44
#158

SebL
Ax1Le is looking good. Gambit is looking great, I think when they will work on their strategys a bit more they could be the best team we have ever seen. Astralis is looking pretty good to, but I feel like they lost their chemistry after gla1ve and Xyp9x took a break.
2021-04-09 08:01
#168
ropz | 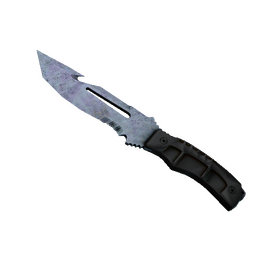