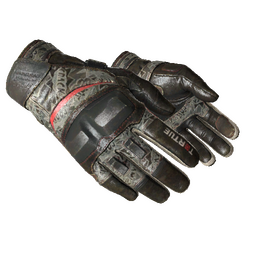 The Danes put in a near-flawless offensive display to reach their first final this year.

Heroic secured a spot in the ESL Pro League Season 13 grand final following a convincing 2-0 victory over FURIA, who were made to pay the price for their veto gamble as they were forced to play Dust2 for the first time since May 2018. Heroic came out on top of this straightforward match without really needing to break a sweat, going 20-3 on the T side, and they'll be hoping to carry this momentum into Sunday's grand final against Gambit as they chase their first title with this lineup, which remains undefeated after nine matches.

"It's crazy, I'm so happy right now," René "⁠TeSeS⁠" Madsen said after the match. "Playing with this team is the best feeling in the world. Everyone is amazing.

"We just punished them with a Dust2 pick. They probably don't know half of the callouts in English. That was just a punish pick. It was kind of puggy from us and we just did basic stuff on the T side." Heroic march on to the grand final

The early stages of Mirage were played at a breathtaking pace, with neither side able to impose their will on the game. The see-saw nature continued right until the final stages of the half, when FURIA seized the initiative and won four rounds in a row for a 9-6 lead. But Heroic came out of the break firing on all cylinders and took the game to FURIA. After a quiet performance on the CT side, Ismail "⁠refrezh⁠" Ali stepped up to the plate and led the charge on the offence (2.42 rating), delivering the finishing blow with an ace to put an end to any hope that the Brazilians had of pulling off a comeback.

Heroic were hoping to throw FURIA off-guard with their Dust2 pick (even though they hadn't played the map since August), but Andrei "⁠arT⁠" Piovezan's troops didn't show any signs of discomfort initially as they hopped out to a 5-0 lead, with Yuri "⁠yuurih⁠" Santos raising eyebrows with a fast 1v3 clutch in the first gun round. Heroic responded with a five-round streak of their own, but FURIA came fighting back in the closing stages to secure another 9-6 lead.

FURIA entered double-digit territory upon switching to the CT side after punishing Heroic's indecisiveness in the pistol round, but the Danes responded immediately on a force-buy. The rest of the half was dominated by Casper "⁠cadiaN⁠" Møller's troops, who ruthlessly tore the FURIA defence apart to complete a quick victory. 3manu3l
although yes the events are ancient history, they do show reasons why he/she may dislike both of these teams. The gambit roster may be different but the banner has not changed, just my thoughts
2021-04-10 23:50
#64

decis1ve
Both are new teams, with annyoing playstyles to play against, not proven on lan, not with big names that u usually prefer to see in a final and not big orgs. This results in less views in the final and a less enjoyable match up. And probably easy for gambit..
2021-04-11 00:08
#9

man_of_fireland
So just because 1 player is below average doesnt mean I hate brazil, lol. Do you hate denmark cuz your counyry dont succeed? Big brain yours. NT mutiris.
2021-04-11 00:56
#65
olofmeister |

man_of_fireland
Nope. Just because he hits some crazy shots means he play good lol. He over agressive when it no needed and has a lot of bad decisions midround. (Fallen said that when he kicked him) and still.
2021-04-11 00:59
4 replies
#75

HKZeroFive
It was HEN1's idea but it's still a dumb move for both parties. O Plano currently has no team and LUCAS1 is a massive liability but HEN1 wants to put family ahead of his career. Meanwhile junior always goes missing in decisive matches for Furia.
2021-04-10 22:02
1 reply
#38
KSCERATO |

slacking
not really, pretty obvious that astralis aren't playing good. but after that win furia fans were acting like they won the tourny already
2021-04-10 23:04
1 reply
#79

charybids
I don't think it was YOLO CS that got them today. They had 9-6 T halves with pretty on-brand Furia CS. It was the CT side that did them in; VINI underperformed and junior had a really rough series with that CT AWP finding zero impact. Regardless, semifinals of ESL Pro League isn't too bad
2021-04-11 04:37
1 reply
#93
s1mple |

GOELFLA_br
thank you furia for showing that even though brazil can still compete in auto level championships, no matter if it is lan or online, you bring pride to us even losing today, and that still has a long way to go but that will continue to improve and bring pride to the Brazilian people #DIADEFURIA
2021-04-10 22:26
4 replies
#45
Potti |

Hanseflats
I feel that with a slightly different map draw Furia would have made life a lot more difficult for Heroic, they have so much firepower. Really great game and I'm a fan of BR CS now - good luck going forward!
2021-04-10 22:51
1 reply
#57

Ence_1_SS_I_League_Win_Mibr_0
+1 We can admit from recent performances that Brazilian scene is really competing against EU, NA´s situation has been bad as Chaos, Liquid and Furia were the only teams which got success there, and while Liquid and Furia has been competing on EU, we have seen some entertainment CS and also competetive one. Furia has been top 7 team in my opinion and I hope that some day SA/NA could really challenge EU as nowadays Gambit seems to be the best team there. Hard work pay off.
2021-04-11 03:23
#41

GOELFLA_br
and congratulations to heroic, played very well today but we will always come back stronger, I will cheer for you in the final, they won my respect
2021-04-10 22:29
#42

sideuS
gg heroic, they show consistence and a winner's mindset, as well as furia dont played with joy, energy. seems like our guys are a bit nervous, losing clutches, weapons and points situations...
2021-04-10 22:56
#53

williamhsk1
Despite the defeat I liked to see the evolution of Furia in the championship, Junior is a young boy, he has a lot of experience to acquire and come more prepared in future and decisive matches. GGWP to Heroic
2021-04-10 23:13
#61

thereakTakeN
Junior hasnt played today, and VINI didnt played that d2.. Now we need to see the mistakes that we made and prepare ourselfs for BLAST #GOFURIA
2021-04-10 23:53
#63

clutchkongen
people were blinded by that furia victory against a very lackluster and worn out astralis team. Heroic put these brazilians in their place. ezzz.
2021-04-11 00:06
#66
swag |

Anarchybr
GG heroic, stavn is a monster and refrezh always play godly against Brazilians lol As for FURIA, im happy for then, that 10-9th position in Katowice was just unfair, sadly the first team they found on playoffs was VP Anyway, arT showing a high level of maturity to adapt to EU meta, yuriih and KSCERATO great as always and VINI stepping up... Junior had a bad performance today but we need to give him more time, I still hopes that he can become an great awper. If they still had HEN1 they would absolutely win this match, in my opinion
2021-04-11 00:57
1 reply
#94
Potti |

Hanseflats
Agreed. Individually Furia have phenomenal skill, these guys hit some insane shots. As for Junior, it'd probably be best to give him some time. He's shown great potential on the AWP and it seems the main issue is communication. If they get that sorted Furia have the potential to be considered a top 5 contender, which is no small feat.
2021-04-11 09:52
#70
JORDAN |

Lemondogs_puetzt1
They reach finals without lost match, and some guy from Iceland is telling to us they aren't good team? Haha trashtalker, they gonna rekt Gambit today 😉
2021-04-11 14:26
3 replies
#105

SebL
This Heroic is looking insane, they are a TOP 5 team already for me. FURIA is showing a little bit of life, but overall I think changes are needed if they want to be T1, the firepower is just not there I feel like.
2021-04-11 19:50
Login or register to add your comment to the discussion.