The story of SAW, the team carrying the Portuguese flag high

The veteran squad is trying to scale heights that no team from the Iberian Peninsula has been capable of reaching.

Almost two years have passed since dozens of Portuguese fans travelled to Madrid by bus to cheer for Giants, the best Portuguese team at the time, against Movistar Riders, their main rival in the Iberian Peninsula, for a spot in the $250,000 BLAST Pro Series Madrid.

The fans put on a show as they invaded the streets of the Spanish capital dressed up for the derby, wearing Giants jerseys, waiving Portuguese flags and carrying green and red flares. Drawing inspiration from the ultras groups in football, they cheered loudly and bellowed chants all day long, leaving no one indifferent.

Giants beat Movistar Riders after three maps and advanced to the group stage of BLAST Pro Series Madrid, putting up a good fight against ENCE and Cloud9, and defeating NIP to return to Portugal with one victory in the bag and a sense of accomplishment. Neither Giants nor Movistar Riders were playing at the highest level at the time — they were ranked only 99th and 37th in the world —, but the chance to beat a regional rival and set foot on the global stage was not something to trifle with. SAW have made huge strides since the team's creation

The Iberian scene has historically lagged behind other regions in Counter-Strike, and it has been dealt a few major blows in the last year, with a number of high-profile players moving to VALORANT and some organisations switching their focus to Riot Games' shooter. These days, one of the few success stories coming from the region is that of SAW, a Portuguese team created in January 2020 that has slowly become the best squad that the country has ever produced. They climbed to 21st place in the world rankings earlier in 2021 and a few weeks ago beat Movistar Riders in the grand final of LVP Unity Spring Cup to earn a spot in the BLAST Premier Spring Showdown, in which they’re slated to face Heroic, the recently-crowned ESL Pro League champions, in the first round.

But getting to this level has not been smooth sailing. SAW was launched as a temporary project, and the organisation even considered selling the team over the summer due to a lack of resources.

"The arrival of a sponsor helped the organisation to keep the team," SAW manager Bruno "Marinhas" Marinheiro told HLTV.org. "In January 2021, the whole project took a leap forward with the entry of another three renowned sponsors that guaranteed the sustainability of the organisation. Nowadays, we have to maintain the path that we have been following, of progression and stabilization in the Iberian Peninsula's esports scene."

SAW's roster has been the same since the project came together following a split in the Giants' camp. Christopher "⁠MUTiRiS⁠" Fernandes, Ricardo "⁠rmn⁠" Oliveira, Omar "⁠arki⁠" Chakkor and head coach Ricardo "⁠AIm⁠" Almeida decided to create a new squad together with the ex-OFFSET duo of Renato "⁠stadodo⁠" Gonçalves and Tiago "⁠JUST⁠" Moura. With an average age of 27.6 years, SAW have the oldest roster in the top 30.

"Experience has been fundamental, without a doubt, especially to prevent repeating mistakes of the past," MUTiRiS explained. "We know what it takes for a team to work and we are all on the same page. I think the age factor doesn't get in the way as long as the motivation and the will to win are there."

It’s strange, to say the least, that a team trying to make history for Portuguese Counter-Strike doesn’t include the biggest star the country has ever produced, Ricardo "⁠fox⁠" Pacheco, who notably played for Kinguin, G2, and FaZe between 2015 and 2016. The 34-year-old has enjoyed only modest success since his Giants teammates left to create SAW, and is currently playing for OFFSET after the Spanish organisation decided to keep x6tence as their sole CS:GO team.

For MUTiRiS, who spent several years competing alongside fox, it would be unfair to say that moving on from the former FaZe player was needed, but he is delighted with how things have worked out.

"Honestly, after spending one-and-a-half years with the same core (MUTiRiS, rmn, and fox) and failing to reach the level we were aiming for, it was the decision that we considered the most correct,” the 28-year-old said.

"Looking back now and seeing everything we have achieved with SAW, I think that in a way, the results speak for themselves."

Without fox on their side, the team needed someone else to step up with the AWP, and stadodo has proved himself as a capable sniper at a high level (1.11 rating and 1.14 impact in 2021). However, the 24-year-old dismissed comparisons with fox. stadodo boasts the highest rating in the Portuguese squad

"I personally don’t see myself as a main AWPer, I’m a hybrid player that can do everything inside the server, stadodo said. "I don’t feel I’m the best Portuguese AWPer, but I feel that I’m the most complete player."

stadodo and JUST shared the frustration of not being able to qualify for relevant international events while competing with OFFSET. Joining SAW has allowed them to realise their potential and finally reach the grandest stages.

"I think it was a 'perfect match',” stadodo said. "I was looking for a team where everybody had a good mentality and could help me to evolve. It was also very good that JUST joined me because he was the best player I had played with and also because we have good chemistry inside the server."

The dedication and discipline shown by stadodo are hard to find in the region, according to MUTiRiS, who believes that some players refuse to get out of their comfort zone and grow complacent when they reach a certain level.

"People need to understand that in order to reach the top, we have to give our lives," MUTiRiS explained. "This means making sacrifices, such as not spending enough time with your family, friends, or girlfriend.

"I don’t see this desire in the scene. This lack of ambition leads to stagnation, and the growth of the scene is very slow compared to other regions." The BLAST Premier Spring Showdown represents one of the biggest challenges that SAW have ever faced. Twelve months ago, it was inconceivable that the Portuguese team would be playing tournaments like this almost on a regular basis, and it's no surprise that they already have their eyes on bigger things. Their next goals are to break into the top 20 in the world rankings, something that no Portuguese team has done since 2013, and to go all the way in ESEA Premier after finishing in third place last season.

"Since day one, our mentality has been to evolve every day and results will come," MUTiRiS said. "We want to secure our spot in the top 20 and it would be very good if we manage to win ESEA Premier and earn a spot in ESL Pro League. That would be the icing on the cake for us after everything we have done so far." iBait
sAw has indeed been impressive but personally I don't see this project reaching the upper echelons of professional Counter Strike without a roster change. Perhaps adding upcomers like XANTARES and NiKo to the roster could reinvigorate them and help them fullfil their aspirations as professional gamers.
2021-04-15 12:03
9 replies
#16

lessfukngooooo
Your mistake is thinking that morbidly obese Hltv bettors can ever comprehend what true loyalty to a team is. let them bark bro.
2021-04-15 12:21
#32
Brollan |

PatoDeBorracha16
at this point i just want them and offset to clear the path for younger players we are starting to have some interesting enough players for t2/t3
2021-04-15 21:31
#35

Iwasbannedfor10yearsdunnowhy
So proud of these boys, making a name for Portugal internationally, hopefully the best is yet to come!
2021-04-15 12:29
#48

xReaper
Congratulations they did good in 1 or 2 lans... their whole llan ife is pretty much the iberian region cause most times they cant qualify for anything relevant, amazing resume indeed. Lets talk again when the lans restart and they go back to tier 4 or 5 and their amazing high skilled iberian lans.
2021-04-15 17:42
1 reply
#158

DingoPT
SAW on LAN > SAW in Online. Try to play with our ping against german, polish, romanian teams and then talk about us. That's why with a almost same roster we literally dominated NiP and almost won against C9 an ENCE on LAN. And Vitality were destroyed 1 year ago with this roster. When LANs start to appear, let's see what happens.
2021-04-15 18:19
#57

w1nter23
Thank Mr. HLTV for the sharing the story. The team is slowly growing being the most consistent team since old the old Kick roster. We're getting there for sure. Patience will get us there. #sAwtouadar
2021-04-15 12:45
#61

Aderitus
Thank you for the highlight @HLTV. I wish LAN events were back so we can show the true force of Portuguese support but alas we must wait another year perhaps.
2021-04-15 12:46
#62

lessfukngooooo
saw sounds similar to só(only in port) tou a dar in CS terms basically means "i am only stomping" so #sawtouadar basically means #Iamonlystomping
2021-04-15 12:59
#83

w1nter23
It's an expression we use in-game in portuguese which means something like Only Stomping/Killing when we're having one of THOSE games. Translating it would mean Only giving.
2021-04-15 13:11
1 reply
#89

gazav
Well done! Wasn't from the portuguese Mira, but was from a brazilian content creator, what is great to know too :) This isn't great for the portuguese scene, but for the Iberia scene, never forget that, hermanos!
2021-04-15 13:31
#95

slartibartfast
+1 funny thing, i actually had relative and i edited it to relational. was wondering this for a while but google translate gave "relational" to my phrase in finnish so i went with that. sorry, not native.
2021-04-15 16:22
#188

MufT4r
for a very stagnated scene saw is for sure reaching high places. No other team have reached higher so it is high for our scene and we couldn't be prouder of our boys
2021-04-17 07:20
#127

MufT4r
higher than ever No one from a nation who have a developed scene can understand what this team means to iberian scene. it is historic for our region to be 1 game away from esl pro league
2021-04-17 07:23
1 reply
#195 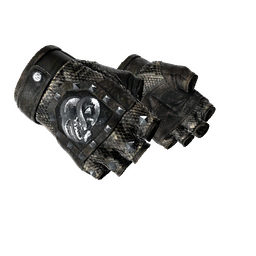