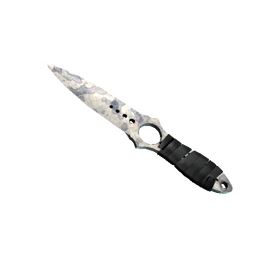 try: "Our main goal is to return to South America a better team than when we left"

The Argentine youngster sees 9z's trip to Europe as a catalyst for improvement and an important step in the team's evolution.

Santino "⁠try⁠" Rigal, 9z's 16-year-old AWPer, has come a long way since he was promoted from the Argentine organization's academy squad in February 2020 to stand in for the main team in lesser regional tournaments. 'La violeta', as the team is known because of the color of their uniform, have since gone on to become fierce competitors in the South American region, and they are now set to play their first match against top opposition in the opening round of the BLAST Premier Spring Showdown bracket, where they will face Vitality in a do-or-die match.

"The truth is that we're going to be nervous because this is a top-tier tournament," try told HLTV.org when asked about the team’s first official match on European soil. "But I won't lie, I'm not too anxious. Vitality are the ones that have the pressure to win. If we win, that's great, but if we lose, that's what's expected, although we're obviously going to give everything we have to show that we're a good team.

"This tournament is bigger than what we're used to, and that will cause some jitters, but they're the ones that have to win and we can use that pressure to our advantage. There's also the fact that the tournament is online, and I think that favors us because teams like Vitality are even better on LAN than they are online." try has become a player to watch in his home region, averaging a 1.17 rating since joining 9z
(Photo courtesy of 9z)

The South American squad's tournament run could be a short one as they are the heavy underdogs in the match-up against Vitality in a cut-throat single-elimination tournament. But for 9z, the opportunity to travel to Europe and bootcamp in Counter-Strike's strongest region is in itself a cause for enthusiasm.

"Europe is the only region in the world that has top-tier events right now and these opportunities don't come up often, so traveling here has been a huge motivational boost for us and something we really needed," try said. "We’ve worked very hard and we kind of deserved to win the BLAST Showdown qualifier — it's a huge breath of fresh air to be able to play a different type of tournament outside of Brazil.

"We're far from becoming a top-tier team, but just practising against the second-tier teams in Europe is helping us pinpoint the things we need to improve on because experiencing these things first hand is much more valuable than just knowing or imagining them. I'd like to be able to return to South America a much more rounded player than I am now, and as a team I hope we can absorb as much as possible while we're here so that when we go back home we're a better team as well. That's our main goal, to return to South America better than when we left.

"As a team we’ve already passed that first period of getting to know each other, and now we're starting to become a more rounded team, so this bootcamp is very important for us in that sense, so that we can go from being an average or decent team to becoming a good one, and I think we'll be able to improve because we've been getting better day after day here." bit, max, try, zakk and dgt in Belgrade, Serbia, where the team is currently bootcamping
(Photo courtesy of 9z)

But it has not been all plain sailing for 9z, whose preparations for the BLAST Premier Spring Showdown were dealt a significant blow on the eve of their European trip, when they learned that Martin "⁠rox⁠" Molina would not be able to travel due to personal reasons. "I won't lie, when we found out that rox wasn't going to travel with us, we were very sad and stressed," try said. "This trip is very important for any team in South America, it's a rare opportunity and the truth is that we were very saddened by him not being able to come with us, but it is what it is." 9z have spent the last days trying to get up to speed with Rajohn "⁠EasTor⁠" Linato, the former Movistar Riders AWPer who will be playing for the team on loan from VELOX. "We're not paying too much attention to Vitality," try admitted. "We're mostly focusing on our own game as we have EasTor standing in, so we have to make the necessary adjustments. We've been prioritizing working on ourselves and the good thing is that if he feels comfortable he can play the secondary AWP."

try has become a sensation in his native Argentina among 9z’s fanatical following as one of the driving forces behind his team’s regional success at events like ESL Premier Season 12, Liga DELL and Gamers Club Masters IV. He was named the 11th best player of 2020 competing in Brazil by Draft5, although his early days with 9z were not without the occasional wobble. "Many people don’t know this, but I wasn't an AWPer before joining 9z's main squad," try recalled, "so I was kind of forced into playing with the AWP if I wanted to remain on the team. I had to adapt and it was a huge change in my career. I was really bad the first three months, but with time I've been getting better."

After establishing himself as one of the young players to watch in South America over the past year, with an average 1.17 rating since joining 9z, try now faces the biggest challenge of his still-young career. A clash with Vitality will give him the chance to test his skills against one of the players who have inspired him the most. "I wasn't even playing professionally in 2019, I never would have imagined that a year and a half later I would be playing against ZywOo," try said. "He's someone I look up to, just like s1mple and device, the three AWPers that we can say are my 'idols' in the game and the players I identify with the most."