The British duo has been removed from the active roster to "help progress the team out of a period of stagnation".

GamerLegion have benched in-game leader Adam "⁠Adam9130⁠" Ahmad and most recent addition William "⁠dobbo⁠" Dobson, the organization has announced. The duo leaves the active roster following a series of middling results in the first quarter of 2021.

"After much consideration we have made the decision to bench both Adam and Dobbo from our active lineup, effective immediately," the team's coach, Ashley "⁠ashhh⁠" Battye, has stated. "The moves are being made to help progress the team out of a period of stagnation, as we feel the core of the roster has the potential to compete at a much higher level in the not so distant future." The team currently ranked 56th in the world has lacked good showings as of late, as they most recently placed 11th in ESEA Premier Season 36, escaping the relegation process ahead of the next season, and went out of Shadow League Season 1, Snow Sweet Snow 1, and the Pinnacle Cup early.

With the British duo out of the active roster, GamerLegion are down to just three players: ultnie
He didn't play for 2 years out of these 3 though. Info probably incomplete and there's a possibility he was in some mixes, but in HLTV timeline you can see that there was a long pause since somewhere around 2018 to the middle of 2020. As far as I know it's because he decided to get a proper education. That fact probably fucked up his career as a pro player since it will be hard to bounce back to the level he was (HR was a consistent top 15 team that peaked at top 7 if I remember it right), but at least he had options now if this doesn't work out in a long term, since pro player career is really short and you either have to make a ton of money in that period so you can invest or something or you need that alternative.
2021-04-15 23:15
1 reply
#189

TheSwiggsScenario
"A native of the land that brought the world original cuisine including 'vegemite' and 'grilled kangaroo' writes:"
2021-04-15 16:43
#131

Daudy
I was asking you why GL is keeping dobbo (because i thought he wasnt good enough) and you said they are keeping him. Few weeks later (without much matches played) they do this.
2021-04-15 16:43
6 replies
#155

csf
There are plenty of talented players in Romania and your second call besides XELLOW was cosmeeeN? Dont you see he hasnt taken this game seriously for the past 3 years? I expected more from someone whose hobby is being a CSGO analyst.
2021-04-15 18:50
2 replies
#154

csf
twitter.com/NexusGamingRo/status/1382647.. + he practiced with GamerLegion for the past week In the tweet Nexus officially said iM is being transferred for an international team
2021-04-15 18:53
1 reply
#158 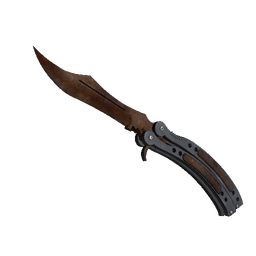