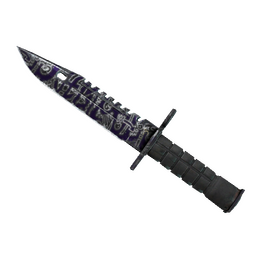 SKADE and Copenhagen Flames were among the biggest names who missed out on a spot in the next qualifying stage and will have to try again.

Sangal and Movistar Riders are the first two names to secure a spot in the Flashpoint 3 closed qualifier after finishing at the top of the first of four open qualifiers leading up to the European Regional Major Ranking tournament.

The Turkish side earned their spot after beating Unicorns of Love and Quantum Bellator Fire in the final stages of the single-elimination bracket, before they were given a default win over SKADE in the deciding semi-finals due to a scheduling conflict with a match in the Elisa Invitational on the Bulgarian side's part. MAJ3R & co. moved on to the next qualifying stage for the RMR event

Meanwhile, some of the most notable teams Movistar Riders beat on their way to the top were 19CM GANG, a mixteam featuring Nikola "⁠Lobanjica⁠" Mijomanović and Rigon "⁠rigoN⁠" Gashi, Chetz, as well as Copenhagen Flames in a closely-contested deciding series.

Three more open qualifiers, played from April 17-25, will determine six more teams advancing to the closed qualifier, which will have five spots on offer at the first European Regional Major Ranking event in 2021. The remaining eight participants will be decided via invites, which are yet to be announced. laughingatmadbettors
The worst part is Turkish actually told Skade they would have no problem rescheduling up until they realized they'll probably lose the chance to get into the closed qualy.
2021-04-16 01:18
4 replies
#140
es3tag |

exceptional_csgo
Nah, they postponed 3 times first it was 8 pm then 9 pm and at the end, it was 10 pm ant at 10.45 Skade was still playing and if the match was not rescheduled to another day the match would start at 12 pm in Turkey and considering that Sangal has the regionals to play for MDL and they have to plat the EDC it is pretty understandable and it is bullshit to cry about this when there are 3 more qualifiers.
2021-04-16 11:57
1 reply
#155

BomberMan_
with #9 and your comment I feel bad for the hate on Sangal. kinda bad sportsmanship, but they would have royally fucked themselves if they delayed
2021-04-16 00:04
#9

gla1ve_nvidia_technician
Dude respect them. wdym they had to force them to forfeit? They don't have to reschedule the match because of opponent's fault. If SKADE wanted to win they wouldn't have made a mistake like this. Whether Sangal agreed to delay the match or not it's their decision.You have no right to speak against them like this.
2021-04-16 00:09
9 replies
#30

Pikasso
It is their decision, but few months ago MAJ3R cry like baby in twitter post that the enemy team was not sportmanship because they didnt reschedule their game.Now he and his team did it!!
2021-04-16 00:12
4 replies
#33
device |

Notorious9
sangal has a relegation match tomorrow and apart from that they have 2 more matches. so why would Sangal want the match to be postponed to tomorrow?respect people disqualified for coach bug in MDL omgg so stupd
2021-04-16 00:41
6 replies
#73

Friendly_But_Low_Low_IQ_Kebab
This actually makes sangal feel relaxer cuz they already tried once to be kind but noone gives a fuck about it so now they are not acting kind and for me thats acceptable
2021-04-16 02:34
#103

Friendly_But_Low_Low_IQ_Kebab
Who doesntt? Tier 2 3 competions are just a joke every team can ridiculously win rounds so noone risk it please think professional
2021-04-16 02:52
2 replies
#98

Mangalesku
Gl to all teams. Too bad for this missunderstood and ff the match for Skade, but it is what it is... it's only the Flashpoint tournament that lose from this kind of default wins! Skade ftw!
2021-04-16 07:57
#126

MagaretoELf
The silence of all sangal players and staff. Speaks enough for all of this. Regardless, it is what it is. If Skade are good enough they will make it in the next qualies and for Sangal. Their true strength will be showcased in the CQ. I hope they don't get absolutely dupstered there. To ruin your credibility just so you get destroyed does not seem like a good trade to me
2021-04-16 11:44
#141

yarrrrrraaaaaaaaaa
How can they delay the match they need to do sahur for ramadan anyway sangal would win like past matches no need cry
2021-04-16 12:05
#145
ALONSO |

_eilrahC
-rep. Lost all respect for Sangal. Shit team that were too scared to play against Skade because they knew they would lose. Not to worry, Sangal will lose immediately.
2021-04-16 13:30
1 reply
#151

SebL
Sangal has a little bit of life left in them, they sometiems show some interesting stuff, the core of MAJ3R, paz and imoRR with right teammates could be a TOP 30 team. Movistar Riders are looking great, I would say they are in my TOP 30 atm.
2021-04-16 21:43
Login or register to add your comment to the discussion.