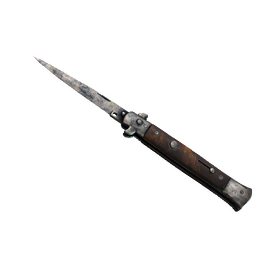 The Romanian talent brings the team one step closer to a complete lineup.

Ivan "⁠iM⁠" Mihai has officially joined GamerLegion, the German organization announced on Twitter on Friday. The 21-year-old makes the move over from domestic side Nexus after averaging a 1.15 rating in the last three months.

With the addition of the Romanian, GamerLegion have four active players, having benched British duo William "⁠dobbo⁠" Dobson and Adam "⁠Adam9130⁠" Ahmad on Thursday. iM's strong form in Nexus caught the eye of GamerLegion

iM has been a part of Nexus since 2018, helping the Romanian organization reach their peak world ranking of #40 at the end of 2020. The team featuring other notable players from the country such as Adrian "⁠XELLOW⁠" Guță, Valentin "⁠SEMINTE⁠" Bodea, and Cătălin-Ionuț "⁠BTN⁠" Stănescu, hit a downward spiral after the turn of the year and currently sit at the 93rd spot in the ranking.

With the addition of the rifler with proficiency in opening duels, GamerLegion are hoping to get out of their own rut. The international squad recently finished an underwhelming ESEA Premier season, barely avoiding relegation, and was unable to leave its mark in events such as Snow Sweet Snow and Pinnacle Cup. p_nilly
Yep. Him and Xellow often carrying the rest of Nexus. Unfortunately GL is not a team that's too much better, but maybe he'll stand out again and climb a bit further up the ladder
2021-04-16 23:13
4 replies
#214
YEKINDAR |

SuperSonicniSmeker
it was huge opportunity to make money, career and name, why would he ever decline it especially the facet that there is not so much talent in romania, first cosmeeN, now iM leaving
2021-04-16 18:26
1 reply
#144
lauNX |

Nachofish
yh but theyll prob play pretty loosly anyways so its fine i dont think theyre looking for a big strat book here or anything. its a fortnite org at the end of the day
2021-04-16 17:59
#106

g4nl0cK
i mean they both needed to be replaced and seminte isnt part of the core that holds the slot for REL so im guess that if he doesnt play good there and in other tournaments that will happend at the same time with REL (3 months long) he will also be kicked
2021-04-16 20:27
#72
f0rest |

darkdany667
naah,this roster is 10x time better than the one with iM and Seminte still on the team,I think they had some problems with the roles,like SEMINTE usually played support now sXe took his role,iM had the entry and aimer role which switched seminte to second awp and just made them play very bad,s0und took the support role now also he is one of the best supports in the country and blytz took the entry role
2021-04-16 18:27
3 replies
#185
iM |

I_was_a_potato
Finally he can play in a decent team Watching him waste his time in nexus was sad so glad to see him step up Hopefully he can evolve and not get screwed like cosmeeN GL
2021-04-16 18:06
5 replies
#129

Nachofish
honestly they arent really worse of than they were before esp if xellow stick around and if blytz is actually that good
2021-04-16 18:57
#139

H1PSTERRRRRRRRR
Finally im can play in international team and wont waste time with romanians with no future Sellow next pls
2021-04-16 20:59
#201

SebL
iM is a great player, one of the best Romanian players to ever play the game I feel like. However I think GamerLegion will need more changes if they really want to be good, I don't think the core of RuStY, Zero and eraa will work long term. But GL to them.
2021-04-17 13:05
#220