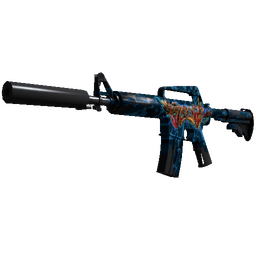 The European tournament is being expanded to 24 teams and will feature 52 best-of-three clashes.

BLAST has announced the second edition of BLAST Rising, a tournament aimed at helping the development of teams outside the top 20 in the world rankings. Produced by Fantasyexpo, the company that holds the BLAST Premier broadcasting rights in Poland, the event has been expanded from 16 to 24 teams and will offer $30,000, down from last year's €30,000 ($32,450 at the time).

It remains unclear which teams will be taking part in BLAST Rising 2021 or how they will be determined, but HLTV.org knows that the organisers are hoping to attract teams from multiple territories. The event will run from May 3-23, concurrently with Flashpoint 3, the first Regional Major Ranking (RMR) tournament of the year in Europe. BLAST Rising 2021 will kick off with six double-elimination groups, with the top two progressing to the playoffs. The third-placed teams will then compete in a knockout stage to determine the last four teams reaching the single-elimination bracket. All matches will be played in a best-of-three format.

"We are thrilled to be able to bring BLAST Rising back for a second year and offer teams outside of the world’s elite an opportunity to impress," Andrew Haworth, Commissioner for BLAST Premier and Director of Operations and Production for BLAST, said in a statement.

"Being able to broaden the CS:GO landscape to a wide range of teams and help create a sustainable ecosystem is something that is hugely important to us at BLAST."

Last year's BLAST Rising tournament was won by HAVU, who beat Endpoint in the grand final. The Finnish side have retained only two players from that team, signing Sami "⁠xseveN⁠" Laasanen and Jemi "⁠jemi⁠" Mäkinen later in 2020, and Jani "⁠Aerial⁠" Jussila only January 1, 2021. LoOuU2
This is great for the teams who won't be in RMR event, gj Blast! Hopefully you sure can assemble the squads from all around the world, been a long time since we last saw an Asian team in a better event.
2021-04-16 16:24
#13

RicardoF182
Hopefully they'll get some Asian and NA teams there otherwise its just another snow sweet snow or nive to five cup and I'm getting pretty tired of those.
2021-04-16 16:50
2 replies
#28