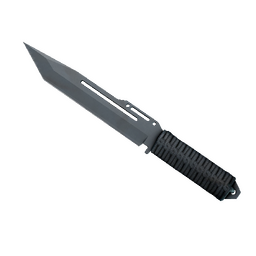 ex-Winstrike took down SAW 3-1 in the grand final of ESEA Premier Season 36, securing the victory in the BO5 final despite starting it with an 0-1 disadvantage. As the winner of the ESEA Premier season, the Russian side has secured a spot in the next season of ESL Pro League, set to start in September.

Contenders for the title from start to finish, ex-Winstrike topped their group with a 7W-1L record, and powered through the playoffs to reach the upper bracket finals. There, SAW took them down 2-1, but a rematch was on the cards after a consolidation final win over AGO. El1an was the best performing player in ESEA Premier S36

Strong Terrorist sides defined the grand final, starting with a 9-6 offensive half from ex-Winstrike on Mirage which they closed out with perfect defense, 7-0 . Moving on to Nuke, SAW was looking good to bounce back with seven rounds on the offense, but they were again outdone by ex-Winstrike's T side, who took the map 16-11.

Train was the last chance for the Portuguese team hoping to make history by qualifying for Pro League, but it wasn't to be. Igor "⁠Forester⁠" Bezotecheskiy put up a monstrous 1.80 rating to bring the series to an end, ensuring his team a spot at the elite competition.

Claiming a spot in the upcoming season of ESL Pro League Season 14 adds additional value to ex-Winstrike, currently ranked 23rd, who left their former organization due to "constant breaches of contractual obligations" at the end of March.

Team coach Dmitry "⁠hooch⁠" Bogdanov revealed that they were close to signing with a new organization in April, but were left disappointed when the organization that is "very respected and quite successful in the CIS region" pulled out of the deal.

"We have really high ambitions and we don't need a lot of money", hooch said in a post-match interview, stressing that what they are looking for is a stable home. "I hope you don't miss your chance and sign us", the coach added, aiming at prospective organizations, "we are going to work more and more and become a better team, I promise."

ex-Winstrike are the first team to qualify for ESL Pro League Season 14, the $750,000 tournament that will take place on September 8 - October 10, with partner teams such as Astralis, Liquid, and Vitality also confirmed. Four more slots will be given out to winners of ESEA Premier seasons in Europe, North America, and Australia, while the remaining slots will be filled through ranking invites and potentially a new partner team.

The team list for ESL Pro League Season 14 is as follows: FinnishPeasant
didnt hellraisers wanna sign them and then say we wont pay you what you wanted and then theres this twitter.com/Reachesportscom/status/13818..
2021-04-18 22:42
6 replies
#52

FinnishPeasant
According to that hellraisers was one of the orgs concidered for flushas new team
2021-04-19 08:49
4 replies
#54

LoOuU2
Didn't the news about that Flusha project mentioned an "upcoming" organisation rather than an already established one signing them?
2021-04-19 02:21
6 replies
#46

SebL
ex-Winstrike is looking great, they are a TOP 20 team for me atm. SAW just lacks firepower so hard. The core of MUTiRiS, JUST and stadodo could reach TOP 20 together, but they need right teammates.
2021-04-19 19:28
Login or register to add your comment to the discussion.