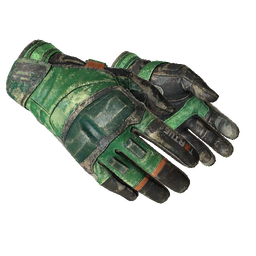 The former Envy player returns to Endpoint for a third stint with the organization.

Endpoint have finalized the signing of Thomas "⁠Thomas⁠" Utting, the British organization has announced. With the 23-year-old's addition, the team is once again complete following the transfer of Shahar "⁠flameZ⁠" Shushan to OG earlier this month.

The Brit is no stranger to the current roster. He previously played with the exact same lineup in his previous stay with Endpoint in 2020, before he decided to join Envy in a stint that would prove short-lived, as the North American organization decided to put its CS:GO division on hold just four months later. Endpoint's early 2020 roster is back together again

The writing was on the wall when it comes to Thomas's return to the British side, as he has been seen standing in for the Max "⁠MiGHTYMAX⁠" Heath-led team on and off for the past three months in tournaments like Snow Sweet Snow 2, the Pinnacle Cup 2021, and more recently the BLAST Premier Spring Showdown.

His official addition to the team comes in the middle of their campaign in the second open qualifier for IEM Summer, where Endpoint are about to clash with SKADE in the quarter-finals at 18:00 .

Endpoint have the following lineup: SebL
Good signing, he is no stranger to this lineup, and he is a pretty good player overall. If they would get some nice support player I think they could be really good in the future. GL Endpoint.
2021-04-20 18:08
1 reply
#91
electronic |

wakemeupwhens0mpledontbait
UK ZYWOO POG
2021-04-22 08:11
Login or register to add your comment to the discussion.