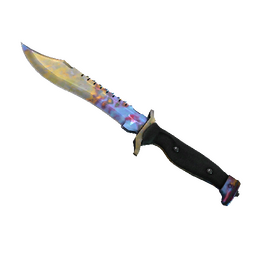 The Danish star begins a new challenge after over five years with Astralis.

Ninjas in Pyjamas have announced the shock signing of Nicolai "⁠device⁠" Reedtz on a permanent transfer from Astralis. The four-time Major winner has signed a three-year contract with the Swedish organisation, replacing Tim "⁠nawwk⁠" Jonasson, who has been made available for transfer.

device was one of the original members of Astralis, an organisation created in January 2016. He played a leading role as the team ushered in a new era of dominance between 2018 and 2020, during which they won countless international titles, including three back-to-back Major crowns to add to the ELEAGUE Major Atlanta 2017 trophy.

His time with Astralis also helped him carve out his stake as one of the greatest players in Counter-Strike history. He currently has the record for the most MVP medals at 18 (including two from Majors), and he has made every HLTV Top 20 since 2014, featuring in the top five in the last six years.

His departure comes less than two weeks after he said that some changes were to be expected in the Astralis camp after the team's rough start to the year. It also signals the end of his long association with Peter "⁠dupreeh⁠" Rasmussen and Andreas "⁠Xyp9x⁠" Højsleth, who had been his teammates since 2013.

"Leaving Astralis is tough, to say the least," device said. "The boys will always be like family to me, but this Covid era has left me thinking a lot; where do I see myself when it all goes back to normal?

"I’ve lived in Sweden for some time now, speaking the language, and I’m really hyped about this young and exciting NIP project. To join one of the most successful organizations, where so many legends have played, inspires me. Just see what LeBron James achieved with the Lakers for instance, and with the Major in Stockholm coming up, bringing that home to Sweden is my number one goal."

In a statement, Kasper Hvidt, Astralis' Director of Sports, admitted that losing device poses "a challenge short term" but explained that the organisation wished to grant him his wish to be part of a team closer to his home in Stockholm.

"We could have insisted on keeping Nicolai until his contract expires in December, but when someone who has served the team the way he has, we will do our utmost to find a solution that satisfies both parties," Mr. Hvidt said.

"The transfer agreement with NiP is such a solution, and while everybody in Astralis is sad to say goodbye to Nicolai, we are also happy that we have been able to accommodate his request in a way that compensates us and leaves us all in a good position going forward."

device's signing comes as a huge boost for Ninjas in Pyjamas, who have struggled to break into the top 10 in the rankings. Signed in January to replace Patrik "⁠f0rest⁠" Lindberg, nawwk has shown flashes of brilliance but has lacked consistency, posting 1.00+ ratings in only 56% of the maps that he played with the team.

"Bringing in device is a huge testament to the work everyone around the club have been doing for the past years," NIP Chief Gaming Officer Jonas Gundersen said. "We set out on a venture to rekindle the magic that NIP stands for and in this day and age. That means transforming into a modern esports performance unit that can define new standards.

"Attracting and retaining the best talent in the game is at the core of that, and dev1ce is one of the very best in the entire world. We’re here to stay and we are here to win championships. The hard work to fill the ambitions that we have has only just begun."

device will have a baptism of fire for Ninjas in Pyjamas as he will make his first appearance in Flashpoint 3, the first Regional Major Ranking (RMR) tournament of the year. Astralis have announced that Lucas "⁠Bubzkji⁠" Andersen will be the team's fifth player in DreamHack Masters Spring next week.

With device's signing, Ninjas in Pyjamas now have: QuadLutz
yup, nobody from heroic would leave their team rn probably. honestly there is no alt for device really, all the other danish awpers beside cadian are mediocre
2021-04-23 14:26
#1505

DucX
everyone going crazy about this but then again astralis were doing pretty bad up until now so this kinda make sense? astralis was def not going to win the major this year soo dev1ce might of made the right choice
2021-04-23 12:42
2 replies
#1186

|witcher|
The online era has some sort of a different meta. Astralis shouldn't have changed anything since it will go back to lan at some point, but I understand it was device's will to play in sweden.
2021-04-23 13:38
#1043

menace47
im a bit of a late bloomer, but thats basically exactly what g2 did with scream back in the days. they sold him to titan, and after the kqly situation they sold their team to faze and got the titan team for free.
2021-04-25 00:09
#2591

VakantieVincent
Name checks out and maybe your comment will forever be immortalized on maybe the most commented on thread on HLTV.
2021-04-23 16:48
#1879

far3l
i would have never guessed it ends this way. I was saying dupreeh leaving might be the "shock" everyone was talking about. Never would I have tought that it will actually indeed be device.
2021-04-23 12:13
10 replies
#448
broky |

far3l
yeah it absolutly makes sense for him. But he was founding member of astralis, probably the most cocky astralis player aswell. He was the one who kept delivering the past month. I would have thought the same as #455
2021-04-23 12:21
#651

R3ALMM
Nip was a massive shocker for Device. I would have thought that Devve would have stayed in Astralis until he retires. Replacing JW in Fnatic would have been potential too.
2021-04-23 12:15
2 replies
#739
dupreeh |

far3l
There is something more to this maybe. A week ago I wrote about that glaive, dupreeh or xyp leaving would not be shocking. Before joining astralis glaive had almost ended his career and said he "just wants to be on the top once". He has been there and he clearly is no more. Also he is becoming a dad soon. Dupreeh talked about thinking about retirment because of his age just weeks ago. Xyp has already taken much time off in 2020 and seems to be a ghost of his former self in games. Maybe they just sat down and talked about it and with 3/5 people openly thinking about quitting competetiv CSGO at the highest level, maybe device just wanted to get a "jump start" on the upcoming collapse of the team he once helped building. Also with his two remaining core-teammates retiring, maybe he just didnt want to build a new roster with the same org he always shared with Xyp and Dupreeh.
2021-04-23 12:33
1 reply
#1255
thamlike |

p_nilly
You make some good points, and I have to agree with you. If they retire now, there is no shame in walking away... they are basically still on top and regarded as the team to beat, despite their recent losses. Nobody would say they are washed up etc for hanging around longer than they should if they stop playing at this point. As for device, he's capable of hitting the flicks but his best work comes when the team work together well
2021-04-23 13:46
#574

MarsPi
Must be, right? Can't think of a bigger transfer ever. Might be one of the biggest transfers in esports in general Hopefully he will thrive. Might take some time tho
2021-04-23 12:30
6 replies
#1540

nexustron
This has to be the biggest transfer in CSGO history right? This is bigger than NiKo to FaZe NiKo to G2 karrigan to FaZe (2x) coldzera to FaZe s1mple to NaVi s1mple to Liquid Magisk to Astralis etc
2021-04-23 14:54
3 replies
#1790
Ryujin |

sofuckingemodude
when was nip last relevant? you forget the entire nip team left the org because the owners were literal scumbags. signing some young players and expecting it to be good doesnt =/= potential. they need to show results first which they really havent, sure they've made some ok results but that's about it rofl
2021-04-23 12:11
4 replies
#432
ropz |

kurtits
they were playing really well in EPL13, plopski and rez have been playing really good while in nip, only ztr is the one player im not so sure about. yes it could be a flop for device, but all im saying is dont count NIP out yet bro
2021-04-23 12:14
2 replies
#454
f0rest |

hilebard
nip hasn't been relevant because they have been revamping their roster. Now it's been revamped, and they are showing better results than astralis are. And that's before the device signing
2021-04-23 12:21
#885
jabbi |

JKTP
Jonty our flairs finally united to make one super team Device is fluent in swedish and he could finally bring the experience and "Super player" mentality the team needed.
2021-04-23 23:11
3 replies
#2336

ramkain
Astralis never had a competitive era. It was just every team playing Astralis's game. Really sad how things went throughout the years.
2021-04-23 12:18
#517

Cr3eP_70
Is time for people to understand the difference between being a player and a professional player...! Congrats to both NiP and Astralis orgs for being able to keep this a secret till Is done. Same to dev... This is what being professional means and indeed what is shocking everyone.
2021-04-23 12:19
#539

Snaddehat
Very interesting transfer! Huge boost for NIP, huge loss for Astralis. Perhaps Dupreeh moves to main awp now, and bubzkij goes on the lineup as entry/aggressive lurk? I'm very excited about this! Something surely needed to happen within Astralis, and this explosive move might be just what they need to overcome what has looked like complacency for some time now.. Congrats to NIP and Dev1ce, i hope to see them as title contenders moving forward
2021-04-23 12:21
1 reply
#931

Voxdalian
Astralis has slowly been replacing him with Dupreeh, and they already have Bubzkji on-hand, they'll probably look to either get Es3tag back or just keep Bubzkji if he proves to be a good replacement. I don't think Astralis would fall apart because of this, though definitely not be the top team anymore. NiP might get better, they might continue to stagnate, they'll probably not become worse. Funny thing is that Astralis gets rid of their sick guy, and NiP had one for a long time, and now they get another. I wonder how expensive it was, if his contract ended it's easy, but if not this would probably a huge transfer.
2021-04-23 12:21
<a href="/news/31614/nip-complete-device-signing#r48704167" class="replyNum