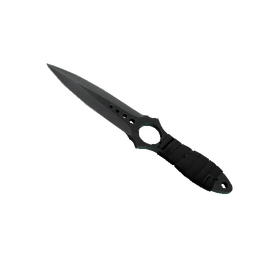 forZe secured a spot at LAN Sweet LAN with their grand final victory over EPG Family.

EPG Family, the recent ESEA Premier champions, were on the road to adding another notch to their belt with a clean run at Spring Sweet Spring. Dmitry "⁠hooch⁠" Bogdanov’s men were going into the grand final with a 6-0 record in the tournament and a broader 11-match winning streak, but forZe spoiled their countrymen’s plans by taking the final three-map thriller, which ended in the 30th round of the decider map, to win the title.

This grand final victory puts the squad led by Andrey "⁠Jerry⁠" Mekhryakov through to the LAN Sweet LAN tournament, where a plethora of winners from the same tournament series will face off in Belgrade, including Snow Sweet Snow frontrunners mousesports, HAVU and FunPlus Phoenix, with the initial tentative dates aiming at it taking place next February. The grand final series started on Overpass, EPG Family's pick, although it was forZe who got ahead on the CT side. EPG Family quickly tied it up before a back-and-forth series of rounds ensued, although they finally took the three last rounds before the half. forZe brought the map back to a 12-12 tie with decisive offensives, but Aleksey "⁠El1an⁠" Gusev swung momentum in his team's favor with a four-kill round after which EPG Family went on to close out the map to take the lead in the series.

EPG Family and forZe brawled in the opening rounds of Mirage, with clutches by Aleksey "⁠NickelBack⁠" Trofimov and Almaz "⁠almazer⁠" Asadullin swinging momentum back-and-forth like a pendulum, although it was the squad under the orders of hooch who were able to run away initially, leading 7-3. An impressive comeback put forZe on top at the half, however, as they chained five rounds in a row before switching sides. On the CT side forZe continued to throw their weight around and ran away with their pick, 16-10, to force a third map.

It appeared as though forZe were going to be able to bring their CT-side momentum to Dust2, going up 3-0, but EPG Family turned the tables in the early rounds, winning five in a row, although they again ran out of steam as Aleksandr "⁠zorte⁠" Zagodyrenko and co. took the remaining rounds in a 10-5 half. A quick five in a row by EPG Family tied things up going into the last 10 rounds of the series, but they failed to keep the pace and fell behind, 11-15. EPG Family made a last stand heroic attempt at sending the map to overtime, but a 1vs2 clutch by Evgeny "⁠FL1T⁠" Lebedev with seconds left in the final round of regulation sealed the deal for his team to win the title.

The LAN Sweet LAN team list so far is: Anarchybr
Deserved! I’m not even bothered by the loss FURIA had today because they were invited directly to the semi finals and I thinks this is very very unfair.
2021-05-05 22:51
#26

SebL
forZe is actually looking pretty good. EPG Family is great, they are a TOP 20 team for me, and I'm surprised they didn't win this, but sometimes you win sometimes you lose, unlucky, they will comeback stronger.
2021-05-05 23:18
#39

futplxyer
epg lost this final so they continue playing the next spring sweet spring tournaments. Either that or they are LAN dodging
2021-05-05 23:42
1 reply
#45

darkkshaddow
So proud of this team getting back to their winning ways. They need to show a little more consistency on the CT side but this could be another good tier 2 squad to watch.
2021-05-06 02:02
#55

CYETA
virtus pro were good on lans, gambit didnt get to play many lans since they were new team, navi are as good online as they were on lan, vitality literally peaked online and barely accomplished anything on lan
2021-05-06 17:13
4 replies
#75
nak |

CYETA
yes, i forgot teams arent allowed to eventually improve with time :( you're mad that furia lost to a better team and now you're talking out of your ass by providing worst examples lmao
2021-05-06 17:17
2 replies
#77
nak |