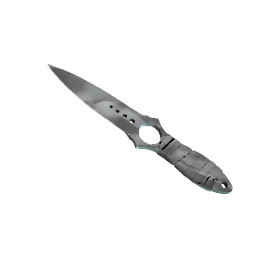 The Regional Major Ranking (RMR) event for Europe will be one of the longest Fantasy games yet.

Flashpoint 3 is set to go live on May 10 with the first round of the 16-team double-elimination bracket. The tournament will span 20 days and have the likes of Heroic, Astralis, G2, and Complexity competing for RMR points which will decide the team list for the PGL Stockholm Major in October.

In terms of Fantasy, users are free to create their own teams using players participating in the event, with NIP debutant Nicolai "⁠device⁠" Reedtz sure to attract a lot of attention. device is NIP's most expensive Fantasy player at $230,000

As Flashpoint 3 is a long tournament that includes upper and lower brackets, as well as a number of placement decider matches, the initial matchups shouldn't make a big impact on player selection. Instead, Fantasy players are likely to focus on team form and price when deciding on their teams.

Heroic players stand out in terms of recent performances, but finding great budget picks will be no easy task considering the lack of stability among the top squads. Nemanja "⁠huNter-⁠" Kovač at $208,000 and Lucas "⁠Bubzkji⁠" Andersen at $194,000 could be popular picks, with the playoffs of DreamHack Masters Spring set to provide more insight into player and team form.

Users can create their own Fantasy leagues and compete against friends or join the official HLTV league, where the three best-placed players will earn skin prizes provided by our partner BitSkins.