The multi-national Asian roster will continue playing together while they search for a new home.

Thai esports organization NG has closed its doors, announcing the news on their Facebook on Friday. In the post, one of the organization's owners Samakorn Mahawong was singled out as the reason for the operation shutting down, as his actions "led to an inevitable fall of the project due to lack of investment and support that was promised," it is claimed.

The remaining co-founders were not responsible for Mahawong's actions as the director of NG, according to the announcement, in which it is explained that the "CS:GO team, social media team, and the co-owners will continue to operate under a new banner" while looking for funding that would allow them to reach the vision they have for the team. XigN and co. are looking for new funding

NG's team was finalized in January and played a limited number of HLTV-featured matches since, but intends to stick together as a five-man squad in hopes of leaving a mark on the Asian scene in the long run. The ex-NG squad is yet to announce under which name they will be competing moving forward.

NG had the following roster: MIBgodlike
True they lacked good igl and had role clashes within the team but broo I feel so sad for XigN and xccurate, they are so skilled
2021-05-07 17:16
3 replies
#78

lumayan
LOL, this is why I hate delusional indonesian. Imagine calling impression bad and saying xccurate good? come on bruh open ur eyes, and see how inconsistent and shit xccurate is.
2021-05-07 18:01
#104
EliGE |

1arigun
Every one of them are skilled as well, cbbk looks kinda bad. erkaSt is decent IGL that he won ESL One Road to Rio with Tiger(while he was IGLing). They just need to get into bootcamp. Xign and xccurate has been pretty consistent lately while impressioN and others aren't( No hate for the boys as they're my fav asian team)
2021-05-07 18:23
#6

kaeschdle
Meh On paper they looked kinda solid, hope somebody picks them up Sad 4 Thotsaphon Suphatthanaphalaphon and the gang
2021-05-07 16:41
#17

Blitzer
no shit. the csgo asian scene is dying plus it was obvious that this roster would not last long for logistical reasons xign and erkast would be good options for many EU teams
2021-05-07 17:25
3 replies
#83
HUNDEN |

individual
this is not asian superteam but english speaker team asean level cs too weak for even asian level the thai owner probably just realized they cant keep any thai player in such team who cant compete at top asian level
2021-05-08 03:58
#132
z4kr | 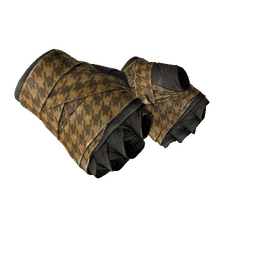