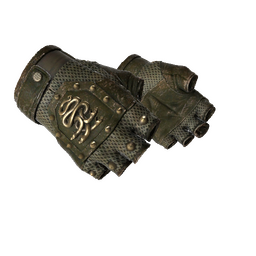 The DreamHack Masters Spring champions stumbled in their second match at the Regional Major Ranking event.

Entropiq defeated Natus Vincere 2-0 in the group stage of EPIC League, the first Regional Major Ranking event for CIS in 2021. The squad that signed for the Czech organization shortly before the event swept Aleksandr "⁠s1mple⁠" Kostyliev and co. on Nuke (16-8) before sealing the deal with an overtime win on Overpass (19-17).

With teams only eliminated after three losses in the Swiss stage, Natus Vincere are in no danger of elimination yet, sitting on a 1W-1L record. However, falling to a team ranked 20th in the world added fuel to the discussion regarding the inconsistency of Andrey "⁠B1ad3⁠" Gorodenskiy's team, as just a week ago they brushed aside three top-10 teams in FURIA, Heroic, and Gambit to win DreamHack Masters Spring. Natus Vincere were looking off from the get-go of the series as Entropiq kicked off their opponents' map pick Nuke with an 11-1 lead. AWPer Aleksey "⁠El1an⁠" Gusev stood out in the CT half with 100% KAST (rounds with a kill, assist, survival, or traded death) and gave little hope for a second-half comeback from the "Black and Yellow". Overpass was a back-and-forth affair featuring a vintage s1mple performance, but the Ukrainian's 1.45 rating was not enough for the victory as Entropiq's rifler Igor "⁠Forester⁠" Bezotecheskiy stepped up to the task with a stellar game of his own (1.41 rating), securing the upset.

Entropiq's victory over Natus Vincere puts them just one win away from the playoffs, with the newly-signed team looking to go from strength to strength after qualifying for ESL Pro League Season 14 and reaching a new peak ranking on Monday.

Other than the Entropiq - Natus Vincere match, the early rounds of EPIC League CIS 2021 offered little to be surprised by as most favorites secured their wins and progressed to the 1-0 bracket. Action in the tournament continues shortly with forZe taking on Nemiga, while world No.1 Gambit will face off against Spirit on Monday. Erudite_Dane
Entropiq actually is playing fundamentally good CS. If they could get more opportunities in Tier1 tournaments, they would be Top15. They are like at Team Spirit's level. GGWP.
2021-05-16 20:15
4 replies
#93

|TheDarkKnight|
NaVi has always been inconsistent as fuck against teams from their own region, sometimes they smash them, sometimes they choke harder than TSM in semifinals.
2021-05-16 19:28
2 replies
#38

AskeladdVT
Look NAVI player soc media, yesterday no training at all probably a free day, NAVI don't prepare for the game at all vs top20 team, oblivious upset real. Plus on Nuke very messy start, lose some free rounds, etc.
2021-05-16 20:25
#132

ssau
This isn’t even THAT much of an upset. Maybe slightly because Navi is higher ranked. But everybody knows this team can beat Navi any day of the week
2021-05-16 19:27
#35

crematorium
If Na Vi doesnt kick Blade with his strats ,Na Vi will never be a top tier team....sorry to say that.The strat staying until 20 seconds it s so bad for so many reasons..First.if they push a little bit you are getting fucked in the ass and they know your positions...second they rotate all 4 in the same site...3. it s hard to shot multiple people on the same site...because it s chaotic...I hate what blade is doing to Na Vi...and boombla with his calls not to plant and wait to kill
2021-05-16 19:54
#61
ceh9 |

TavishT
I don't think it's much of an upset, CIS teams have good anti-strats against Tier 1 teams that play a lot, and Entropiq probably studied NAVI very well before this matchup, whereas NAVI perhaps didn't manage to find the same success. And also Entropiq are playing really well, props to them.
2021-05-16 20:39
#86
EliGE |

GODbanjica
Wtf was that nuke. The way navi played nuke tells me they didn't prepare for this match. Force buy after force buy. Questionable buys as well. Horrendous man advantage conversions. Are they practicing new strats or are they hungover kkkkkkkkkkkkkk
2021-05-17 04:36
#130

bigboibryan
Honestly, Entroiq got really lucky with all the spam through smokes. Navi's still at fault for giving up nuke, probably due to sheer overconfidence, but I must say, s1mple getting cs Go'd was huge on overpass. Also, a lot of clutches could've gone either way. Kinda lucky win. Won't happen again
2021-05-17 17:07
#136
br0 |