Spirit have ended their four-series loss streak against Gambit with a 2-0 victory in EPIC League CIS, marking the second upset of this round of the Swiss stage after Entropiq defeated Natus Vincere on Sunday.

The chopper-led squad picked up wins on Mirage (16-5) and Dust2 (16-14) to put themselves at a 2-0 record in the Swiss stage, and now need just a single series win to secure a playoff berth, while Gambit will need to dust themselves off and regroup for their next matchup. There were no weak links for Spirit in this contest

Gambit came out on their map pick of Mirage brightly by earning a 3-0 start on the Terrorist side, but Vladislav "⁠nafany⁠" Gorshkov & co. fell flat as Spirit took control of proceedings. In the final stages of the half, Abay "⁠Hobbit⁠" Khasenov ran into connection issues as "electricity went off and he had to switch to another location", leaving his team with four players momentarily. As play resumed with all players back in the server, Spirit continued where they left off and briskly wrapped up the map 16-5.

Spirit carried over their momentum into Dust2, where they secured five consecutive rounds off the bat. Gambit eventually found their footing, but their opponents held out for a one-round lead at the midway point. The second half was a back-and-forth between the two teams as neither side could gain a substantial advantage over the other, with a Boris "⁠magixx⁠" Vorobiev 1v2 clutch being the deciding factor in the 30-round affair.

Virtus.pro vs. TRIDENT is the final match to take place before the start of the third round of matches in the Swiss group, which will see the first set of teams eliminated and the first batch advance to the playoffs. kikimbeR
bro he was playing in his own computer club that game i was there yesterday and issue was lightening outage
2021-05-18 06:14
2 replies
#73

mmmajestic
They made a favor for Spirit so Spirit could 3-0 and dont face Anus Shitcere at least in groups while Gambit can easily rekt Shitcere
2021-05-19 10:16
#68 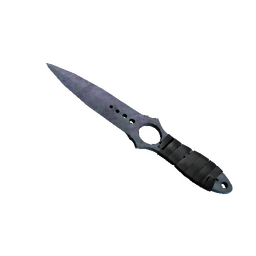