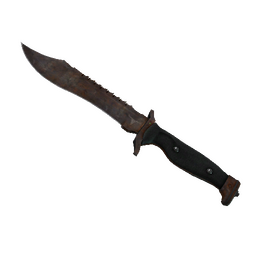 The Dane will take over in-game leadership duties from Dennis "⁠dennis⁠" Edman.

Apeks have announced the signing of Asger "⁠AcilioN⁠" Larsen as their new in-game leader. Rasmus "⁠kreaz⁠" Johansson has been removed from the roster to make room for the 24-year-old and will be released from the organization when his contract comes to an end in late June.

The organization has explained that the move was made to "make the roles add up" and put every player in more comfortable positions. "We have chosen to sign AcilioN because he is an experienced captain and in-game leader," the team's coach, Pål "⁠Polly⁠" Kammen, has stated. "This means that dennis will get to focus on the things he does best, and the roles in the team will be much more natural." AcilioN will take over the reins from dennis in Apeks

AcilioN joins the Nordic team just three weeks after he was benched in Copenhagen Flames, where he played for six months in his second stint with the organization before the Danish side underwent an overhaul with the signing of MAD Lions duo Fredrik "⁠roeJ⁠" Jørgensen and Rasmus "⁠HooXi⁠" Nielsen.

The Dane's debut with the new team, who are currently ranked 63rd in the world according to HLTV.org's team ranking, is expected to take place in Spring Sweet Spring 3 Regionals, which is set to run from June 7-18.

Apeks now have the following squad:

Rasmus "⁠kreaz⁠" Johansson (to be released in late June) AnchorCS
meh doubt it. I mean i understand norwegian or would rather quickly depending on the person, but swedish is gibberish to me and most other danes lol
2021-06-05 02:08
#59
hallzerk |

shrimpony
He meant nordic. Alot of people dont know the difference and I cant blame them. We se Finland as honorary scandinavians anyways.
2021-06-04 19:12
2 replies
#62

GauteError
They were trying to, but after they lost jkaem they realized it would be impossible within the next couple of years
2021-06-05 01:37
#29

CharlesEmilNilsson
Hmm good pick up but overall the teams looks weak and are they even able to speak "nordic" now or must they use english? Had such High hopes for apeks, with a bit of luck and shit, could they have gotten really strong players and a noice team.
2021-06-04 18:43
4 replies
#42
Habbo Hotel |

AnchorCS
most danes most defo don't understand swedish lol. I have swedish friends and we usually end up speaking english with everyone
2021-06-05 02:12
#31
device |

AnchorCS
device is kinda excluded since he has been living in sweden for a long time. They are kinda similar, but it's still gonna be a tough time i think, unless acillion has lived north of denmark
2021-06-05 02:13
#44
BnTeT |

postwarscars
I just have no idea why anyone would pick up ⁠AcilioN at this point. He never stays in teams long term, and has never had stellar results over 7 years. It's mind blowing.
2021-06-04 20:34
3 replies
#94

WESG_quarterfinalist
The runour has it incest brothers might be one of those banned for matchfixing. Whether this turns out to be true or not still cant point it out why would one wanna sign these mediocre players being around for so long and still not being able to prove themselves as somewhat decent.
2021-06-05 17:42
#120