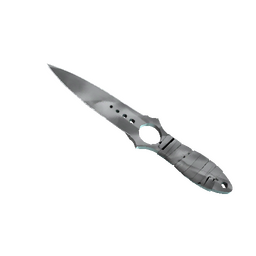 The 31-year-old Bulgarian is free to resume coaching duties after providing evidence that he experienced the spectator bug without his knowledge.

Anton "⁠ToH1o⁠" Georgiev has been allowed to coach again after having his 10-month ban lifted by the Esports Integrity Commission (ESIC), according to a statement issued by the esports watchdog on Tuesday. The decision follows an appeal launched by the Bulgarian, one of the 37 coaches who were sanctioned by ESIC in September as part of an investigation into the use of the spectator bug in competitive Counter-Strike.

ToH1o was found to have experienced the bug on two occasions in 2017, in one round of ex-Outlaws's IEM Oakland open qualifier win against hASSeLsNOk, and in all 30 rounds of Windigo's Inferno victory against Tricked in CS:GO.NET Cup 1.

ESIC accepted the grounds for ToH1o's appeal, which included evidence of the Bulgarian coach having experienced the infamous coaching bug without his knowledge. At the moment, it is unclear whether the ban the former Windigo and SMASH coach received from Valve for the next five Majors will be lifted as well. ToH1o is eager to coach again after getting his ban lifted

"I would like to thank ESIC for their understanding and for providing me the chance to appeal and to provide a big amount of evidence regarding my case," the 31-year-old has told HLTV.org. "It took six months, but I clearly understand ESIC and their tight schedule dealing with the cheaters out there!"

"I am really happy and it took me soo long, but now I am free! I'm ready to start working again and I will be looking to get back in the coaching role again with any roster and any region out there! I didn't leave the scene, I was closely spectating it, so I am up to date! Also, I have a USA visa and am open to relocate for new projects," the coach went on to share.

ToH1o is the second coach to have his spectator bug ban removed in full by ESIC. Former forZe coach Sergey "⁠lmbt⁠" Bezhanov successfully appealed his ban last October in a similar fashion, as ESIC were able to verify evidence that the Ukrainian veteran was not present at his computer when the bug occurred and that he disconnected in due time in the remaining matches in question. AFCHannes
this is so unfair, imagine now if there is more innocent coaches who've been banned for no reason, also some coaches now can lie with an excuse of how they've incorectly been banned when they actually used the cheat.
2021-06-15 16:34
9 replies
#36

scorchy
no they can't lol, you can check where coaches were looking in demos while in the spectator bug, lying about not abusing it would be obvious instantly
2021-06-15 16:44
5 replies
#60

ChrisehCS
If that was true the innocent parties would not have been banned in the first place. Your point kind of contradicts itself.
2021-06-15 17:24
4 replies
#115

AngelReaper
not really, they were banned because they experienced the coach bug, ESIC has the demo of the match as a evidence. but coaches who didnt abused it can provide team comms, plus some kind of recording that will show they didnt used it to win games. ESIC explained that they couldn't gather all the extra recordings because it will take forever, so thats why they gave a chance to the coaches to battle their punishments if they are able to show some extra information to clarify their situation.
2021-06-16 05:14
3 replies
#129

ChrisehCS
Your point doesn't really mean much but anyway; Yes they give them a chance to appeal, 6 months later he finally got a response. 6 Months of doing no work. 6 Months of people thinking you cheated. Your reputation doesn't recover from this fully.
2021-06-16 14:07
2 replies
#130

AngelReaper
just think is like a court case, each part presents their evidence, and someone has to make a judgment and a decision based on that. a simple court case can last for years. it takes time, and ESIC doesnt have many resources. the reputation, sadly is true, the damage has already been done to it, and there isnt any clear fix.
2021-06-16 15:27
1 reply
#131

ChrisehCS
Thats not a great example though. A court case involves hundreds of people across multiple parties. This was just ESIC and ToH1o/Whichever org he worked for at the time. And also you wouldn't just get sentenced immediately in a court case. That comes later depending on the case. ESIC are just once again showing that they have taken on way to much work and haven't given people real justice, like they were telling everyone would happen. I mean we are still waiting on the match fixing stuff to come out almost half a year after they originally announced it.
2021-06-16 15:59
#42
DickStacy |

AverageMuppet
I think if you read the article it says ‘evidence’ a few times implying he proved he did not take advantage of the bug which actual abusers cannot prove because they were abusing it making it fair that he was unbanned It also likely means they’ll be on to the next coach who has appealed and so other coaches unfairly banned will also eventually be reinstated
2021-06-15 16:52
#66

finnish_flusha
yeah, didn't toh1io appeal the ban in like December at least? Over 6 months to handle appeal, that's way too low. What ESIC is trying to do is good but at the moment their not just working like they should.
2021-06-15 18:19
#8
seang@res |

AboveYall
arent we communicating in english rn ? i didnt even bother to read the article but afaik he was banned for abusing the coach bug.. whats ur poin tho and whats up with my english ?
2021-06-15 20:17
2 replies
#105

xameleon15
And where did he say/imply that TOH1O is banned and is abusing the bug? Learn to read my friend before dropping dumbo comments like your neighbours from south.
2021-06-15 21:37
#20

NitczkaCS
Well he could be at a place he can see actually his screen and tell the guys if there are players or not where he stuck. They could even see the screen. My question was actually if it’s technically possible to have bug each round without doing anything
2021-06-15 17:06
2 replies
#62

phrog69
Literally wtf are these guys doing bans ToH1o for 10 months and takes 8.5 months to appeal like wtf are these clowns doing?? twitter.com/JakeSucky/status/14048127036.. straight up missed job opportunities because of some incompetent lazy scumbags wrongly accuse this guy "maintaining competitive integrity" doesn't mean jack when there's no integrity in your own policies
2021-06-15 17:00
#52