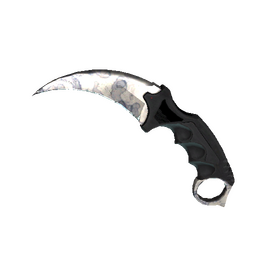 The CIS derby will take place on Saturday at 15:30 , with a grand final spot on the line.

Natus Vincere knocked BIG down to the lower bracket of BLAST Premier Spring Final with a 2-0 victory, beating the German team resoundingly on Dust2 (16-2) and edging out Inferno (16-14).

BIG's pick of Dust2 backfired heavily as Johannes "⁠tabseN⁠" Wodarz and co. couldn't match up with the Russian-Ukranian side in any department, and Ilya "⁠Perfecto⁠" Zalutskiy's clutch play proving most difficult to deal with. Then, on BIG's first Inferno played since March, Natus Vincere managed to come back from a 12-7 deficit as Terrorists to win the series in two.

In the post match interview, Aleksandr "⁠s1mple⁠" Kostyliev admitted that his team expected to play Overpass, but BIG's deviation from their standard veto pushed them towards Inferno. Commenting on the upper-bracket final matchup, the AWPer said that he hopes Natus Vincere are Gambit's kryptonite, as they are the only team with a good record against the world's No. 1 winning the last two head-to-heads. "Maybe they are playing too much, we started to learn their game and play better against them. But still I think they are always focused against us," s1mple concluded. Natus Vincere were off to a blazing hot start on Dust2, the pick of their opponents. In no time, BIG found themselves 10-0 down on the offensive side as three clutches from Perfecto didn't allow the Germans to get going. The Russian-Ukrainian side dropped just two rounds before switching sides, went on to win the second pistol, and swept the map 16-2 to move on to Inferno.

With a second-round force-buy win, BIG quickly went on to grab a 4-1 lead on the second map, outdoing their total for Dust2 swiftly. Kirill "⁠Boombl4⁠" Mikhailov's double entry with the CZ-75 set up Natus Vincere to win a force-buy, inspiring his team to tie the scoreline at 5-5. As the map went on, Ismailcan "⁠XANTARES⁠" Dörtkardeş and Nils "⁠k1to⁠" Gruhne continued to cause problems for the defense and finding openings, pushing BIG to a 9-6 advantage at halftime.

The Turkish player picked up four on the pistol and clutched a 1v2 in the follow-up to see his team move closer to victory (12-7), but Natus Vincere didn't falter. Valeriy "⁠B1T⁠" Vakhovskiy powered through and inspired a comeback with a 15K-8D Terrorist scoreline. The CIS side made the most of the opportunity he provided and closed out the map 16-14 after a couple of frantic rounds at the end of the match. navi_will_win_major
I don’t think going for knife was that crazy, s1mple was low and would have gotten another shot off even if kito went for pistol. He tried to be a harder target to hit but that just didn’t work against god s1mple
2021-06-18 00:05
2 replies
#51
Vodka |

Maxim1lli1aN
k1to could've kinda jumped back to the right while getting pistol out and then only 1 hit would get the job done but yeah wasnt that bad of a decision from k1to in such hectic situation
2021-06-18 03:17
1 reply
#53
s1mple |

1nsaneMe
In that range knife is better than pistol when awper has already missed the shot. It's not his fault that s1mple is just so unbelievably good even under pressure situations.
2021-06-21 01:53
#12
s1mple |

BECTHuK_CMEPTu
good play can be one-sided because one team will have good play. Good games and equal games have different meanings. Let's say you watch level 3 equal games, and then you see a good game from top 1, where there are much fewer mistakes. Bottom line: you've seen a competitive game with a bunch of tier3 level errors, where the quality of the game is far from ideal. And then you see an excellent game of the top1 team, where there is no intrigue, but there is an excellent game from 1 team that is exciting.
2021-06-21 02:06
Login or register to add your comment to the discussion.